Hope For Paws, an animal rescue organization in Los Angeles, California, received a phone call about a senior dog who had been dumped on the streets. The dog’s owners moved away and left him behind, all alone to fend for himself.

Neighbors in the area had been feeding him for over a year until someone finally alerted rescuers. Volunteers JoAnn Wiltz and Lisa Arturo arrived at the location to try and save the pup. They spotted him lying in the grass on the side of the road, but once he saw them come near, he got up and walked across the street. 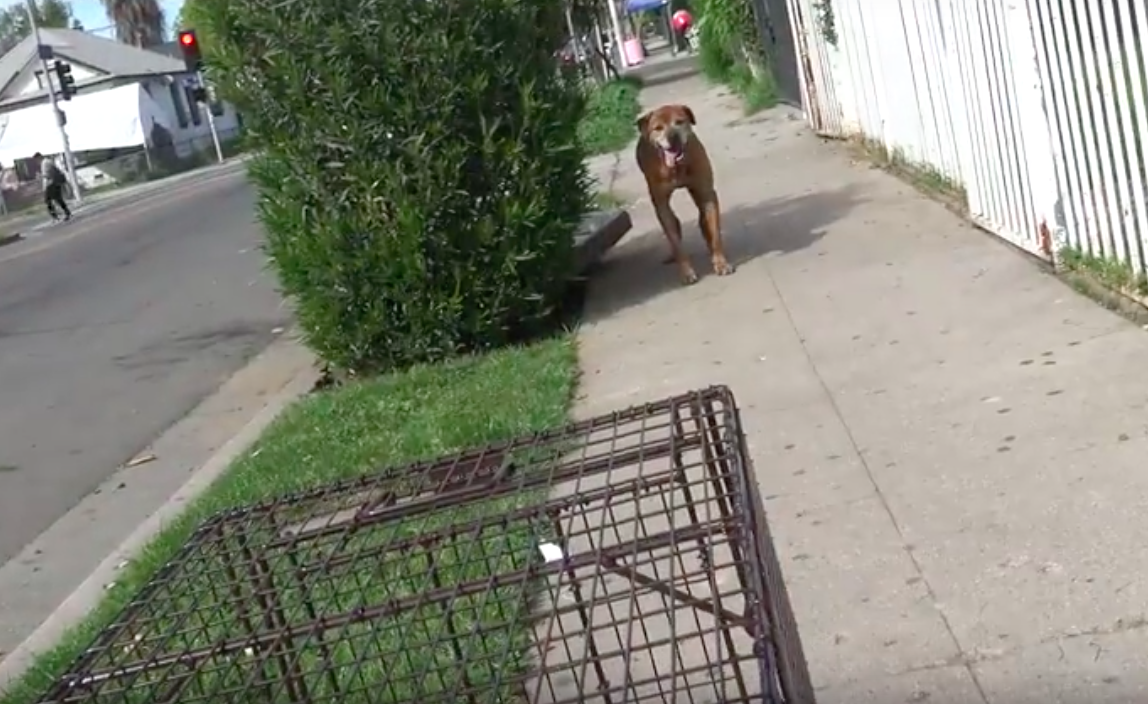 The women made made a trap by placing food in a crate to try and lure him in it. He was clearly starving, but did not trust the trap. They decided to try and lure him with food themselves instead of using the trap. Arturo held out some food, and luckily he trusted her enough to get close to her. She put the leash around him. The dog was understandably nervous, but he realized that they were there to help him and not hurt him. 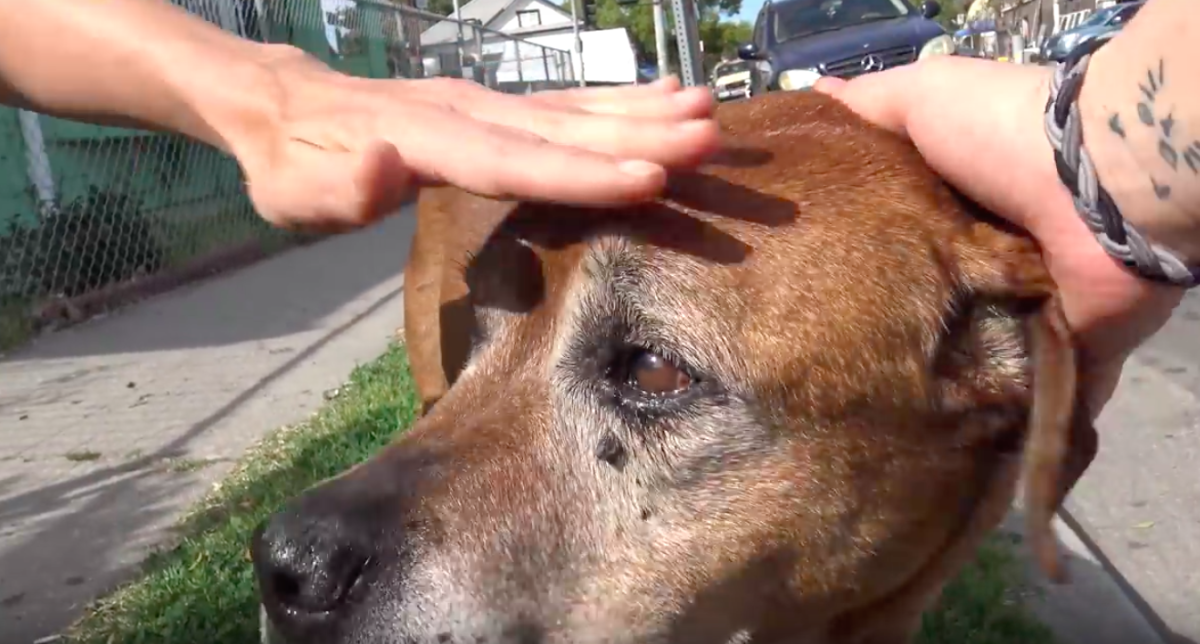 The dog, who they named Pumba, was very gentle and friendly. They lifted him up into their car and brought him to the animal hospital. Pumba was loving this new-found attention; it was probably the first time he had felt love in so long. 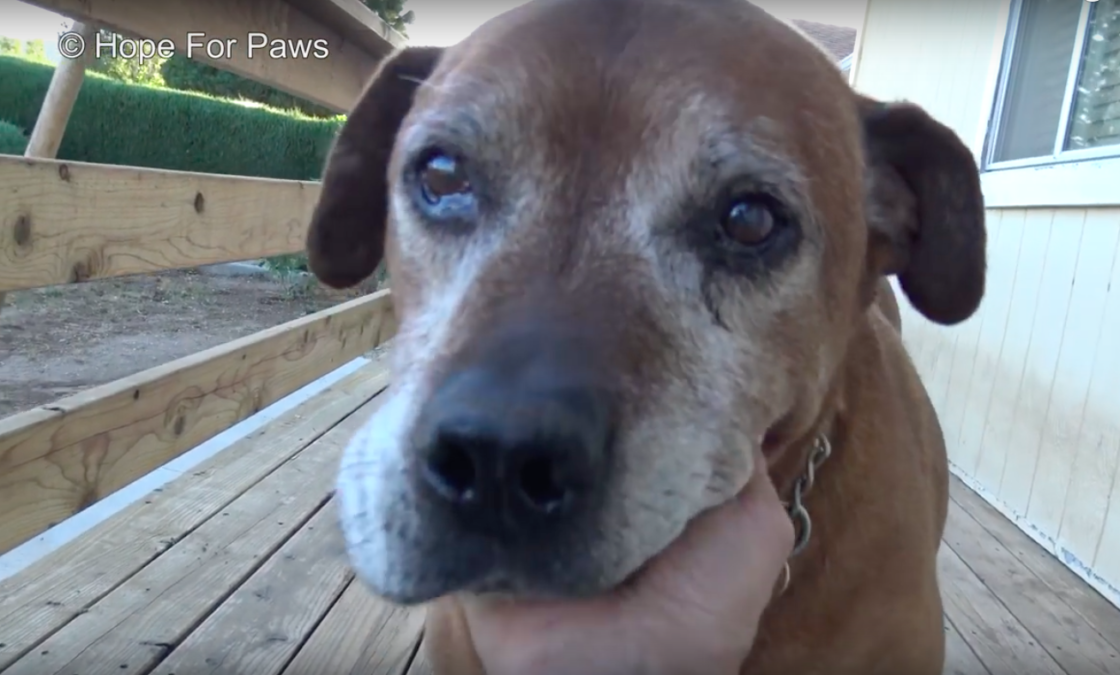 Pumba is now living with a foster while he awaits his new forever home. He is a very happy dog, loves attention, and is just so grateful to finally be off the streets. He no longer has to worry about being left behind ever again. 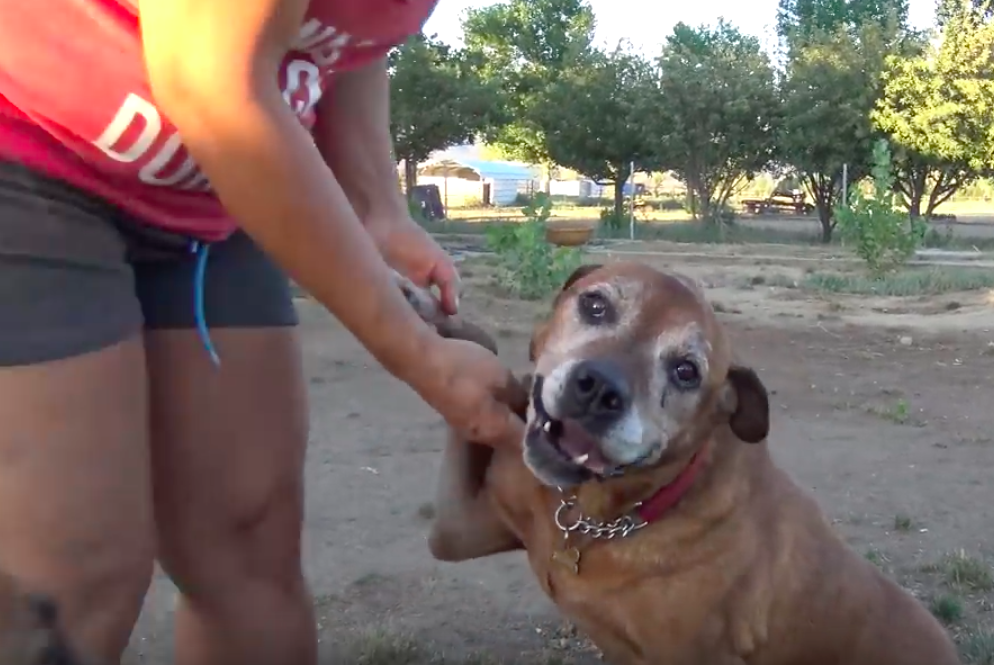 If you’re interested in adopting Pumba, apply at http://www.LAAnimalRescue.org.