Sometimes a story comes along that is equal parts sweetness and heartbreak. Peanut’s tale is one of tragedy, loss, redemption, and the transformative power of human kindness.

The 10-year-old Jack Russell Terrier mix recently found herself back at Save-A-Pet, the Illinois shelter she was adopted from two years ago. Her adopter passed away and a relative took Peanut in, but was not able to provide adequate care. 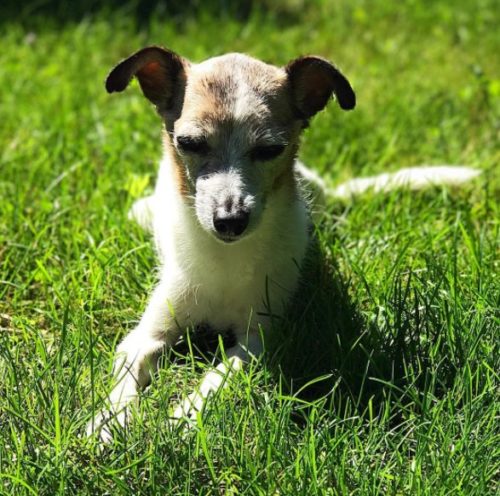 Peanut returned to Save-A-Pet with severe dental disease, a potentially cancerous tumor on her face, and advanced kidney failure. Her friends at the shelter were devastated at the thought of sweet Peanut spending her final days in a kennel, so they took to Facebook in search of a very special foster family. 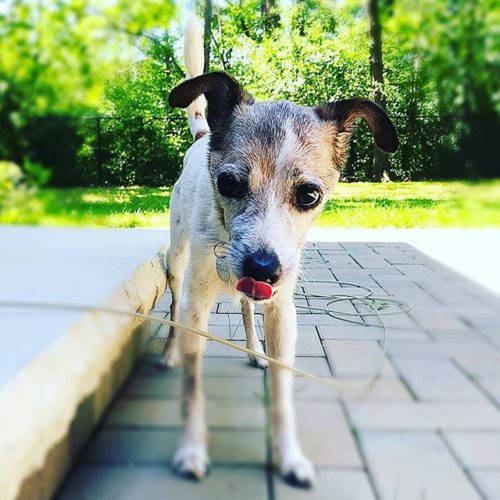 Jennifer Burke saw their plea and felt compelled to bring Peanut into her loving home. She consulted her husband and called a family meeting to discuss the situation with her three small children. Peanut would be what animal rescuers refer to as a “fospice” pet. Rather than a traditional foster situation, a fospice pet is placed with an exceptional family willing to provide love and care to an animal at the end of its life. 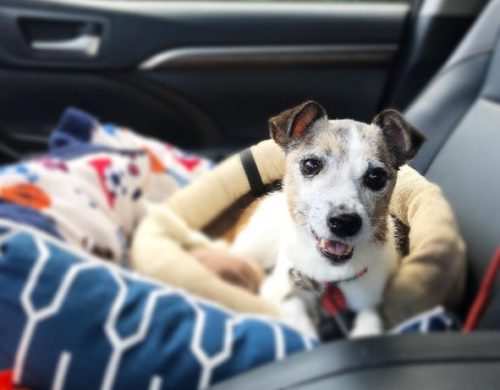 The Burke family had never had a fospice dog before, but Peanut called to their hearts. Soon the sickly senior found herself showered with love from the family of eight – including two cats and another dog. Burke and her husband hoped the experience would teach their children some valuable lessons about kindness and the circle of life. 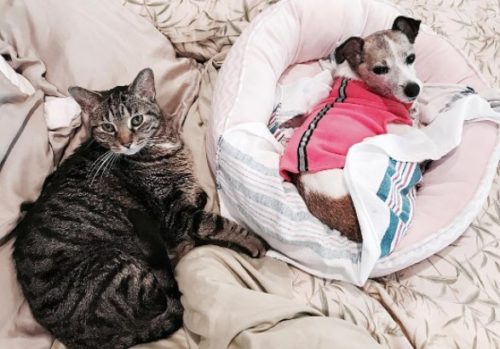 “Peanut became a rather large presence in our lives,” Burke told The Dodo. “Even though she was only 8.5 pounds. She wasn’t loud or demanding. She didn’t exude lots of energy or take up lots of space.  But she became very meaningful … and wriggled her way into our hearts, even though we tried so hard not to become attached. We truly fell in love with her and she became family.” 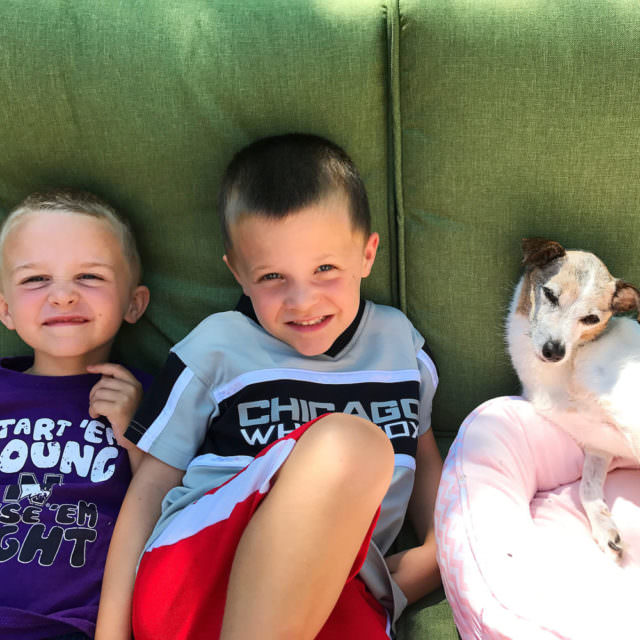 The couple became concerned as the children grew more and more attached to Peanut, but it turned out they had already found their own way to cope with the impending loss. Burke’s daughter came up with the idea for a “Bye Bye Party,” sending her parents this adorable note: 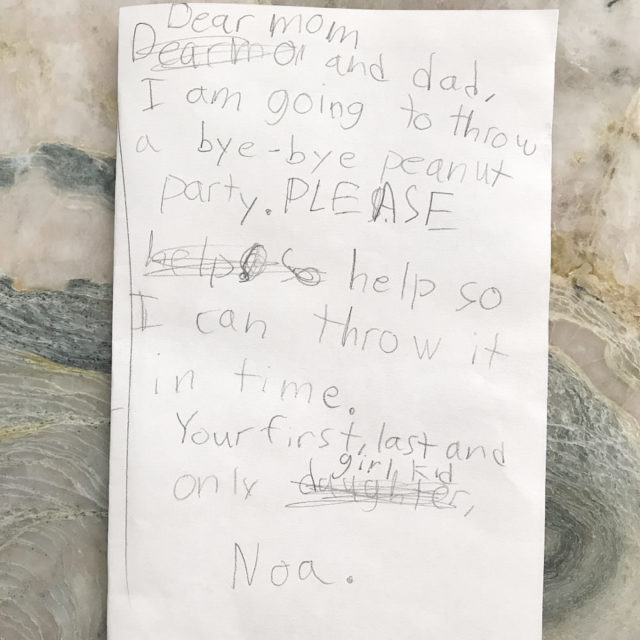 “My 7-year-old daughter, Noa, thought of the party,” Burke said. “I had become so consumed with Peanut’s decline and her impending death. It was truly wonderful for my daughter to share a different perspective. It was simply brilliant.” 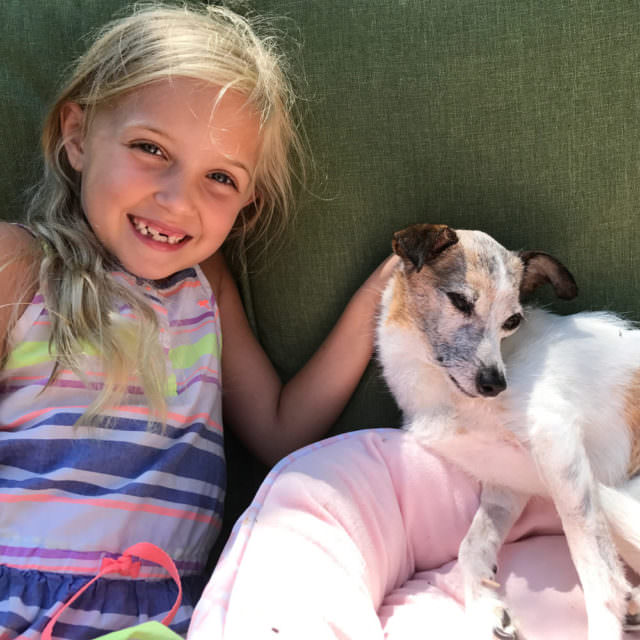 Sadly, Peanut began having seizures that very morning. Burke realized that her time was drawing near and began to prepare for the party right away. The children made posters and decorated balloons in Peanut’s honor while Burke shopped for a cake and party banner. 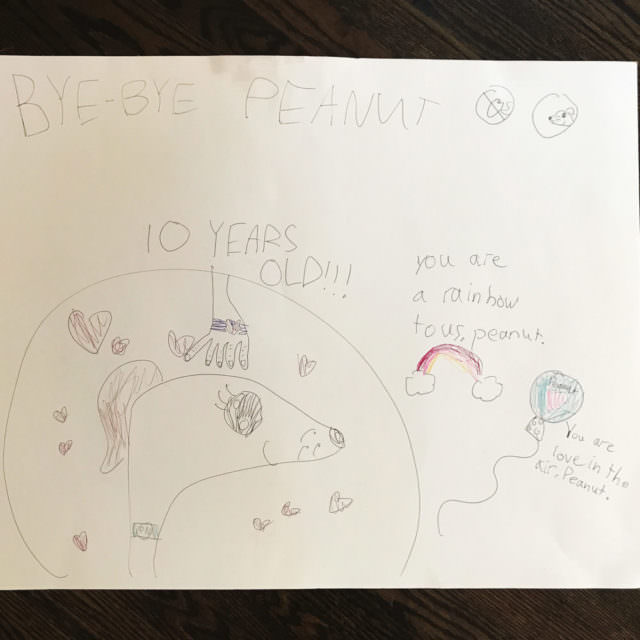 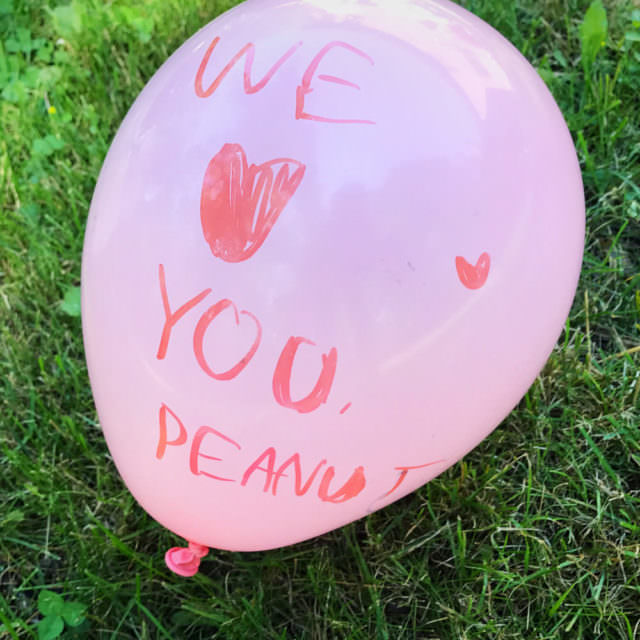 The family spent the afternoon celebrating Peanut’s life and sharing the cherished memories they built with her over their five weeks together. Later that evening, content and surrounded by love, Peanut quietly passed away. 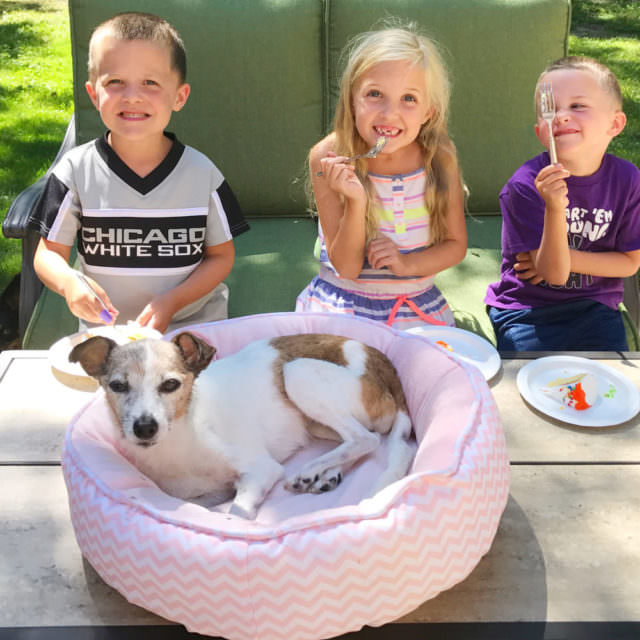 The Burkes mourned her loss and answered the children’s many questions. Although their hearts were broken, they were incredibly grateful for the life lessons Peanut taught them.

“Our experience with Peanut challenged each of us in so many ways,” Burke said. “But the love we felt, the memories made, and the lessons learned from fospicing Peanut made every tear shed and the true heartbreak we experienced completely worth it. And I hope it inspires others to foster or fospice.”