Anita Kuhberger recorded this video as she watched a wild kangaroo outside of her home in Australia try to swing on the kids’ tree swing. The bouncy fellow became fixated on the swing and appeared to want to climb onto it as he tried multiple times. The playful ‘roo became frustrated as the pesky swing refused to cooperate. 😀 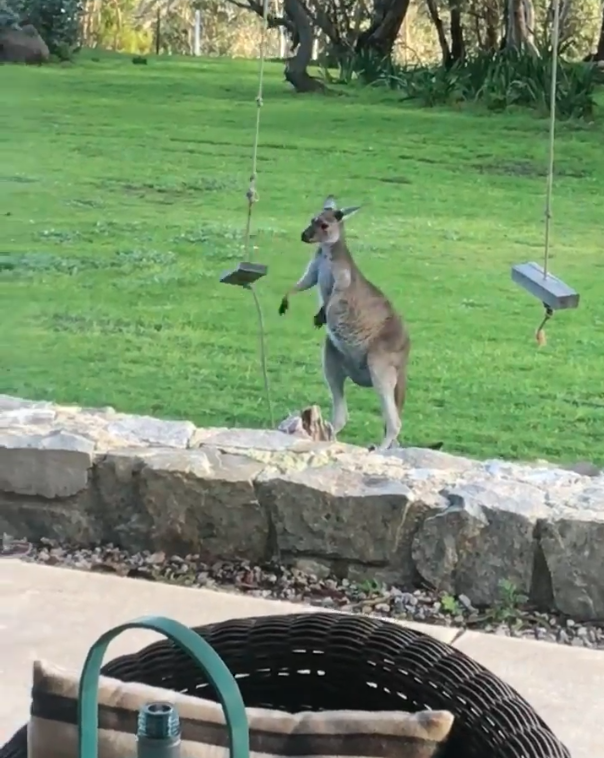 But he wasn’t going to give up so easily! Like a child, the kangaroo kept on trying over and over. As you watch the video, it’s hard not to root for him! 🙂

While the family is used to having kangaroos on their property, they’d never seen one trying to swing before.

“After the camera stopped, he still hadn’t finished playing,” Anita told The Dodo. “He hopped around the yard very quickly a few times, something that I have seen them playfully do before.”

The kangaroo may have failed at swinging, but it sure made the family’s day!