As the California wildfires continue to devastate regions of the state, one family shared a heartwarming video that is lifting people’s spirits.

Hamish Patterson and his family lost their Malibu home. In the video he made nine days after the wildfire burnt down their home, he pans his camera over to his “old life” – the charred remains of his home, now only a lump of metal and ash.

He finds an iron skillet; the only thing that seems to have survived the fire. That is until he finds the cat.

At minute 2:32 in the video, Hamish holds up his black cat, Mike, looking no worse for wear. 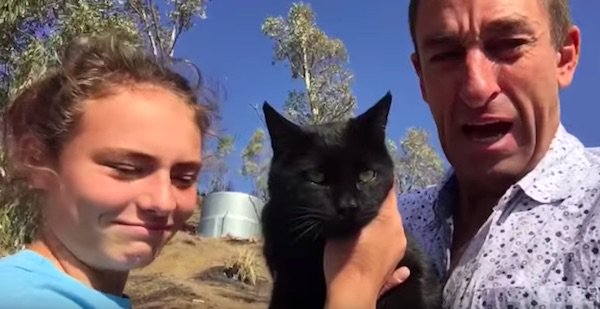 “Oh my goodness, my kitty made it,” he says, tears streaming down his face. Hamish is in disbelief that among so much destruction, the family’s beloved pet survived. 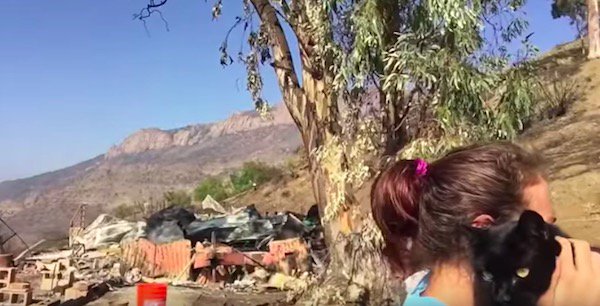 Hamish later learned Mike survived the nine days away from his family thanks in part to his neighbors who left food and water for the kitty. 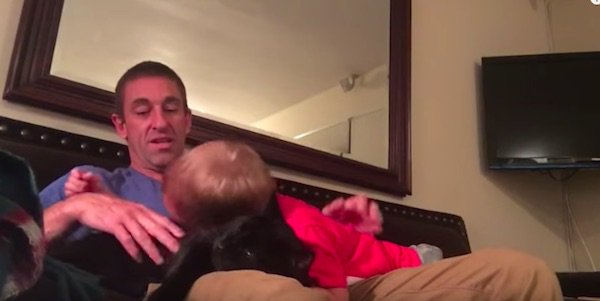 Now safe, Mike relaxes and cuddles with Hamish and his son on the couch, no doubt thankful to be alive and and reunited with his family.

Hundreds of volunteers continue to search for wildfire victims in areas affected by the fires. Rescue efforts are now being complicated by heavy rain, which increases the risk of mudslides.

CNBC reports that weather is not deterring 830 people who signed up to spend their Thanksgiving searching through the rubble of what was once Paradise.

One lucky survivor in Paradise was a cat, who perched on his rescuer’s shoulders. The fireman was working on Camp Fire when they found the feline. After posting a video of the cat, the owner contacted the fireman and he was brought to a neighbor in the area until the family could come and pick him up.

After such a terrible disaster, every survivor found is a blessing to be celebrated.