This past summer, ASPCA worked alongside local law enforcement to rescue more than 80 dogs from a dogfighting ring on Long Island, New York and several other states.

At one of the locations, there was a wall of cages in a dark basement with no light. The dogs had no food or water and were not socialized.

One of those dogs was a Pit Bull mix, now named Wish, who was extremely fearful. 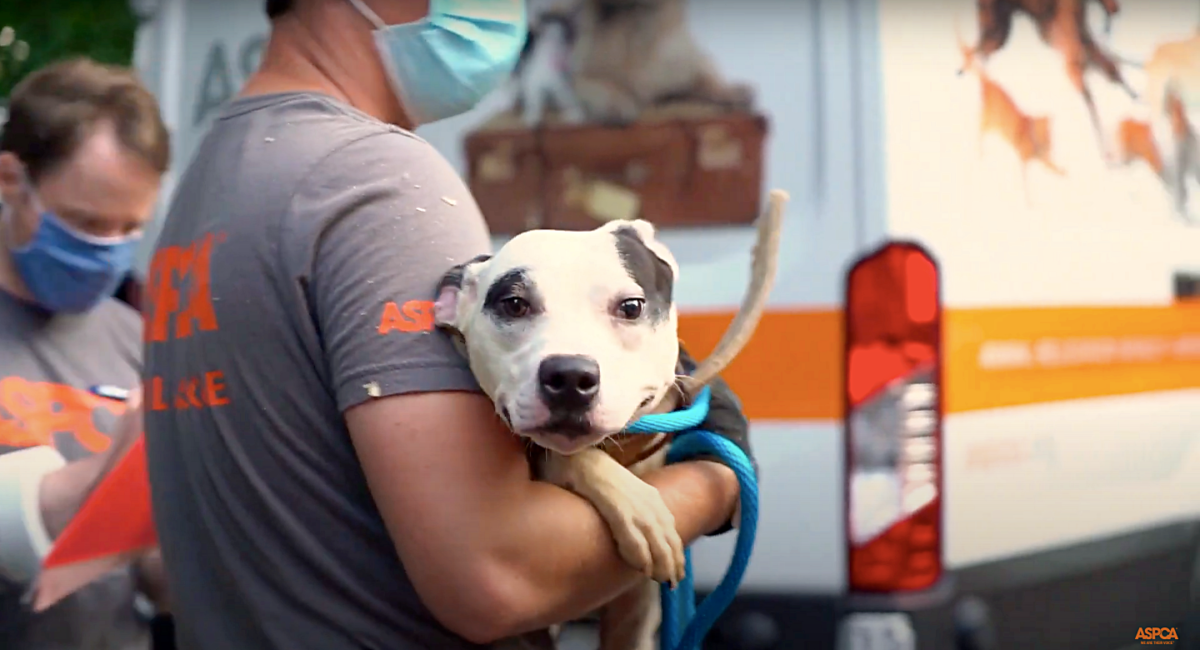 Wish received medical care and was brought to the ASPCA Cruelty Recovery Center in Columbus, Ohio. He continued to be very frightened, so he was then transported to their Behavioral Rehabilitation in Weaverville, North Carolina, where they focus on helping severely fearful dogs.

Despite everything that Wish had gone through, he still loved people. His fear came more from new environmental things rather than people. He warmed up quickly to everyone he met, but had a hard time in new environments. He would just shut down and sit in the corner.

But after they worked with him for a long time, Wish finally started to break out of his shell and became excited to visit new places. 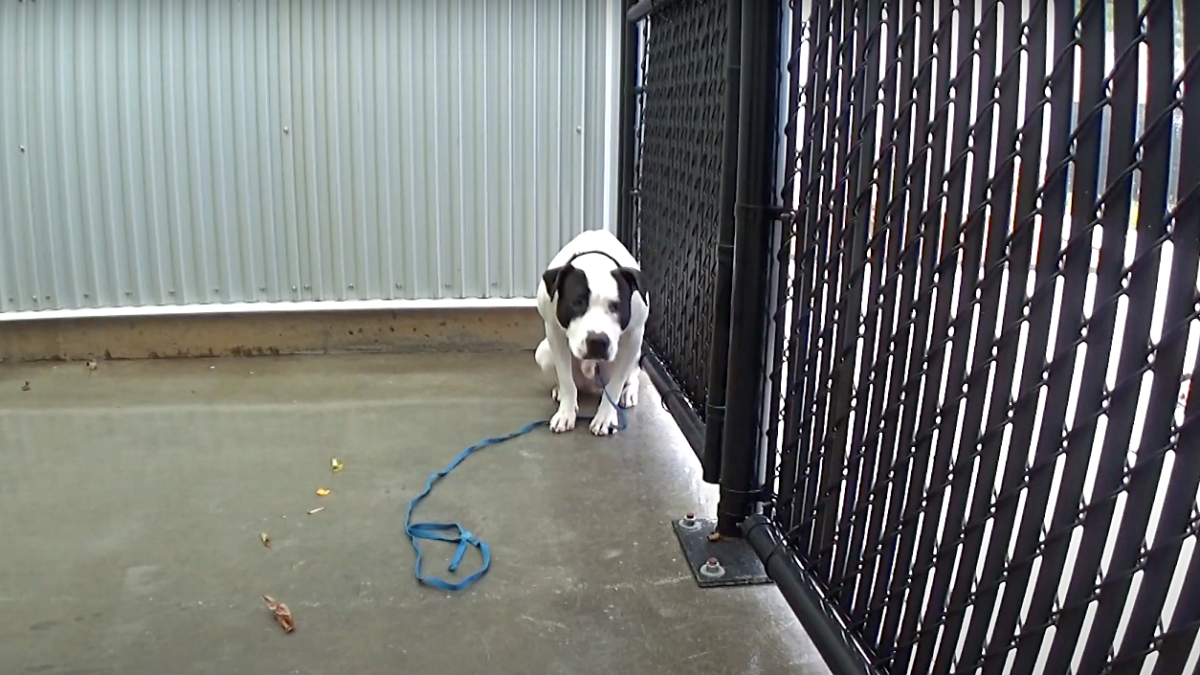 After a seven-week stay at the Recovery Center, Wish was finally ready to go to a foster home. There, he got along great with the other dogs there and even a cat, and proved that he was ready for his forever home.

Mike and his wife, Lauren, had been searching for a new furry family member for a long time. They were devastated after losing one of their three dogs, so felt like adopting a new dog would help fill the void.

The couple spoke with Wish’s foster parent and they decided that Wish would be a perfect fit for their family. They just had to make sure he would get along with their other dogs. 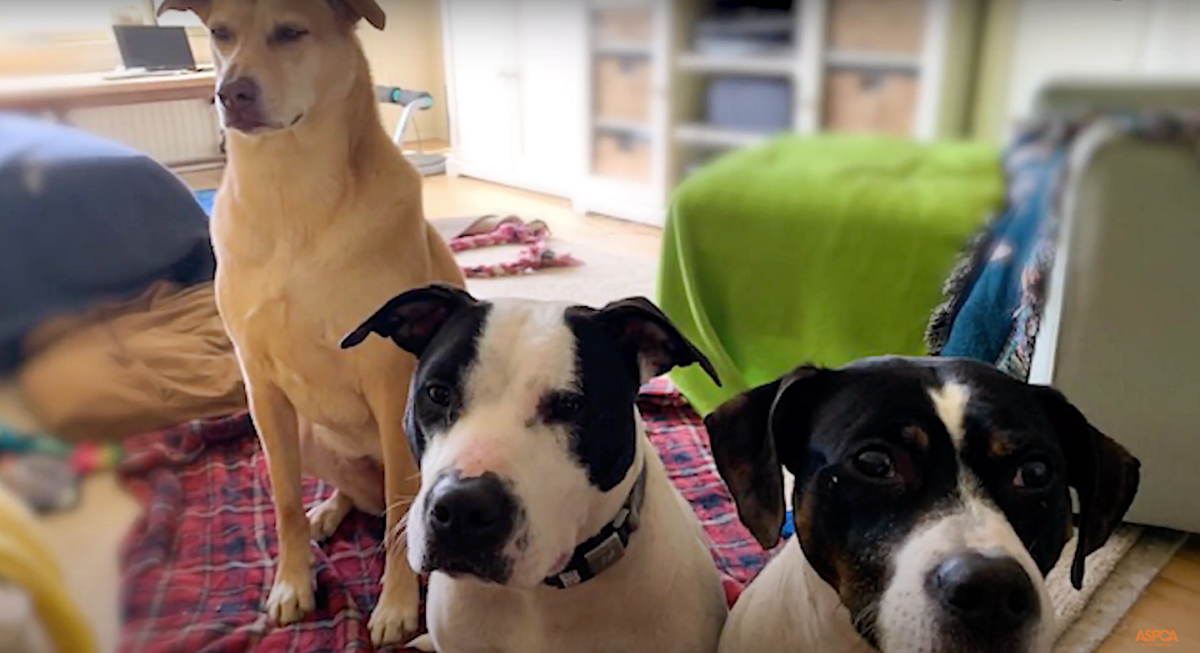 So, they got in their car and drove over ten and a half hours from New Jersey to North Carolina to meet Wish. Wish instantly got along with their dogs and quickly warmed up to his new home.

Mike hopes Wish’s adoption story will encourage others to adopt, and to not use situations like Wish’s past deter them from choosing a dog like him.

“I wouldn’t use their background to disqualify a dog,” Mike told ASPCA. “I would really lean into people you trust. We had good talks and asked questions of the ASPCA before we went down there. I rather not know their story and judge the dog right then and there. Wish is a big mush ball and I’m really glad we were told of him and made the trip down to Weaverville to pick him up. It’s working out really well.”

Hear more of Wish’s story in the video below: