Hope For Paws received a call about a feral Siamese cat who had her tail caught by razor barbed wire for hours. She was hanging upside down and unable to move. Eldad arrived on scene and immediately set about trying to find a way to get to the cat without hurting himself. 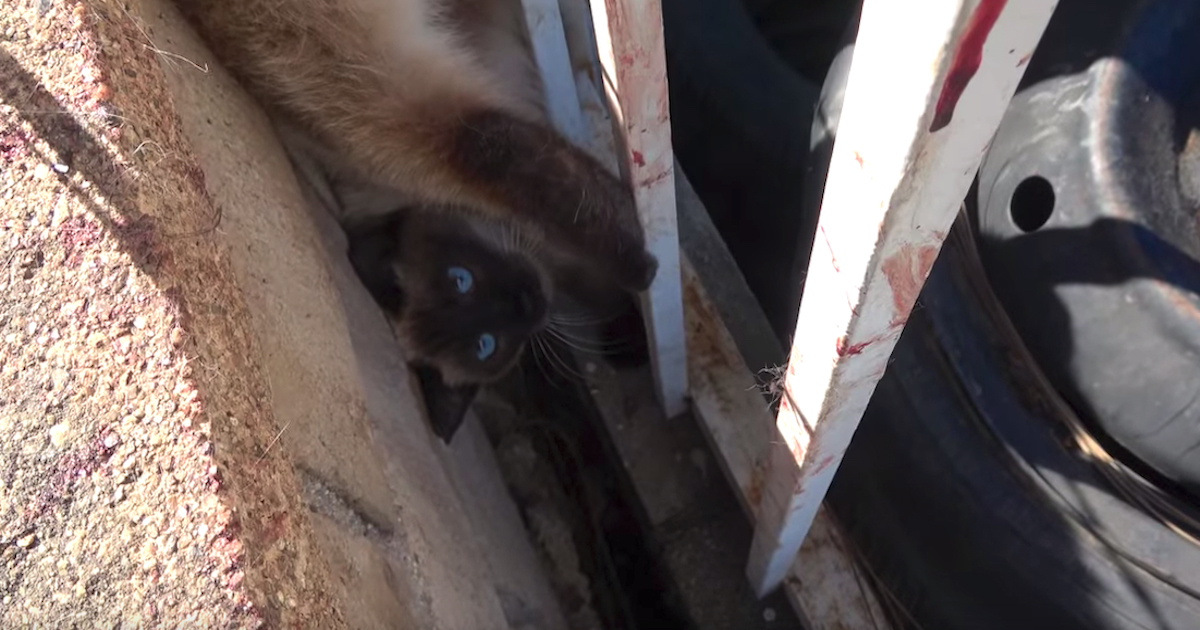 And before long, two animal control officers showed up. The poor cat was exhausted and injured as she tried over and over to break free. With some teamwork, they were able to snare her and cut her free from the barbed wire. 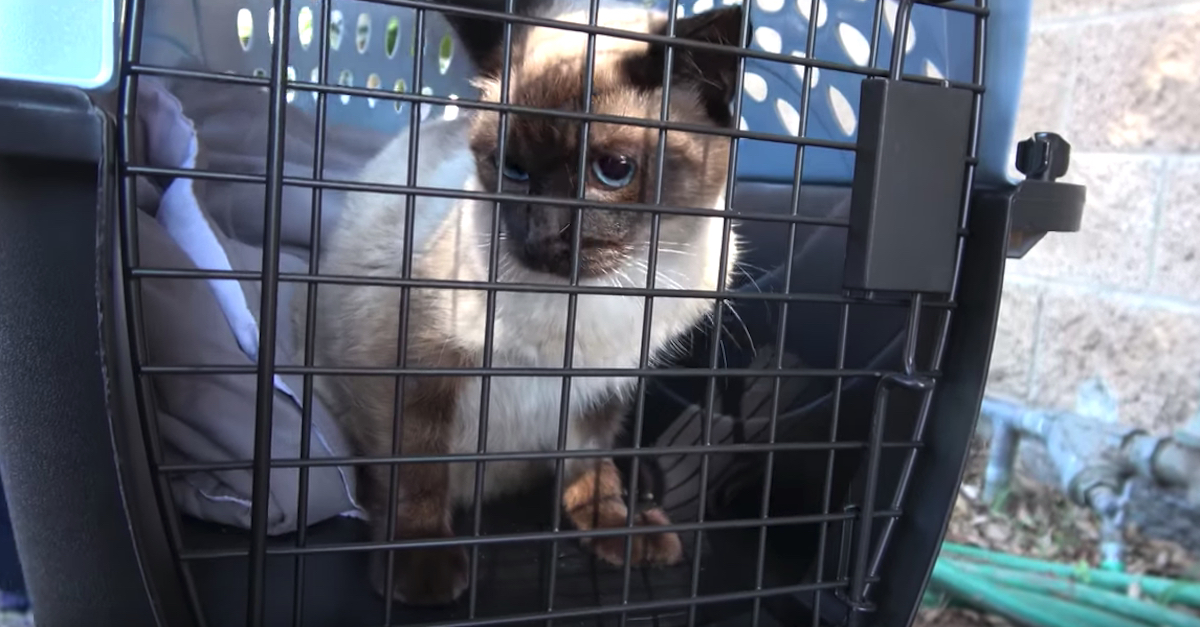 Not wanting to hurt her anymore, Eldad left the piece of barbed wire on her tail as he transported the cat to the hospital where they’d have to sedate her. It turned out the cat’s tail was broken after hanging by it for so long, so it’d have to be amputated. But feral cats are totally fine living without a tail.

They tried for weeks to get Barb to be friendly and trusting of humans, but it just wasn’t in the cards after spending her life on the streets. Barb was returned as good as new to the place she lived with the woman who cares for her!