Rock Hill real estate agent Casey Lawrence found an injured pit bull in the woods while she was showing off the property and she decided to turn him over to the right people. It looks like the pit bull was part of a dog fighting ring due to his injuries. But now he’s seeing that humans are happy to show him love. 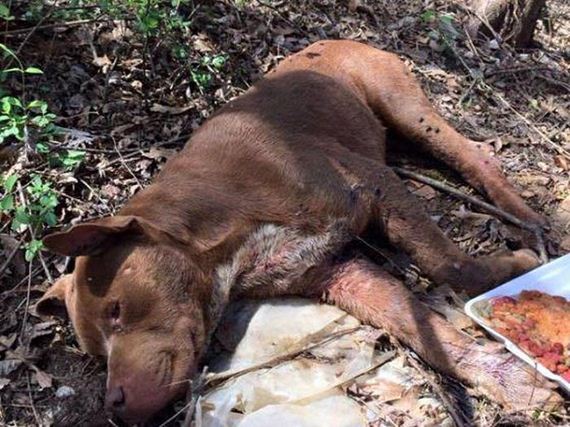 Fortunately, Casey found the dog, now named Rambo, in time! She rushed Rambo to Baxter Veterinary Clinic. Rambo was covered with bite marks and lacerations and was severely injured, and his leg wounds infected with gangrene. 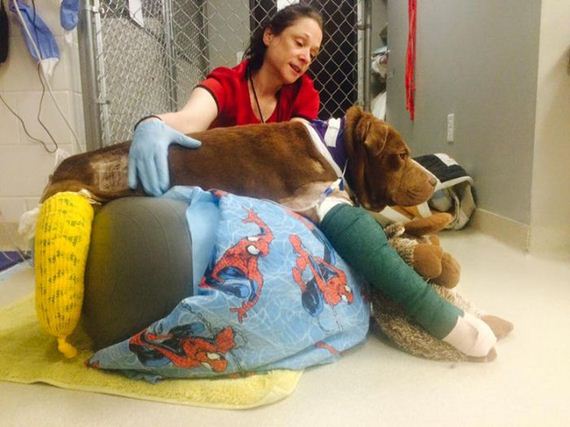 There is no way of knowing the amount of time this poor dog, now known as Rambo, was left lying there alone, after being thrown away. Judging by his injuries, and the fact that there were other long since discarded carcasses, it is pretty clear that he was used as a bait dog in a fighting ring. 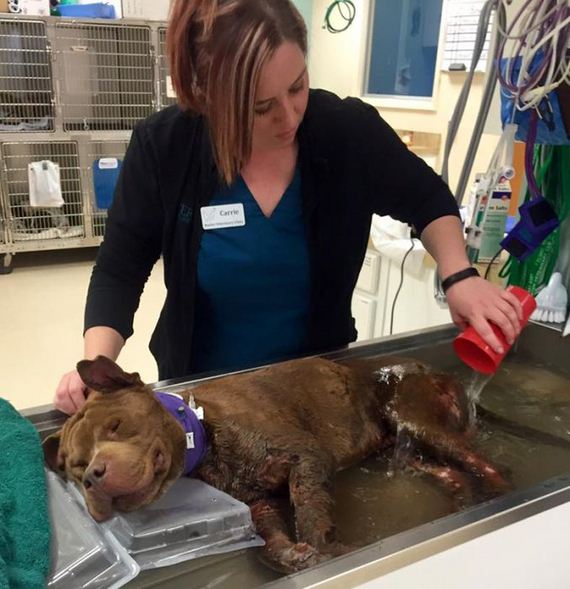 Baxter Veterinary Clinic immediately stepped in to care for Rambo, preventing him from going into shock and saving his life.
Despite the trauma, neglect and abuse, Rambo did not give up on humans – he continued to wag his tail and give the staff kisses. 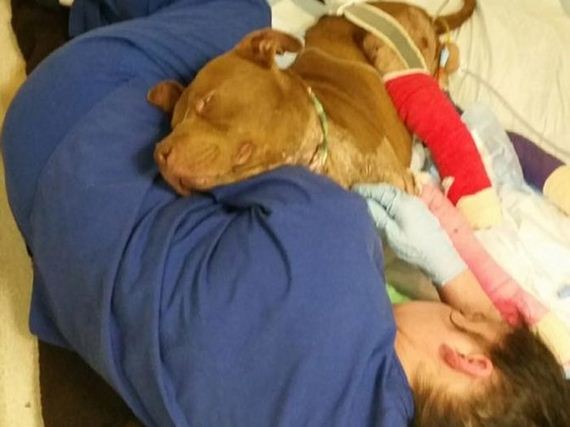 Once his condition was stabilized, Rambo was placed in a shallow tabletop basin where a technician lovingly cleansed his wounds with warm water. You can see from the photo posted to the Baxter Veterinary Clinic’s Facebook page that he was relaxed and soothed by the treatment – likely the first kind, gentle contact he’s ever had with a human. 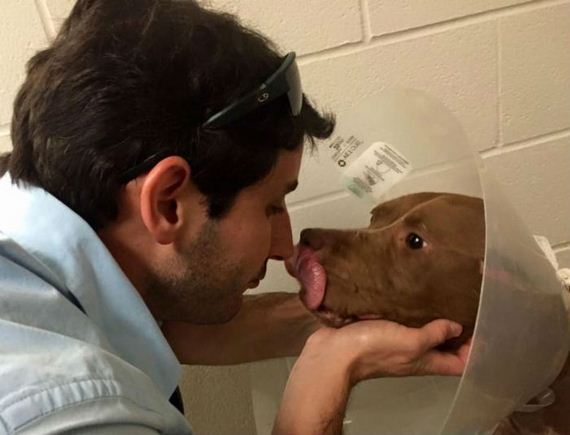 By the following day, the timid, submissive pup was already wagging his tail for staff members and displaying a healthy appetite. Veterinarian James Doyle described Rambo’s personality as a perfect example of a bait dog. They’re not aggressive dogs and that’s why they’re used as bait dogs, because they’re not any good at fighting. 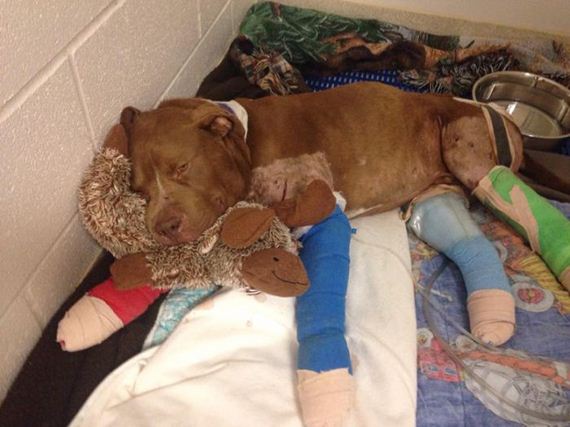 Every Life Matters Animal Rescue and donations from the community have helped cover the costs for Rambo but they, like other rescue organizations, continue to need funds to continue paying for his recovery, along with all the other dogs who need help.
Investigators believe the site where Rambo was found, was the dog fighting rings personal dump site. Rambo’s serious injuries to both back legs are what led his captors to leave him for dead. 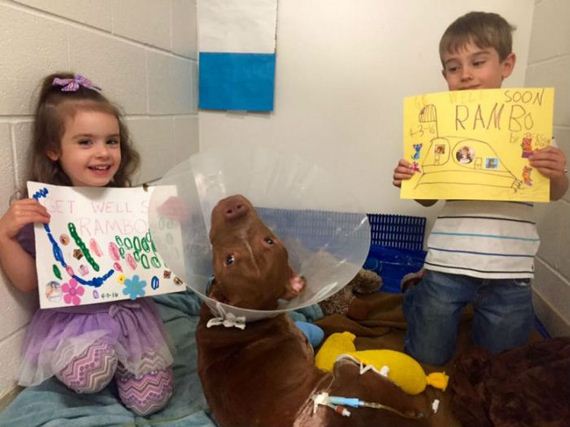 Rambo’s abusers are still currently being searched for by South Carolina Police. But in the meantime, this sweet tempered pooch keeps his tail waggin while snuggling with his plush toy. His recovery will likely be long and painful, but, his prognosis is good. His experiences with the loving and caring humans that have been taking care of him, have seemed to make him feel his nightmare is now over. Every comforting pat or rub given him, he happily repays with kisses.