Sometimes your arms are full or you’re just plain busy or whatever the case may be, but you accidentally get locked out and there’s no one around to give you a helping hand — or in this case a paw. That was the case in Georgetown, Texas, when a clever dog named Koda came to the rescue and jumped up to press the station door’s bar to let him back inside. 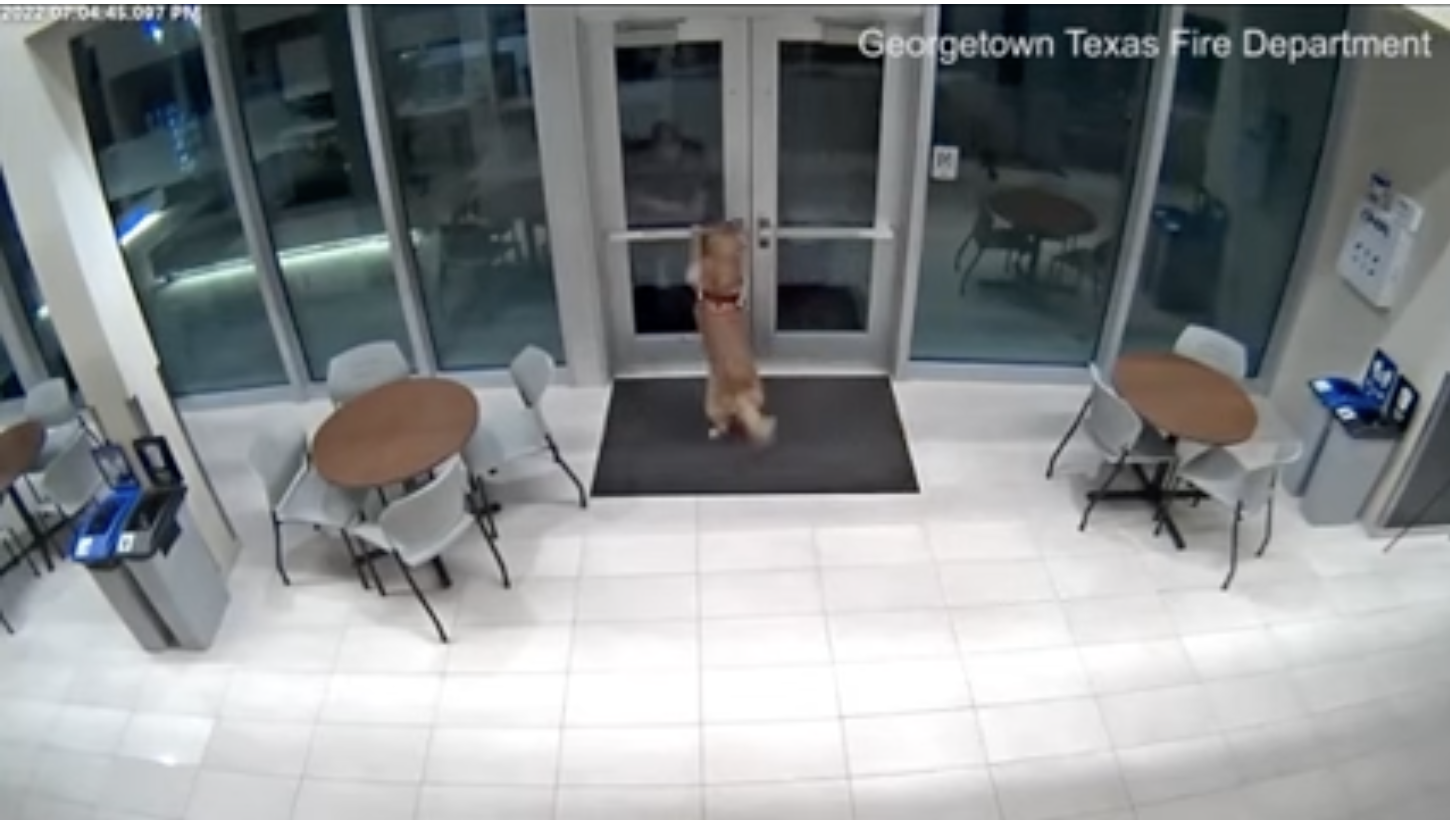 Now, before Koda came to the rescue, you know there had to be a moment of intense consternation for the fireman left standing outside the locked doors. Anyone who’s ever been stuck in this predicament can easily relate. Your mind tends to race as you curse your bad luck or your own seeming stupidity. If we’re lucky, we’ve got a spare key hidden or we’ve got our phone on us to work the problem out. If we’re really fortunate, there’s no reason to sweat it because there’s someone inside we can alert to help us. But how often do you think you’ll be able to count on your dog? 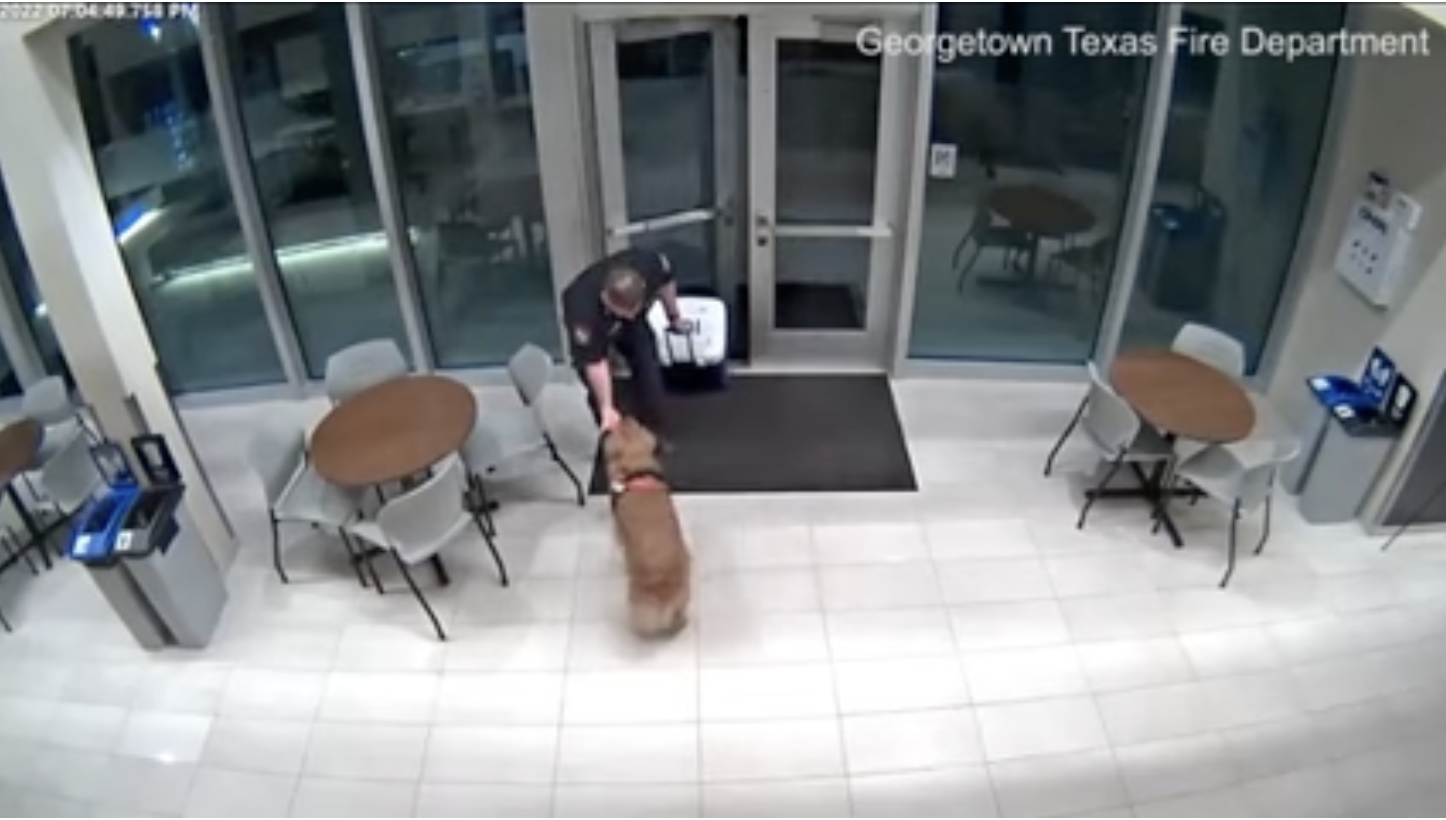 Usually, it’s the opposite and you’re worried about the dog being locked inside alone while you’re stuck on the other side of the door. After becoming stranded when he stepped outside and the keycard access system shut down, he had to have been muttering to himself, but along came Koda, tail wagging up a storm at the site of her pal. “When she noticed me tapping on the door, she quickly came over and opened it for me,” the firefighter said. She did so by hopping up on her back legs and throwing her front paws against the bar, which granted him immediate access.

As it turns out, Koda — who appears to be a Golden Retriever — not only helps with fire safety training and opening doors for stranded shift mates, but they’re also a registered therapy dog. Watch the video below to see Koda in action.