It was all-hands-on-deck in Michigan to rescue a senior dog named Bailey who fell 15-20 feet down a cement sewer basin. 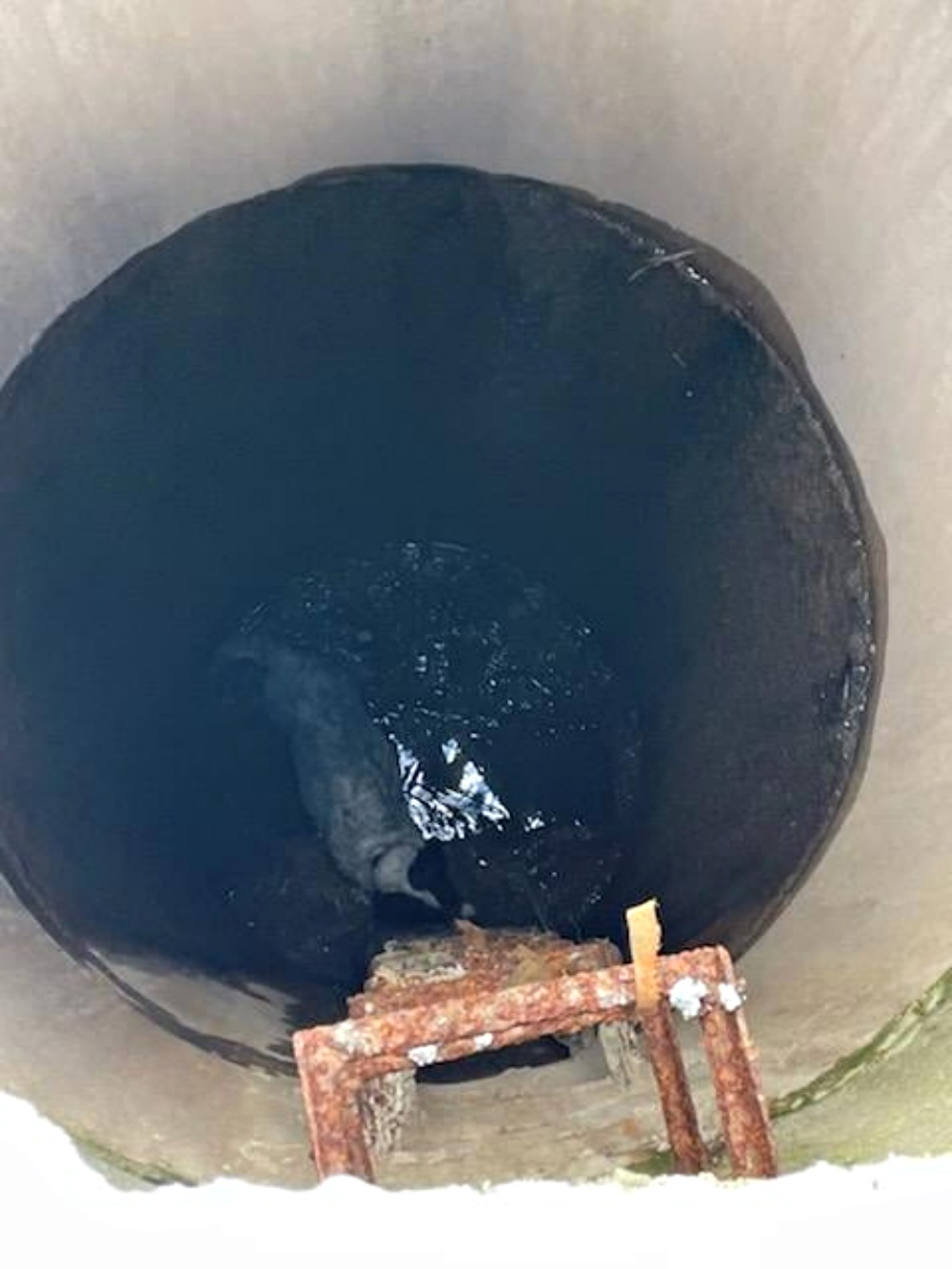 “It appears a piece of machinery may have knocked the cover off exposing the hole at some point,” posted the fire department.

Bailey’s concerned owner and rescuers were relieved to hear him barking at the bottom of the well. “The dog was conscious, alert and yipping,” recalls Allen Park Fire Department. 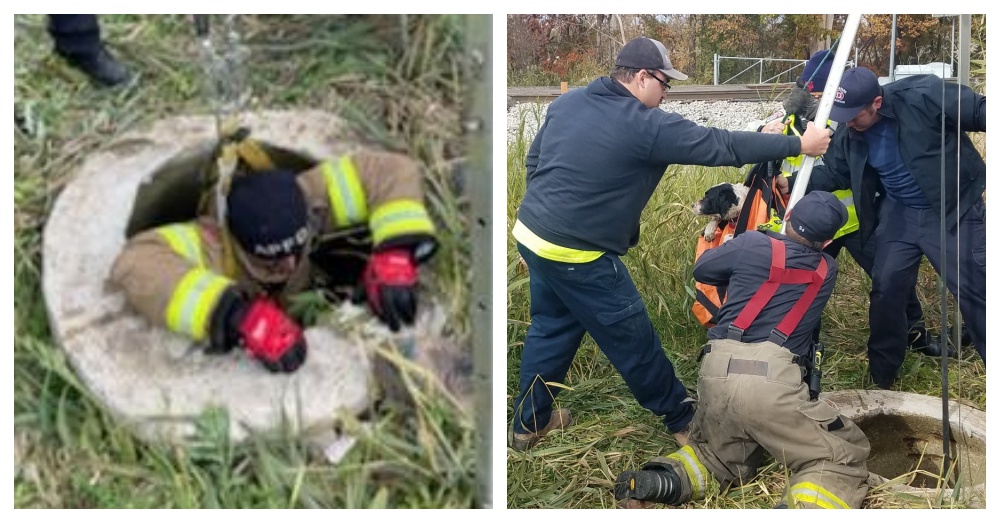 Firefighter Jason Pelty descended into the hole, thanks to confined space rescue equipment brought by the Water Department, and rescued Bailey with a tarp used to carry people.

The senior dog sustained a few cuts that needed stitches and was in need of a good bath, but was otherwise unharmed. 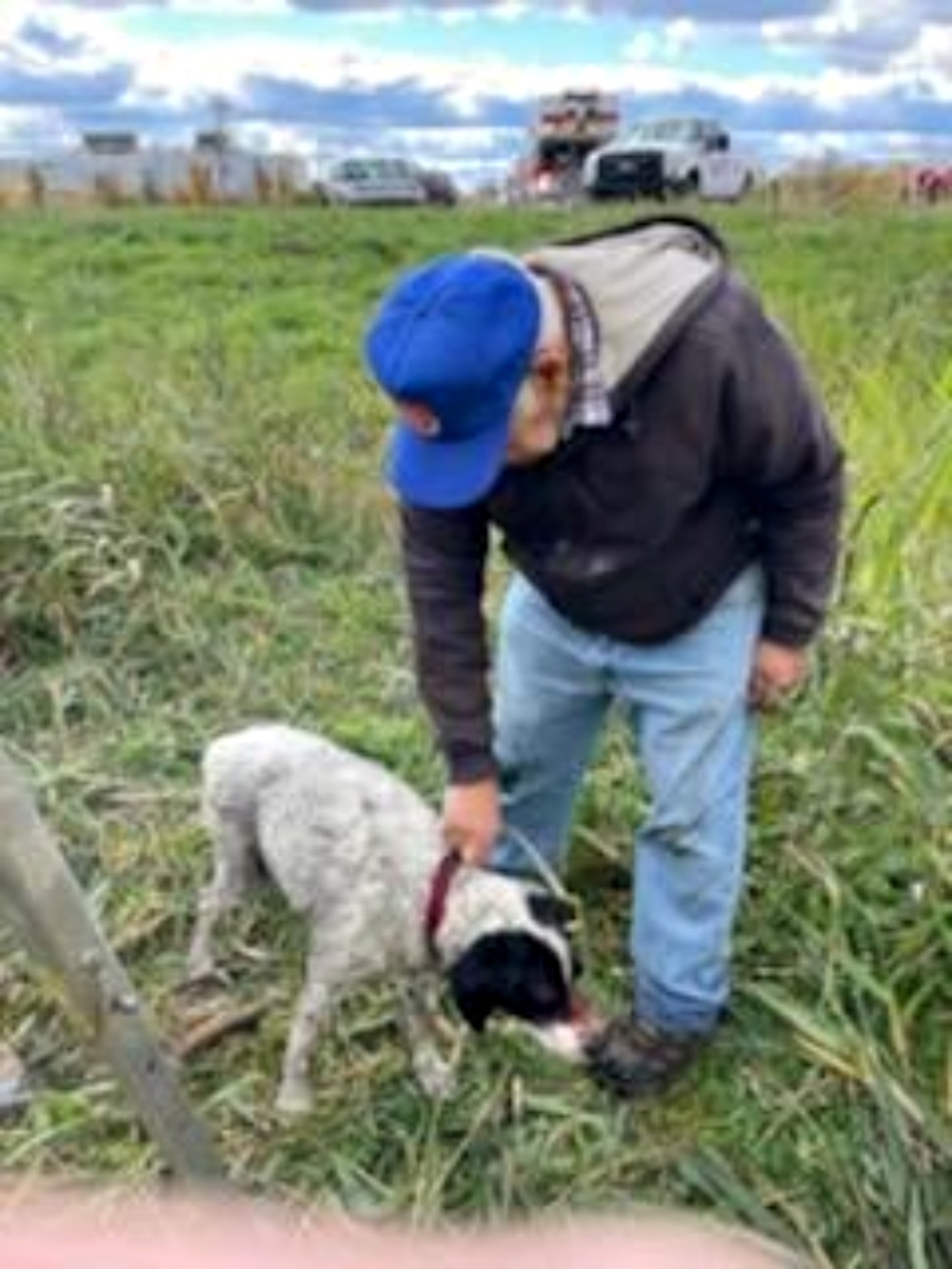 He was feeling much better as soon as he was reunited with his dad. The fire department shared, “As soon as Bailey got into his car, he was trying to get out so he could go play and chase more rabbits!!”

They posted photos of the rescue and thanked everyone involved. “Great job everybody!! We always consider the other departments as part of our team, as we can’t do our job without them!”

Bailey’s mom, Brenda Borg, commented, “Awesome job. That is my dog and I’m am forever grateful they got him out….”