In Deerfield Beach, Florida, firefighters jumped into action on Saturday to save a drowning dog struggling to survive in a canal. Late in the afternoon, the Broward Sheriff’s Fire Rescue crew received a call about the dog in the canal located near the 3900 block of N.W. 31st Avenue. 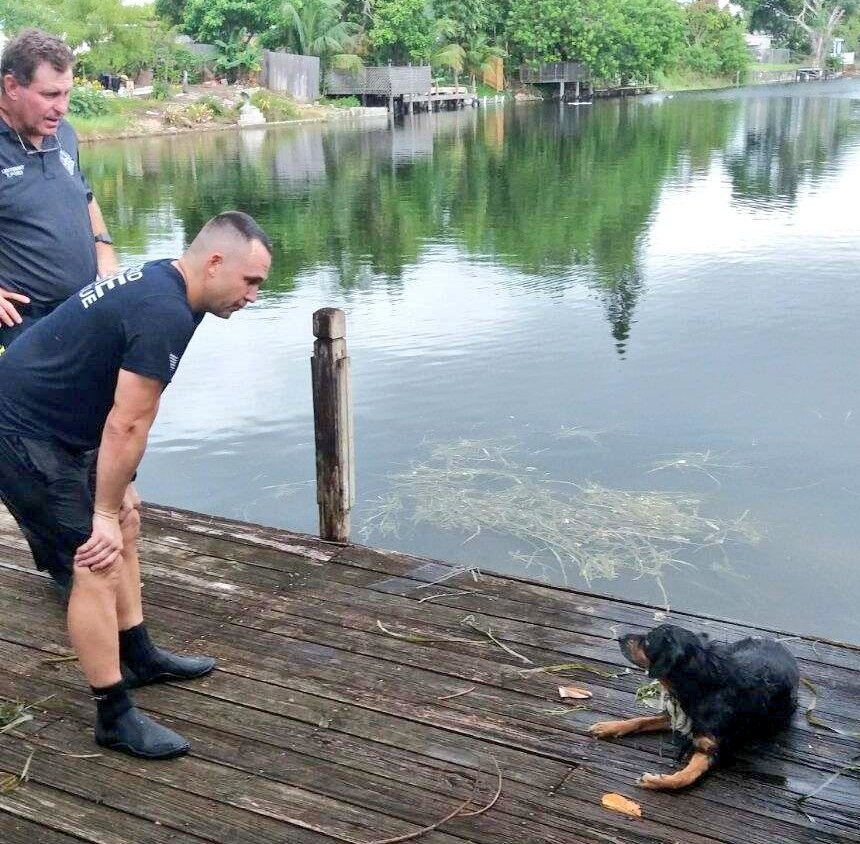 “The dog was about 1,000 yards down the canal,” reported spokesperson Mike Jachles. “They sent a firefighter in; he swam out to where the dog was. When he got to the dog, he was very fatigued and almost ready to go under.” 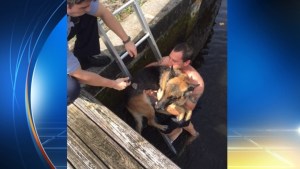 The firefighter was able to pull the dog to safety after swimming out approximately 1,000 yards into the canal. The poor pup collapsed when brought to safety on the shore, but “he finally came to a little while later,” stated Jachles. According to the Palm Beach Post, the dog has since been reunited with his owner – somehow the pooch escaped from his home and obviously didn’t figure out the safest route home.

Many thanks to the firefighters who jumped into the canal to save this pup.

(Photos of firefighters rescue drowning dog from canal via Twitter)