It’s the time of year when we may find ourselves slipping on icy surfaces, but we usually don’t end up in someone’s basement when we do. A young moose recently found himself in that situation, though.

The moose, estimated to be about a year old, was eating some vegetation near a basement window well in Alaska when he slipped and fell into it, breaking the glass and ending up inside. 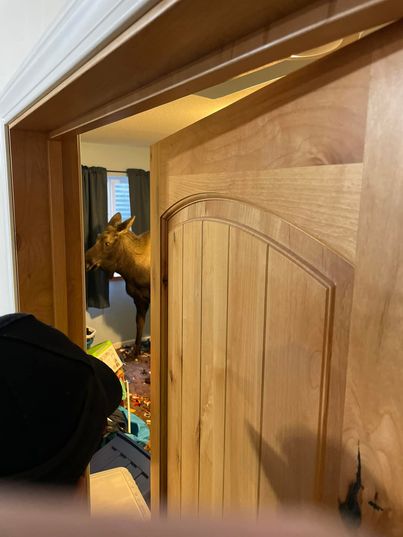 Pictures shared by the Soldotna Professional Firefighters Facebook page show the animal standing in the house, looking a little confused about this turn of events, before a crew got in there and tranquilized him. He wasn’t completely out of it as they prepared to move him out of the house, though.

Captain Josh Thompson from Central Emergency Services on the Kenai Peninsula explains, “He was still looking around and sitting there, he just wasn’t running around.”

According to an Associated Press report, they were able to get the moose back outside with a transport tarp that required the strength of six firefighters. He remained in the yard until reverse tranquilizers did their work. He seemed to remain calm throughout the process, if the photos from the scene are anything to go by. Apart from some minor lacerations from the glass, he was unharmed, too.

The last photo shows the animal heading off on his way, looking at the camera as if to say, “That was embarrassing. Please don’t tell anyone about this.” 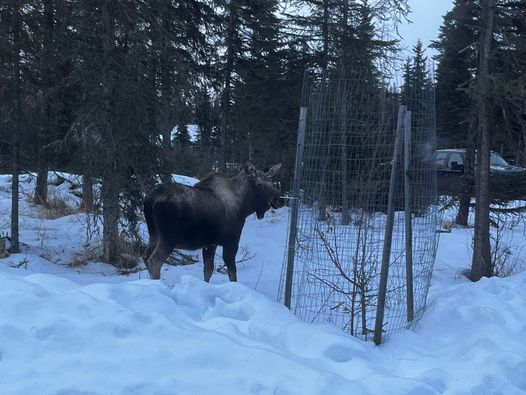