One pet owner from Whitewater Township, Ohio, can finally breathe a sigh of relief after firefighters rescued her two dogs from her neighbor’s frozen pond.

Kimberly Payne’s two dogs, Bruno and Mavis, were staying at her mother’s home this past week, when the dogs escaped the house due to a broken door latch.

A neighbor discovered the dogs struggling to swim in a nearby frozen pond and immediately knocked on the Paynes’ door. 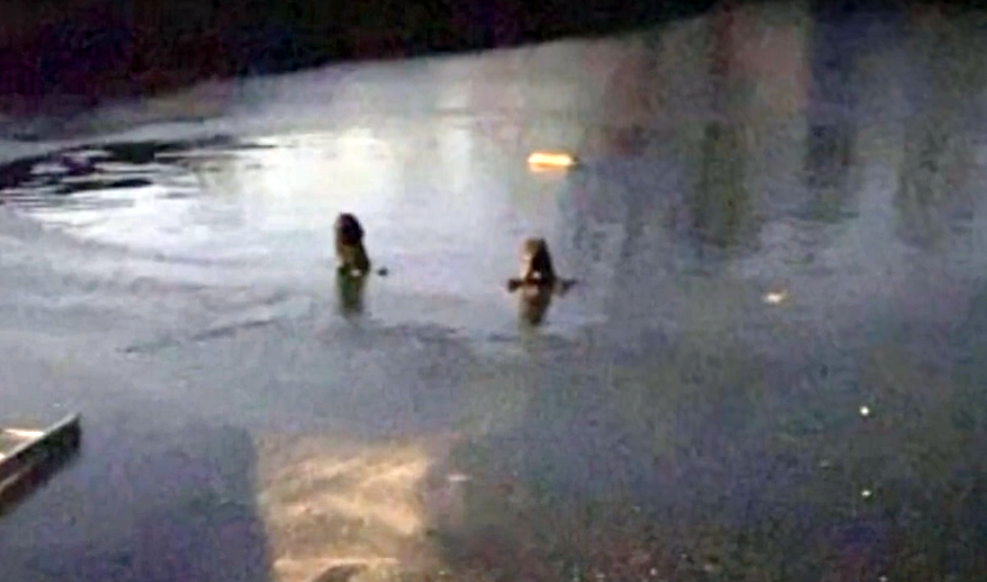 Payne rushed to the pond and saw Bruno, a Poodle, in really bad shape. He was exhausted from trying to stay afloat and kept sliding back down under the water.

Payne called 911, and continued to call out to her dogs. She wanted to rescue them herself and was trying to think of ways to get toward the middle of the ice to pull them to safety. She thought of using a hammer and an inflatable tube, but she knew trying this herself was not a good idea.

Luckily, firefighters finally arrived after 20 minutes and were able to rescue the dogs in just eight minutes.

If the firemen didn’t get there when they did, Bruno most likely wouldn’t have survived.

“He was on his last legs, so they saved his life,” Payne’s mother, Beverly, told Local 12. 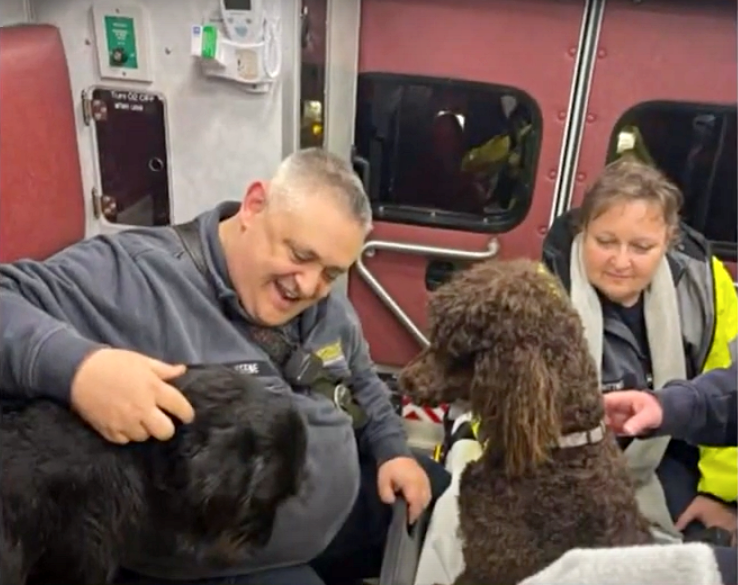 They brought the dogs to a local vet, where it took Bruno two hours before he could walk again.

“Thank you for the bravery to go step on that ice ‘cause I know I was scared to, so thank you for your bravery,” Kimberly said.

Hear the full story in the video below: