When a home was demolished in Jingdezhen, China, workers hadn’t realized that a mother dog and her nine puppies were inside.  So for two days, a rescue team worked diligently to extract them from the rubble, and incredibly, they were all pulled out alive!

The dogs were buried below the debris for a total of four days.  Locals likely heard them crying after a couple of days and called emergency services.  It took an additional two days to get close enough to reach them. 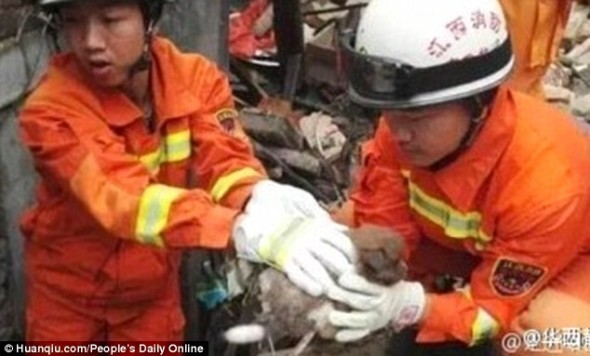 The dogs reportedly belonged to an elderly woman who was hospitalized when her house was torn down, and it’s not clear if she knew the destruction would be taking place or if she knows about the condition of her animals.  All the dogs are now being cared for by an animal welfare group, and will hopefully have a new home to go to. 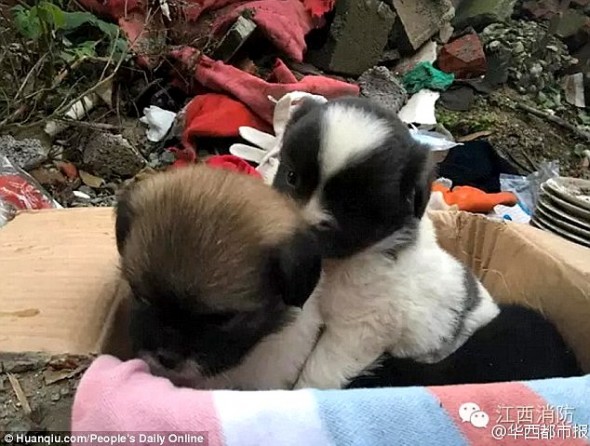