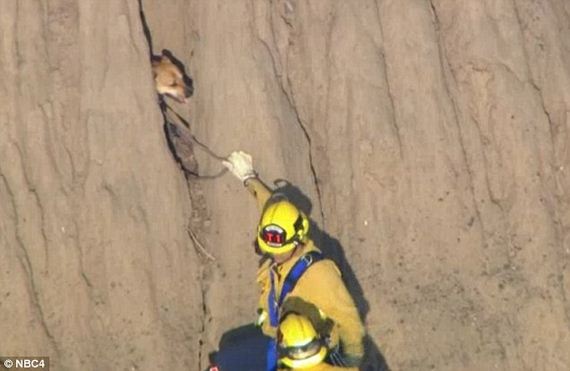 Smoky, an 80-pound mutt, is lucky to be alive after he got stuck in a cliff crevice in Santa Monica on Monday after he chased a squirrel and had to be rescued by firefighters

On a cliff side in California, firefighters performed an amazing recovery of a dog that got stuck on a ledge.  It’s believed that the dog was chasing a squirrel, and that’s how he managed to get stuck up there.

Smoky was simply doing what dogs do best.  Play time.  However, after focusing so much on his “prey”, he didn’t realize just how far he’d gone.  By the time he realized what was going on, it was far too late.  Smoky chased the squirrel straight into a fifty foot gap, and was stuck. 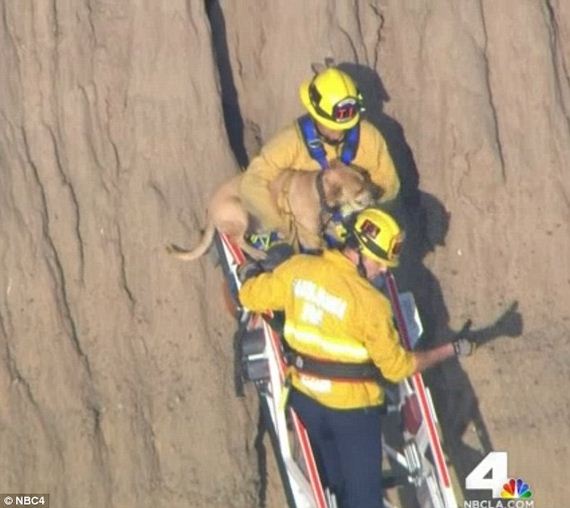 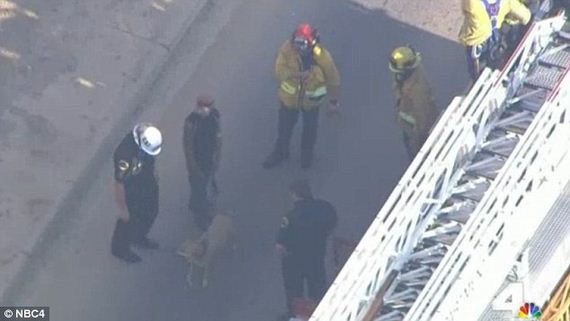