While answering a field call in Southern California last year, AT&T technician David Baxter stumbled upon a heartbreaking discovery. Tied up with twine so tightly that it was breaking her skin, this terrified pup was barely surviving after being abandoned by some clearly horrible people.

Her skin clung to her bones and even after Baxter untied her, poured her some water, and fed her his ham and turkey sandwich, she was too scared to get too close to her rescuer.
Baxter called Animal Control who then contacted Zach Skow of Marley’s Mutts Dog Rescue and explained the terrible situation. 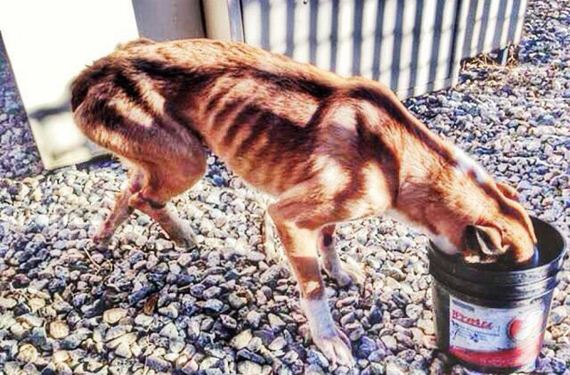 Now named Dora, she was the latest in a long line of sad cases seen by Skow over the past 10 years. 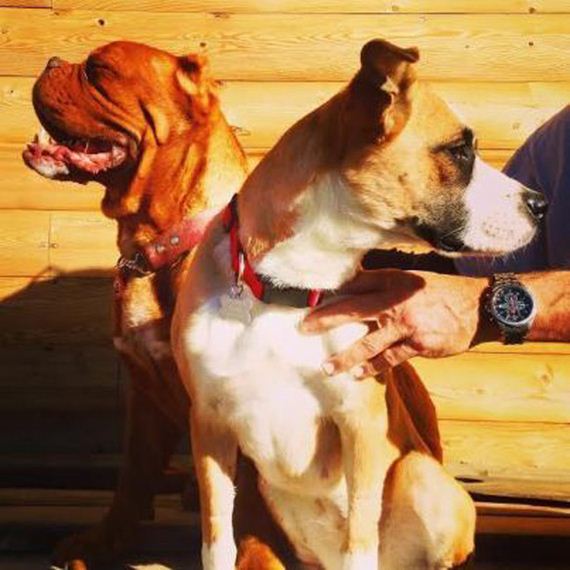 Here, Dora is joined by Hooch, another rescue brought to Skow’s attention. Hooch almost starved to death in a shelter that didn’t realize his tongue had been cut out.
In Skow’s care, Dora received the medical care she needed but it took a bit longer to heal her emotional injuries. 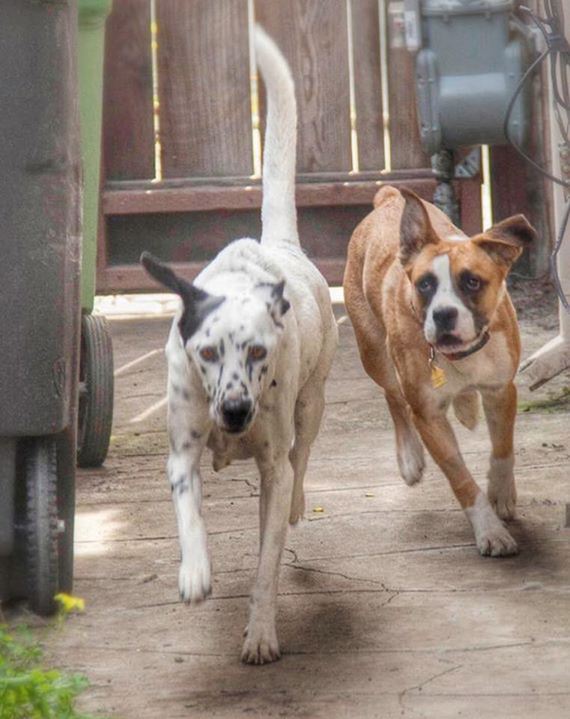 After a few months passed by, she reunited with Baxter when he was called to fix Skow’s landline. He was happy to see her doing so much better than the last time they met.

After a few months passed by, she reunited with Baxter when he was called to fix Skow’s landline. He was happy to see her doing so much better than the last time they met. 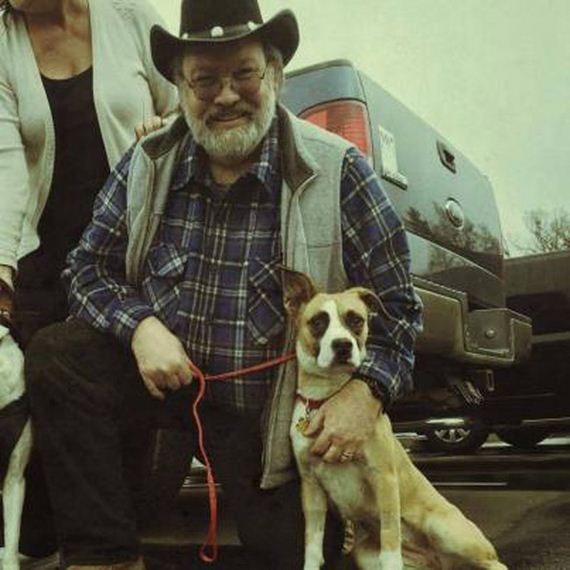 Soon, Smith and his wife hit the road to retrieve the newest member of their family.

Smith says he hopes Dora’s story will inspire dog lovers everywhere to donate to their local shelters and rescue centers like Marley’s Mutts. What a happy ending to a tragic story. We wish the new family many great years to come!