Brian Lachat says intersection US-41 and Goodlette Frank Road in Naples, Fla., is a busy one, and seeing a box in the middle of the road is very unusual. On May 1, 2015, the man witnessed how that box, which was in a reality a dog crate, got hit by three cars and bounced from one lane to the other, and when he caught a glimpse of it in his rear-view mirror, the man realized there was a dog inside the crate. 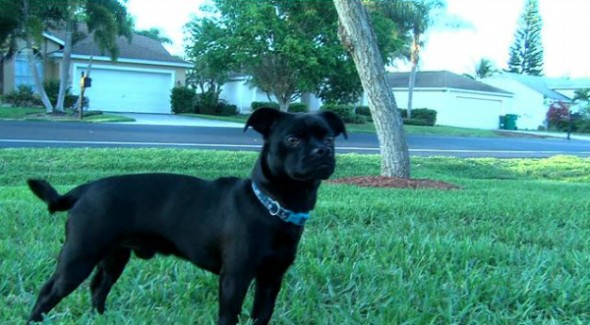 “I thought it was a recycle bin,” Lachat told ABC.”I seen it was a dog crate, and I seen him flopping around. So I stopped and backed up. I ran out and grabbed him.”

Thanks to the actions of this heroic driver, the black dog trapped inside the crate is alive today.

Once rescued, Lachat took the dog to the nearest veterinarians. There, it was determined the pet was in excellent health. The pooch had been recently neutered but unfortunately did not have a microchip and reuniting him with his owners has been difficult.

For now Lachat is caring for the dog and hopes the dog’s true owners come forward to claim their pet.