When Fort Walton Beach police officer Marcus Montgomery went on a call to the Panhandle Animal Welfare Society (PAWS), he had no idea he’d leave with a new furry friend!

But some things are just meant to be.

As his investigation was coming to a close, a PAWS supervisor walked into the room holding the the tiny Pittie, who was at the time, a very groggy doggy.

“You could tell he’d been sleeping because his eyes were heavy and he was yawning constantly,” said Officer Montgomery in an article by Buzzfeed. 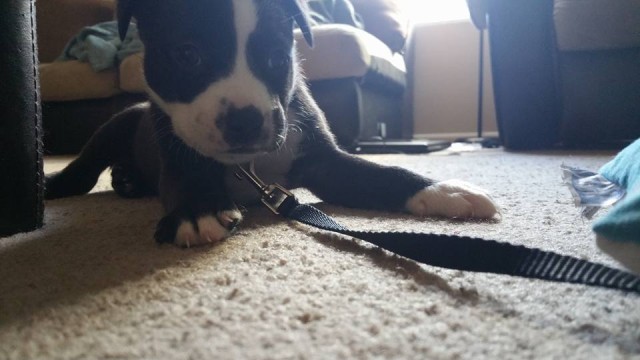 As soon as they exchanged (sleepy) gazes, Montgomery knew he wasn’t going to leave without the pup, who’d been found crying in a box outside the PAWS building just two days prior. 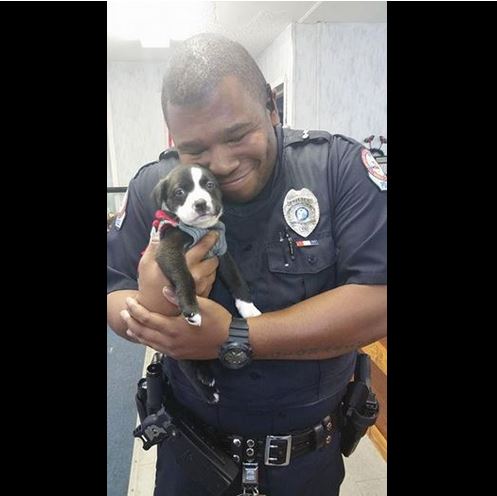 When the rescue organization snapped this photo, they had no idea it was going to go viral. But who can resist a man in uniform snuggling a tiny puppy? 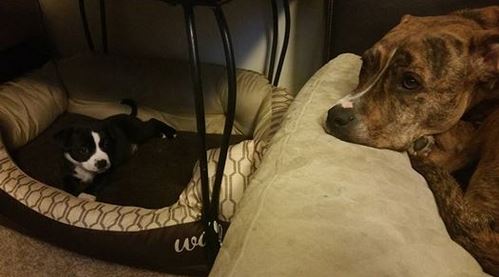 The puppy was named Kylo, a perfect match for his new brother. “Me and my girlfriend have wanted another dog for so long because Vader, our other rescue, loves meeting other dogs and playing with them,” he told Buzzfeed. 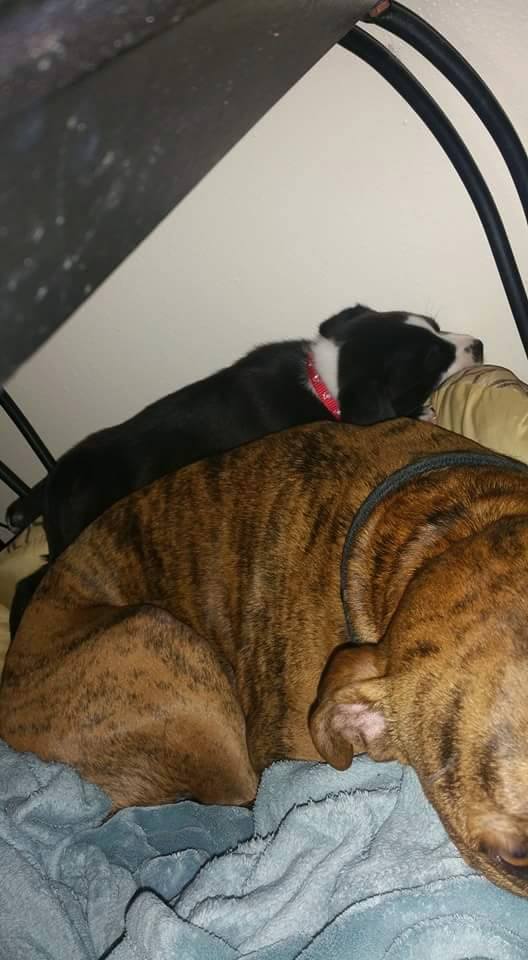 Montgomery also said that he’s particularly proud to be the dog-dad of two Pit Bulls, given the widespread misconceptions about the dogs.

“Our pit bull Vader was [at a shelter] for over a year, with so many folks looking past him. When we originally saw him, he was so depressed…We knew Kylo, even at his age, people would just look past him and not want to deal with the responsibility that comes with a dog like him,” he said in the Buzzfeed article. 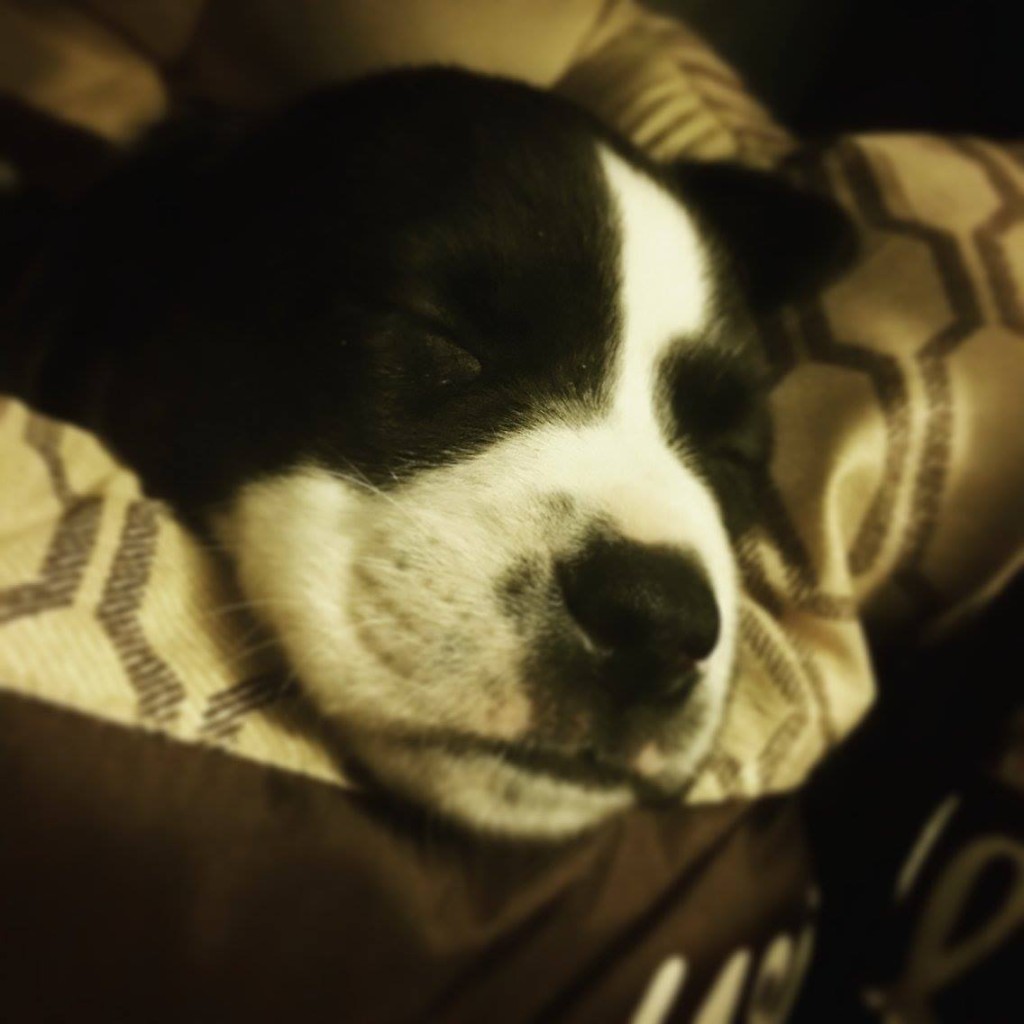 Heroism comes in many forms, and in our opinion, Officer Montgomery saved the day!