Just when Emily Beaston thought she knew everything about her three-year-old gentle giant, a picture revealed something about her dog she never realized before. And now she can’t unsee it! Emily’s boyfriend, Corey, snapped a picture of Floyd while at the park, and the perfect angle combined with the perfect placement of the dog’s ear made for a huge surprise! 😀 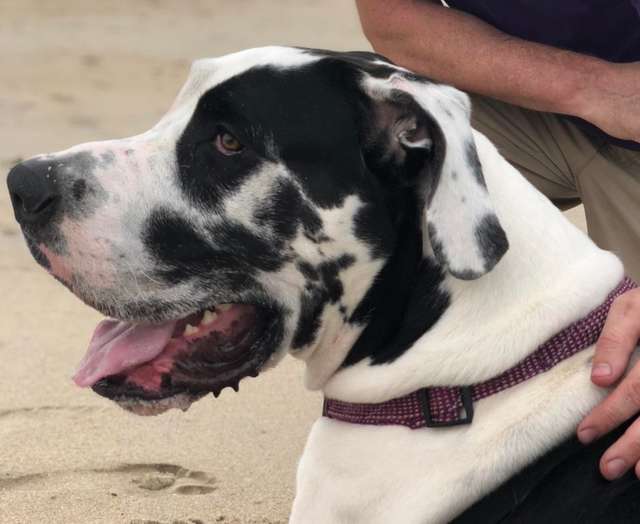 Corey used the photo as his profile picture on Facebook, and that’s when his friends noticed the selfie of the dog on his own ear.

“Once people noticed it on Facebook, a few (including Corey) were genuinely surprised and couldn’t ‘unsee’ the dog face on Floyd’s ear,” Emily told The Dodo. “Between people who couldn’t see the ear face at all to others who seemed genuinely freaked out by it, the responses were all quite entertaining!” 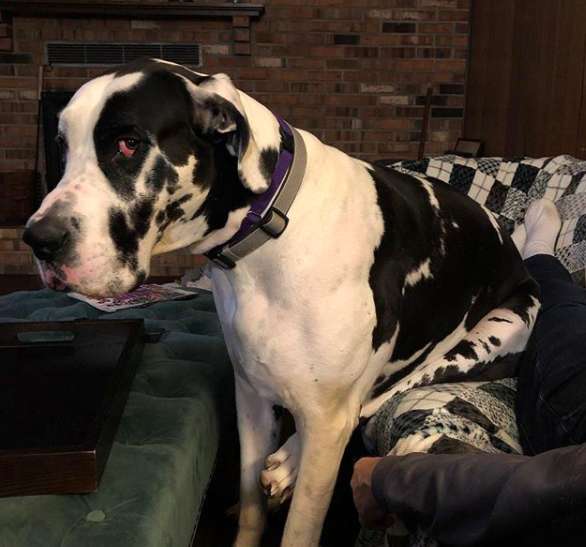 Emily then took to Reddit to share the image, and one person there tried to help those out who had trouble seeing it by tracing over the dog’s face. 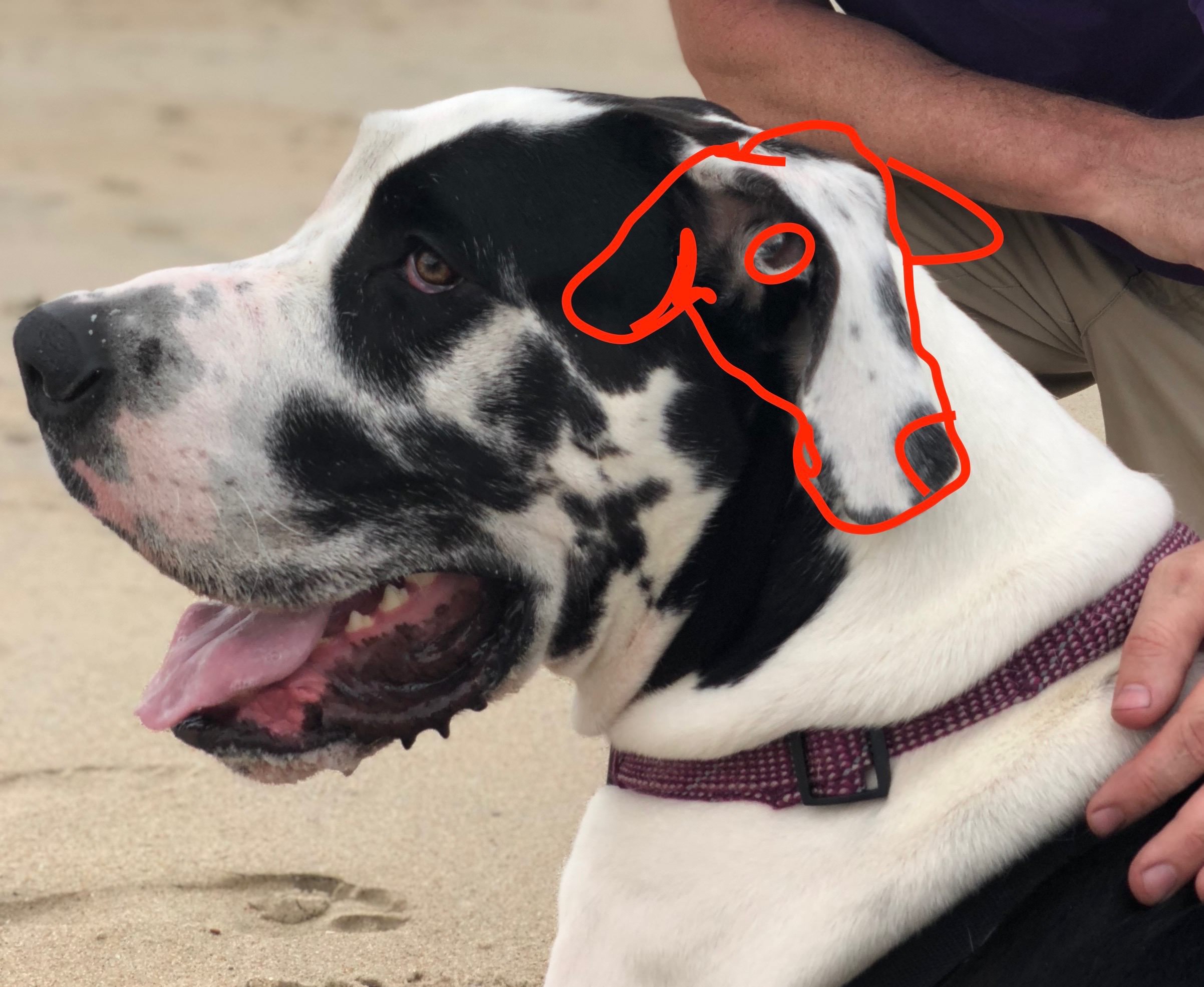 Once you see it, you’ll always see it! It’s funny how this dog’s special markings came together with just the right pose to create the optical illusion! Can you see it? 🙂