Red wolves, once common throughout the eastern and south central United States, were faced with the threat of extinction in the 1960s. Soon after, a captive breeding program began in an effort to save the species. In recent years, groups of these captive wolves have been released into the wild in North Carolina. Now, for the first time in several years, a wild litter has been born to this population.

In late April, the Red Wolf Recovery Program, a branch of the U.S. Fish and Wildlife Service, shared on Facebook that six wild pups had been born. Through genetic testing, biologists learned that their parents are mother 2225 and father 2323. 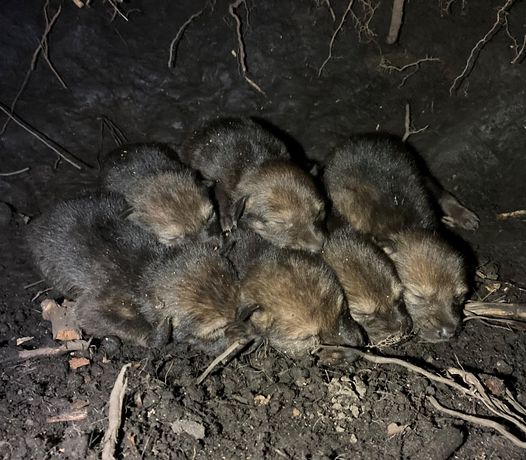 The post says, “This new litter is the first wild-born litter of red wolves since 2018. This red wolf pair was formed through the combination of several management actions and the two red wolves subsequently following their natural instincts in pairing, establishing their territory and mating. Every generation yields a new born hope for the red wolf… a cause for joy and celebration!”

The program shared several pictures of the tiny pups, both in their den and getting their information logged. This included cheek swabs for genetic samples and microchip implants so they can be tracked in the future. When the team wrapped, they placed the pups back in their den and went on their way. 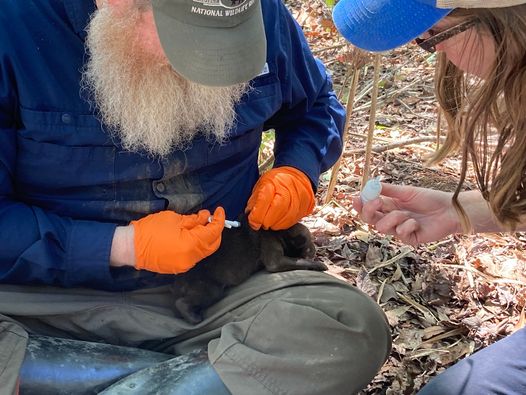 The effort to track them is part of ongoing work to bolster red wolf numbers in the wild. Dating back to the late 1980s, wolves from the FWS’ captive breeding program began to be released into North Carolina, after having been declared extinct in the wild in 1980. The population reached a peak of an estimated 120 in 2012. However, due to issues including car collisions, gunshots, and breeding with coyotes, their numbers began to fall off again. As of late 2021, the wild population was estimated to be 15-17.

The good news of the litter wasn’t the only recent boon to the struggling population, though. The Red Wolf Recovery Program had shared news a few days earlier that they recently released five red wolves, including a breeding pair of 6-year-olds and their offspring, into eastern North Carolina. They hope this pair can also produce a wild litter. 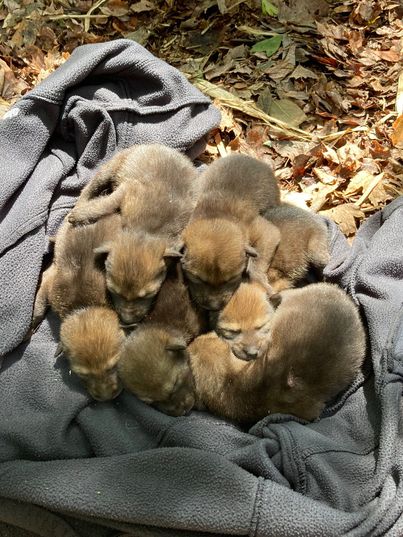