Weeks after a series of hospital visits for former President George H.W. Bush, the elder statesman is adopting a supportive new member into the Bush clan.

Sully will help the 94-year-old Bush open doors, pick things up off the ground, and get help where otherwise needed. According to People, Mr. Bush was recently diagnosed with low blood pressure and fatigue, vascular parkinsonism, needs a motorized scooter to move around.

Of course, the Yellow Labrador lends much more than just a helpful paw. It’s only been a short while since the passing of former First Lady Barbara Bush, and Sully will provide the president with some much needed companionship.

Mr. Bush’s aide, Evan Sisley, has remarked that the pair are already forming a bond. Sully was recently photographed getting comfortable at the nonagenarian’s feet, while another member of the former presidents club, Bill Clinton, came over for a visit.

“More than anything else the dog will be a wonderful companion,” Sisley said. 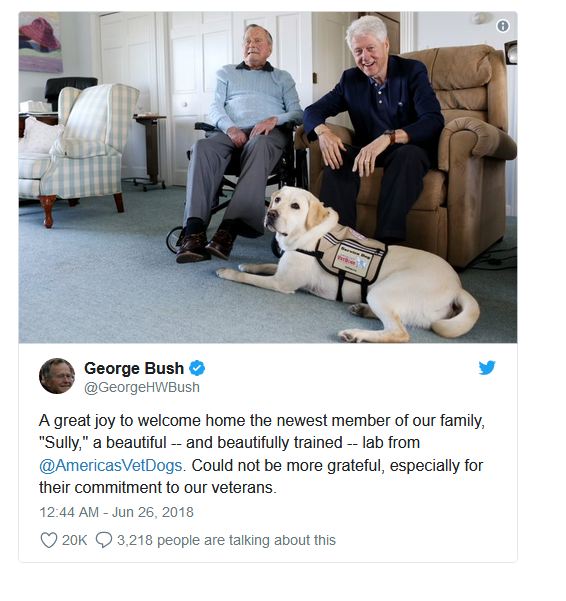 Though Mr. Bush may have a particular set of needs, Sully has a particular set of skills, CBS News reports. Sully was trained by the Guide Dog Foundation and America’s VetDogs, a nonprofit that provides active and veteran military members and first responders with service dogs, free of charge.

More to the canine’s credit, Sully arrives under the auspices of another celebrated American talent. The dog was named after Chesley “Sully” Sullenberger III, the pilot responsible for saving the lives of everyone on board his flight as he landed a US Airways Airbus 320 jetliner on the Hudson River nearly a decade ago. 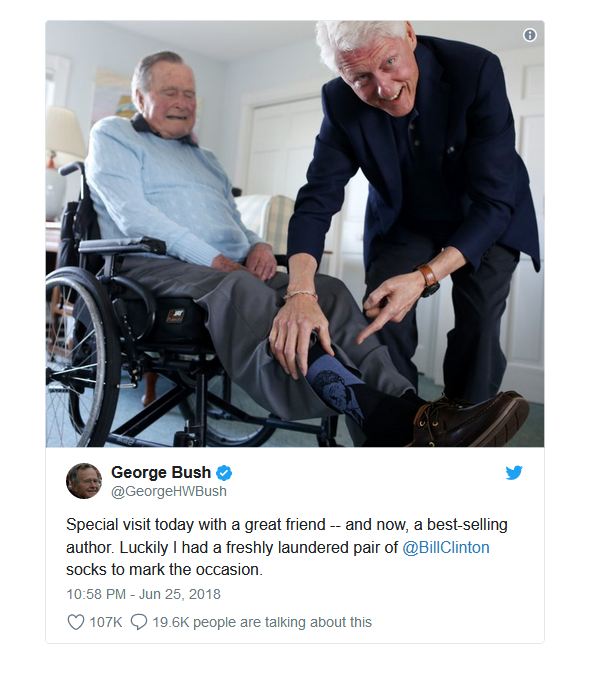 Now wagging his tail in the upper echelon of high-profile service animals, Sully even has a social media presence. The instagram account, @sullyhwbush, has already started detailing this dog’s journey