Rocket began his life as a stray puppy wandering the streets of Sacramento, California. Sadly, shelter officials deemed him unadoptable due to his boisterous nature. Just one day before his scheduled euthanasia, he was saved by a group that trains dogs for search and rescue missions. This week, the former death row dog deployed to Texas with his handler, Windsor Fire Protection District firefighter, Mike Stornetta to assist in the rescue efforts. 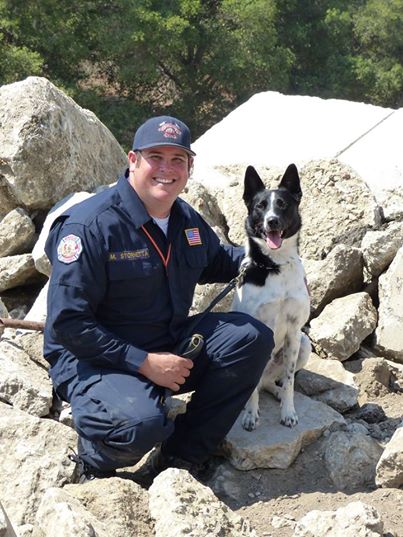 Rocket and Stornetta’s mission to Hurricane Harvey’s hardest-hit areas marks the first Urban Search and Rescue K-9 team deployment in 12 years. Their friends and coworkers posted these words of encouragement to Facebook on Monday:

“The team arrived in Texas this morning after 20+ hours on the road. Mike and Rocket are trained in finding live victims during disasters. They have trained together for several years in order to be prepared for just such a disaster, they are ready and willing and we know they will do an awesome job! Stay safe Mike and Rocket!” 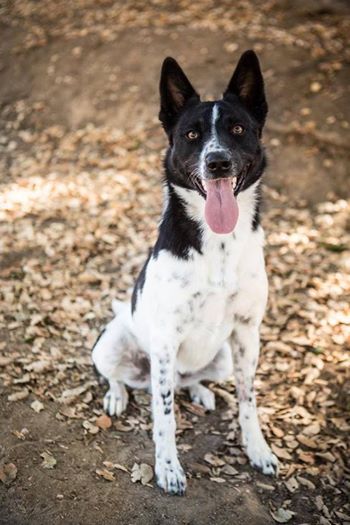 Rocket is an official FEMA Urban Search and Rescue (USAR) dog. He has trained alongside Stornetta each day since joining the K-9 team, even responding to real-life emergencies like helicopter crashes. His USAR training means Rocket is prepared to find people who are still alive, but trapped in some way. 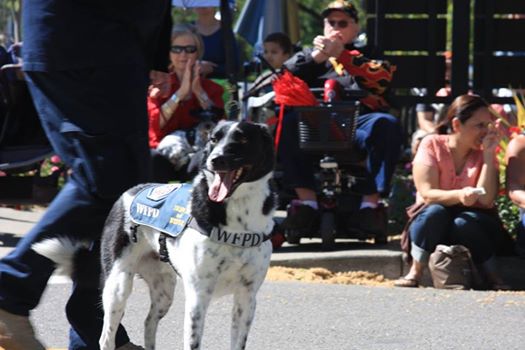 Rocket’s energetic nature makes him the perfect candidate for this type of service.

“It’s an amazing story,” Stornetta told KTVU. “You take an animal that some people might consider worthless… you take that animal and give that animal a job and they go from worthless to absolutely priceless.”