This dog is gorgeous, sweet, playful, and has been homeless for most of her life.

Survivor Tails Animal Rescue found Zelda through a shelter in Georgia. Abandoned while pregnant, Zelda was living with a foster while riding out her pregnancy, but Survivor Tails saw promise in her, and decided to take her in. After giving birth, she and her puppies moved North to Survivor Tails’ shelter in Boston, MA. Zelda raised her pups until they were old enough for adoption, and they all quickly found new homes. That was two years ago, and Zelda is still waiting for hers. 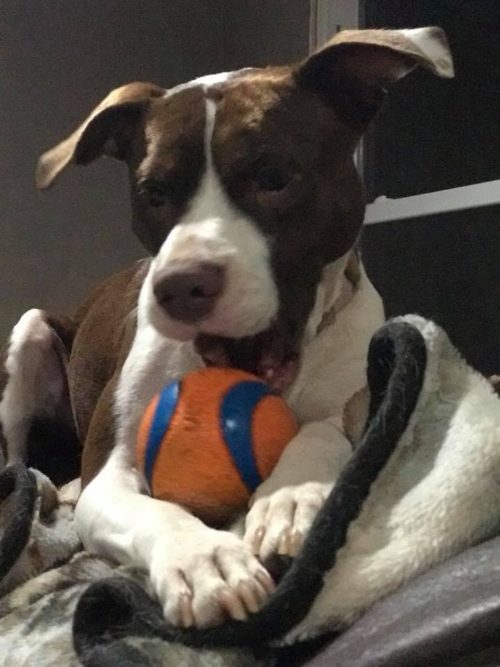 Looking at these big eyes and that sweet puppy-dog face, it might be hard to believe that Zelda, now 3 years old, hasn’t found a home yet. According to Carol, a volunteer at Survivor Tails, Zelda is the sweetest dog anyone could hope to meet. Carol tells iHeartDogs:

“Zelda loves people more than anything, loves to snuggle/be close and give kisses. She’s not destructive, she can be left lounging, sleeping, etc. and you’ll pretty much find her in the same spot you left her. She loves to chase balls and toss squeaky stuffies in the air, catch them, and repeat. She will entertain herself or play with you—whatever you’re in the mood for.” 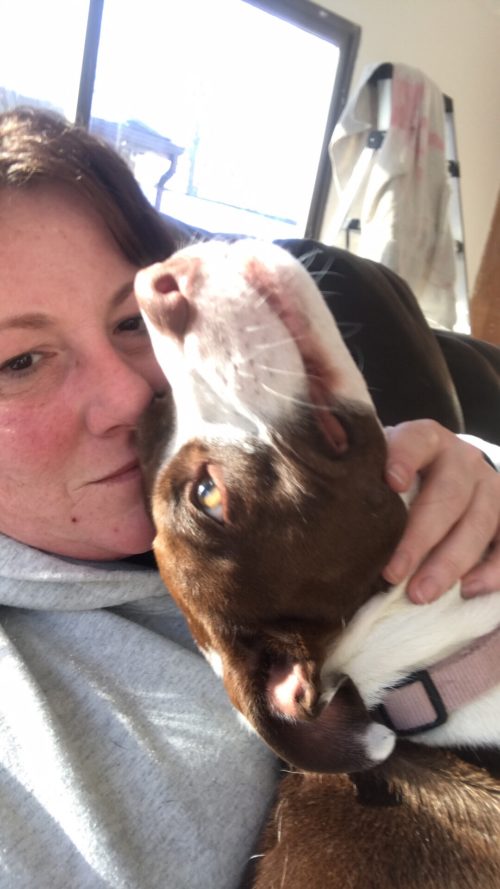 But Survivor Tails hasn’t found the right family for her yet.

When we think of “special needs dog” we often think of those with neurological disorders, or disabilities, or missing limbs, but Zelda is also special needs. She needs a special home without other dogs. Although she adores people, she can be very aggressive where other dogs are involved. For a dog lover, it can be hard giving up trips to the dog park or having to explain to other pet parents why you can’t have a playdate, but the person who takes Zelda in must understand that this is what she needs, and it’s for the best that she stays an only-dog. This one issue has made it difficult to place her, but Survivor Tails is determined to find her a home.

This is Zelda. We pulled her from a shelter in GA where she was abandoned pregnant, and brought her and all her babies…

The staff isn’t sure why Zelda behaves the way she does with other dogs. As a shelter pet, they can only guess at her past before she came to them.

“There are times when she seems fearful and others when she’s over-stimulated, like prey drive,” says Ali Dube, Zelda’s long-time foster. “She was adopted for a short time. He adopters reported she jumped over 6’ stockade fence to attack a smaller dog walking by. She was then returned.

“She came back to me for several months before going to her foster to adopt (FTA). There she was loved but they just didn’t have the skills or ability to keep her from slipping out of the house and attacking other dogs.. While the FTA absolutely loves her and really wants to keep her, they realize they cannot give her the life she deserves.”

Can you help Zelda find the lifestyle she deserves? It may be hard committing to just one pup, but Zelda has the same affection to give as ten dogs.

Ali says, “Zelda is such a love. She has loved everyone she has ever met, people big and small. She really loves human companionship. She’s quite the kisses and really enjoys cuddles.

It took her a while to realize what toys and balls were for but once she figured it out she was in heaven, whether squeaking a toy or chasing balls. When I would leave for work she would be sleeping on my bed and when I came back home she would be in the very same spot I left her in.

Sadly when she first came to us she was always fearful like she did something wrong…. [but] never once showed any sign of aggression towards a human.” 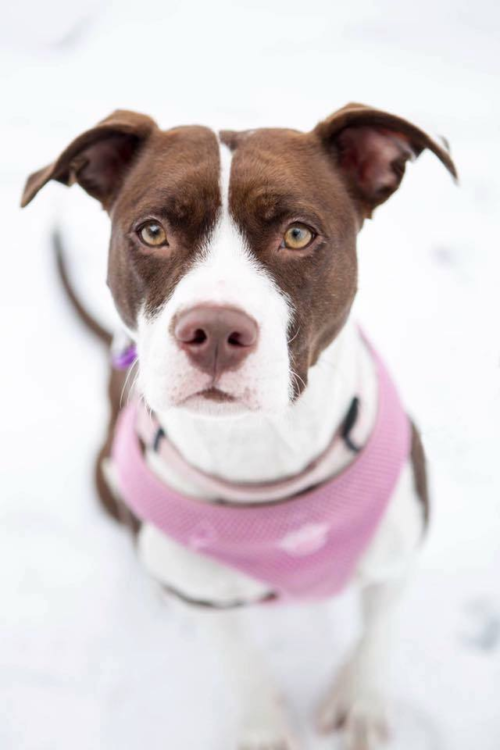 If you or someone you know is interested in giving Zelda a home of her own, check out Survivor Tails online and on Facebook.