The US has been embroiled in a week of election news as everyone eagerly waits to hear the official announcement of who will be the next POTUS. And while that is still a hot-button issue, there is one town in Kentucky has elected the cutest four-legged mayor in history.

The small town of Rabbit Hash in Kentucky is no stranger to dogs running their town. They have previously elected their first canine mayor back in 1998. And since then, there have been 5 other canine mayors – the latest being elected this election.

The lucky pooch is Wilbur Beast, a French bulldog who won his position with 13,143 votes, the highest number of votes to ever win the position of mayor. 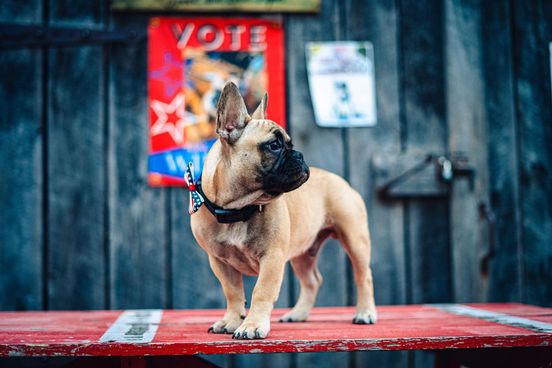 The election results were shared online by Lady Stone, a black and white border collie who is the ambassador for the town. The online announcement was said to be “the most important election that happened this year.”

Runners up to the position were a beagle named Jack Rabbit as well as Poppy, a golden retriever. Both pooches will be joining Lady Stone as town ambassadors. But despite Wilbur Beast’s victory, he won’t actually be in charge of the legislative decisions.

Wilbur’s owner, Amy Noland, shared with Fox News that it was “an exciting adventure and a deeply meaningful cause” so she was quite proud of her pup. Wilbur takes over as “mayor” of Rabbit Hash from the previous canine mayor, a pit bull named Brynneth Pawltro who was previously elected in 2016.

Congrats on your victory, Wilbur!