A beautiful German shepherd spent the past year hiding under vehicles at a landfill in California.

The sweet boy was abandoned along with two smaller dogs, according to workers at the landfill. The kindhearted staff made sure the dogs had food and water until help arrived.

The two small dogs were rescued shortly after they arrived, but the German shepherd was afraid and wouldn’t allow anyone to come near him.

Hope For Paws, an animal rescue in California, received an email about the abandoned dog and drove over two hours to save him.

Rescuers, JoAnn Wiltz and Katie McKittrick, arrived at the landfill in Mojave, California, and spent the first 30 minutes trying to locate the dog.

The skittish dog ran off when rescuers tried to approach, so they set up a crate with tasty food inside to try and lure him in. An hour later, they finally captured the dog inside the crate and commented on how sweet and beautiful he was.

They decided to name him Andrew.

He was taken to CARES to be examined and received a much-needed bubble bath. After being abandoned by his owner and spending over a year on his own, he was understandably leery around people. 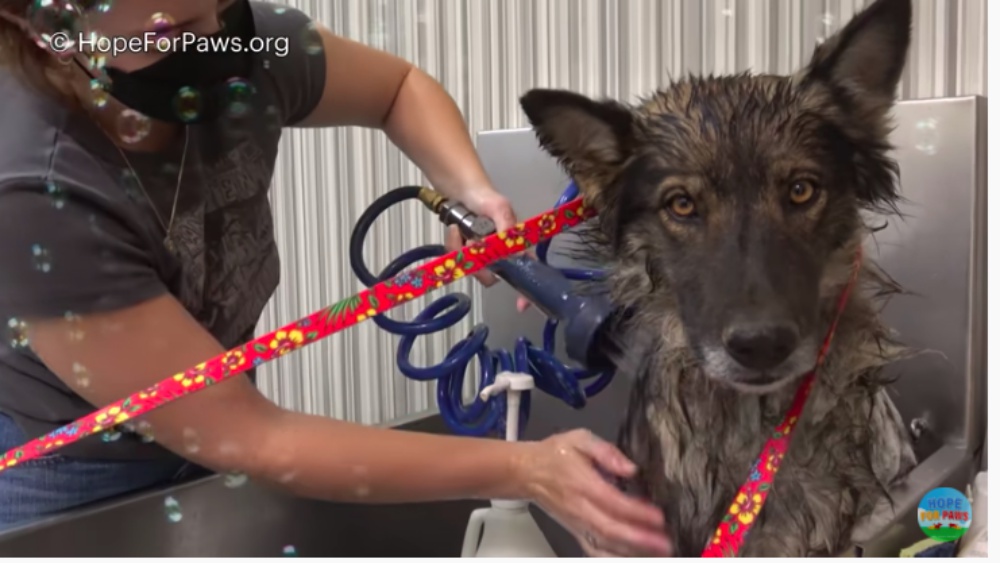 He is estimated to be one to two years old and has never experienced a loving home. 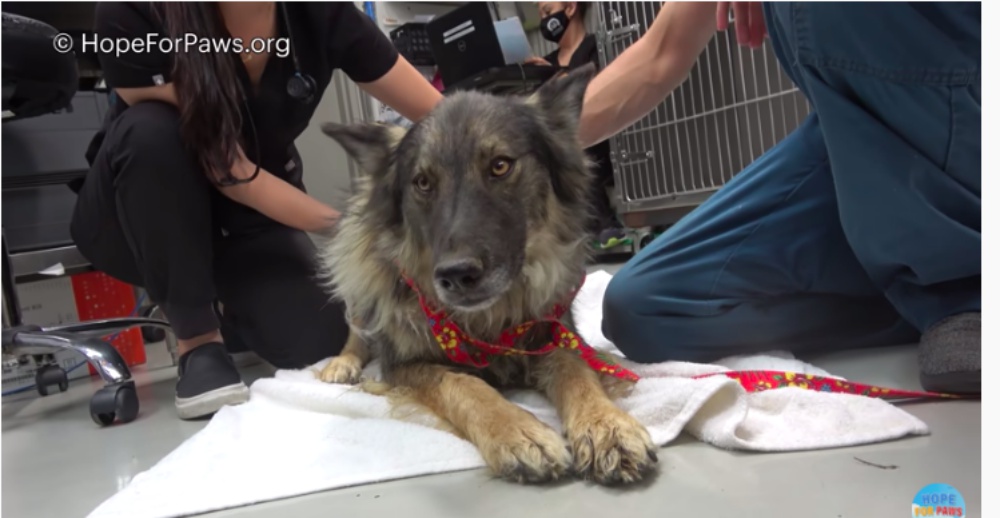 LA Animal Rescue offered to foster Andrew and teach him how to trust and love again.

The rescue posted, “Andrew has never had a home to call his own. Everything is new to him…wearing a collar, using a leash, having a consistent source of food and water, human kindness, everything we consider common is NEW for him. He’s going to need some time to settle, trust and decompress.” 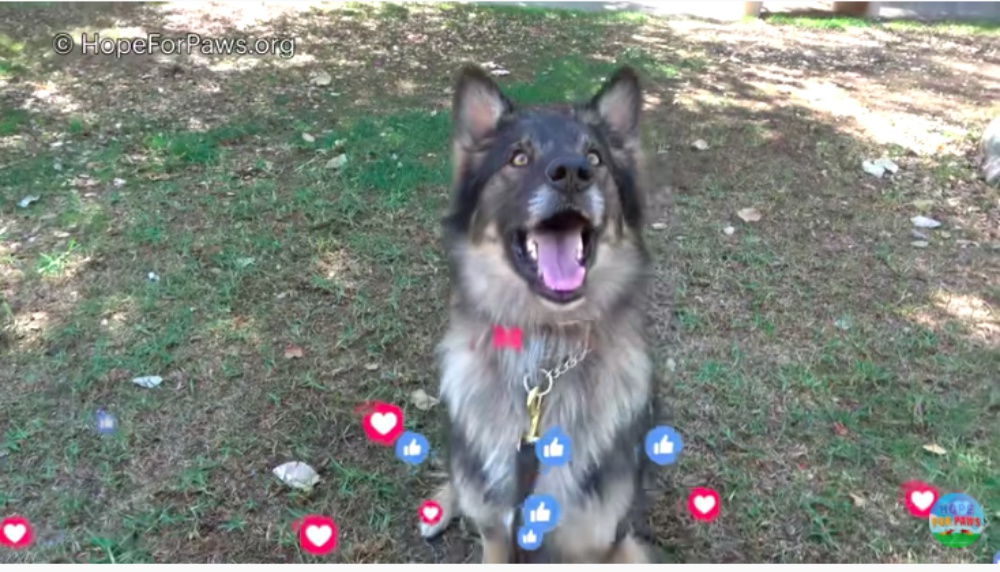 A month later, his rescuers stopped by for a visit and were thrilled to Andrew’s tail wagging as he greeted them with kisses.

Anyone interested in adopting the “exotic” German shepherd mix can reach out to the rescue for more information.

Check out Andrew’s amazing rescue in the video below and don’t forget to share!