Out in Colorado, a little dog named Frodo is healing.

Frodo belongs to 12-year-old Olivia Roush. The 6-year-old Chihuahua is sleeping soundly, often amid her cuddles, thanks to the help of a good Samaritan, a total stranger. 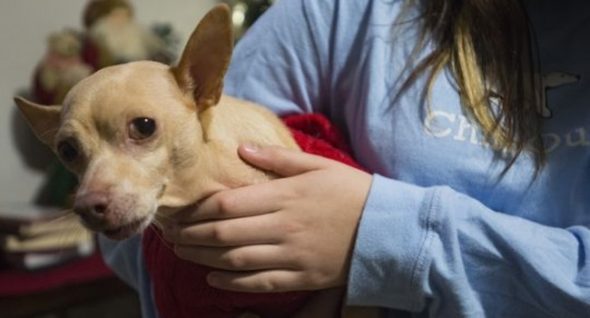 A few weeks ago, the family still doesn’t know it happened or who did it, the small dog was kicked in the mouth. They worried his jaw was broken. Olivia’s grandmother, Myra, promised to take Frodo to the vet while Olivia was at school.

At City Park Animal Clinic in Fort Collins, Dr. Ashley Hill could barely get near his muzzle to diagnose the trouble. Frodo needed sedation. And early estimates put the bill somewhere around $1,000.

Myra didn’t have it. She was heartbroken, unsure of what to do, not wanting to let her granddaughter — or Frodo — down.

“I was freaking out,” Myra told the Coloradoan. “I had $50 to my name and there was no more money until the first of the month,” she said. “He was in pain and there was nothing I could do. It was truly all the money I had.”

The clinic, sadly, does not accept payment in installments and Myra lives on disability. Frodo was being sent home with some donated medication, but that was all they could do.

At the same time, Dianne Skogerboe there, waiting to pick up medication for her brood of animals.

“I heard a really loud cry from an animal” in an exam room, said Skogerboe, who lives with her husband, Scott, five dogs, four cats and a chicken. “A woman came out with a dog, and the dog cried out really loud. It was obviously in a lot of pain.”

She overheard the woman say she was going to pay what she could and go and realized the dog hadn’t been properly seen.

“I couldn’t see the dog leave in that amount of pain. I don’t like suffering, and that dog was clearly suffering.”

Skogerboe asked if she could help. She spent about $300 for Frodo’s sedation and the discovery and removal of an abscessed tooth. 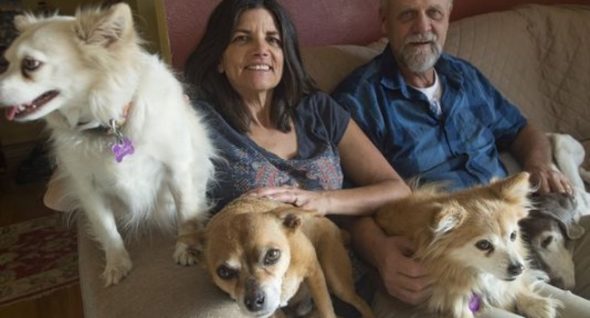 “It was just a miracle,” she said. “I believe it was God and (Dianne) that made it a miracle. It was really awesome.” Without it, she would have brought Frodo home still suffering. “He probably would have been in so much pain he would have died.”

“Frodo is my baby,” Olivia said. “He’s such a wonderful dog, and I love him so much. I don’t know what I would do if something were to happen to him.”

Olivia rescued Frodo two years ago from a family that was moving and couldn’t take him. “He’s just been my baby ever since,” she said. “I feel so grateful that somebody (paid the bill) because they didn’t have to. He could still be in pain but he’s not, and I’m grateful.”

Skogerboe is happy she was in the right place at the right time.

“The woman clearly loved the dog,” she said. “She was holding it and apologizing to it. She had tears in her eyes. I wanted the animal not to suffer and to make someone who loves their pet feel good.”