Anyone who has a dog knows what a nuisance fleas can be. The blood-sucking insects not only inflict suffering on a dog by causing constant itching, they can also cause painful rashes and blood loss, and they can infest your home and turn to biting human hosts.

No wonder Petey the dog dislikes them. In fact, he doesn’t even like to hear the word let alone think about it. Why just the idea of having a flea makes him so mad. As his human mom says in the video, “He doesn’t like to think he has a F-L-E-A.” 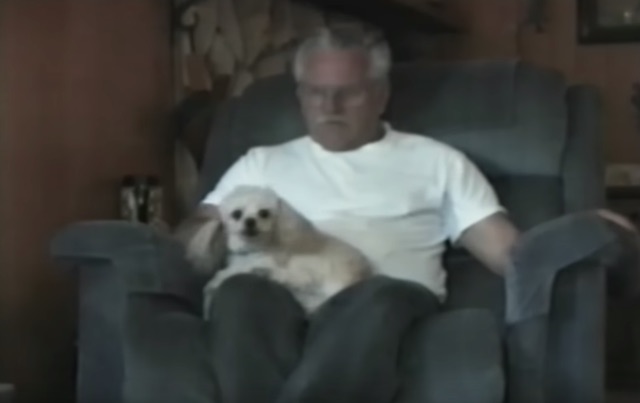 Petey’s humans decided to film what happens when the mere suggestion of him having a flea is mentioned. When dad asks him if he has a flea the little white dog jumps up and emphatically barks “no” growling angrily. You can tell the two are play-acting and that this is a game for them because Petey’s tail is wagging happily the entire time and the two exchange cuddles after their flea disagreement. But that doesn’t mean he doesn’t hate having fleas.

Watch Petey’s reaction to “F-L-E-A” in the funny video below.