A terrier named Nate with a birth defect has gone from homeless to Heaven, thanks to Hollywood power couple, George and Amal Clooney!

Nate was rescued from a hoarding household by LuvFurMutts Animal Rescue in Ohio. The organization’s Facebook page describes the pup’s birth defects, saying he has “a barrel chest, a leg that swayed. He walked like a Hyena.”

Because of his appearance, he became a spectacle at adoption events. Says the post:

Several people applied to adopt him but then said no when they met him. He was with us 9 months. The lowest point came when an adopter cried when she met him and said she would be depressed the rest of her life if she had to look at him every day.

But Nate’s torment would soon come to an end. No strangers to rescuing animals, the Clooney’s heard about the disabled terrier. After learning his story and watching videos, they knew who’d provide him with the perfect home: George Clooney’s parents! 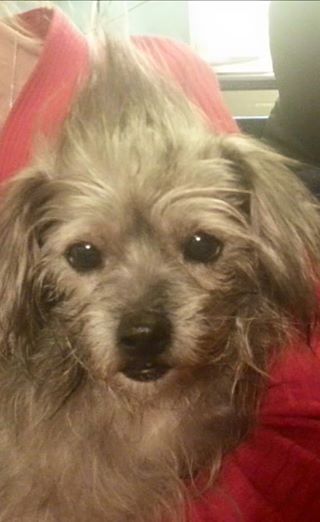 Nina and Nick Clooney had recently lost their own beloved Terrier of 10 years, according to an article by Fox4 News. When George showed his mother YouTube videos of Nate, he tugged at her heartstrings. Dad Nick said, “I guess it sounds like he gets around just as good as we do anymore,” according to the LuvFurMutts Facebook post.

In a secret arrangement (so as not to bring attention to the public), Nate was delivered to forever parents Nina and Nick Clooney on Christmas Eve, just in time for them to spend Christmas together. Out of respect for the Clooney’s family time during the holidays, the ecstatic folks at LuvFurMutts kept this heartwarming story under wraps–until now! 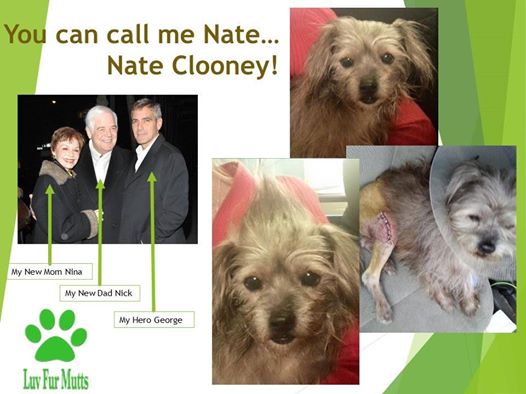 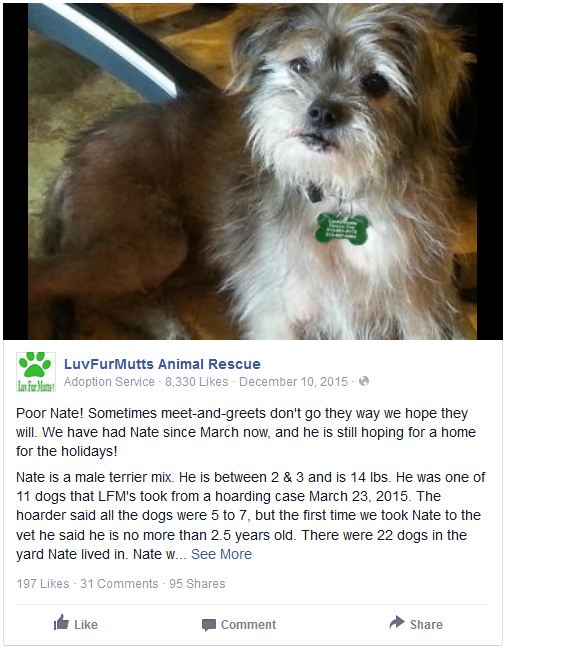