We didn’t share it here, but you may have seen the viral video of the German shepherd mix being dragged behind a man’s motorized wheelchair.  He was arrested and the dog was seized, and now this girl has found a home with a “cowboy priest” who now has 10 dogs that were once abandoned or abused.

Melissa Torrez saw and recorded her Texas neighbor, Mario Cardona, dragging poor G2 behind him.  She told him to stop, and he basically said that it was his dog and he would do what he wants with her.  She called the police, and hours later they arrived at his home and arrested Cardona on an animal cruelty charge. 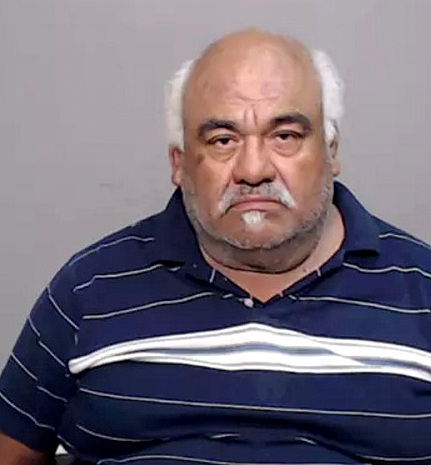 “I was really upset,” Torrez said.  “A lot of people told me I should have cut the dog’s leash, I should have [taken] the dog, pushed him off his wheelchair…. I wanted to do all those things, but I have to think with my mind, and not my emotions.

Mission Animal Control took G2 into their care and determined that despite her treatment, she was in good health.  And now she has been rehomed with a man who is known for taking in abused an abandoned animals – a modern day Saint Francis. 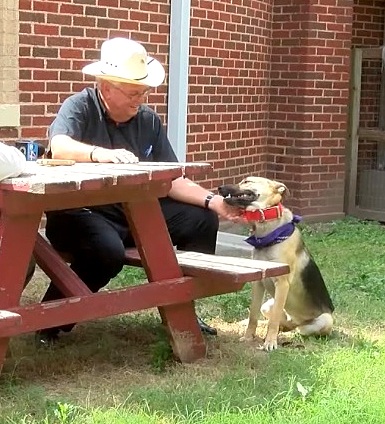 Reverend Roy Snipes of the Our Lady of Guadalupe Catholic Church in Mission has renamed her Ceniza, Spanish for “ash” in honor of Ash Wednesday.  He calls himself a “cowboy priest,” and currently has about nine other dogs.

“It’s hard to tell you ’cause I can’t get them to sit still long enough to get a good head count,” he joked with KGBT. 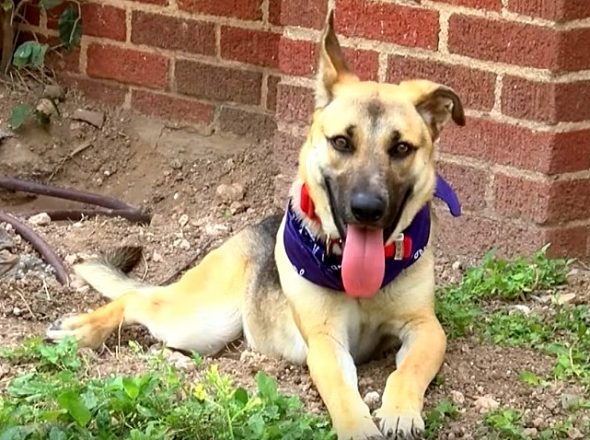 Ceniza’s former owner is actually a member of Snipes’ congregation.  Snipes calls him a “roughneck,” but says he doesn’t believe Cardona truly meant to hurt his dog.  At any rate, Ceniza is now in good company with fellow rescue dogs, who often accompany the Reverend to church. 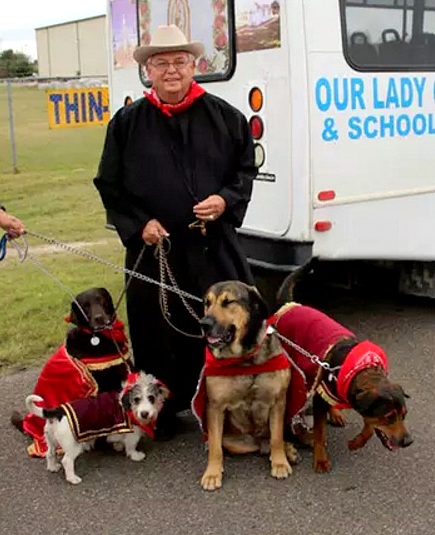 “I’m sure this Sunday everybody is going to want to see her,” Snipes said. “So if she’s calmed down enough I’ll bring her into mass with me.”