A starving German Shepherd found hanging from her neck off a balcony in Egypt is alive today thanks to a fast-acting Good Samaritan and an International rescue effort. 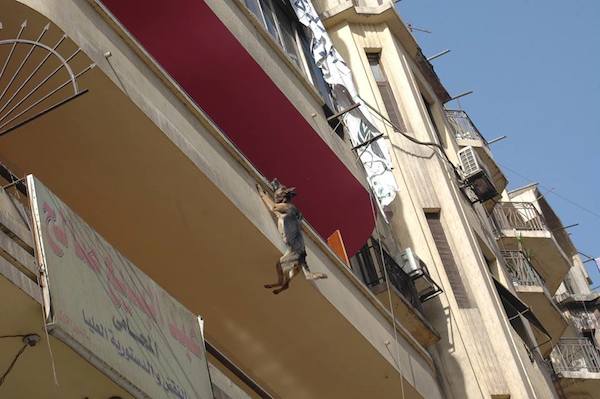 The German Shepherd had been left alone on an apartment balcony without food or water for days on end. 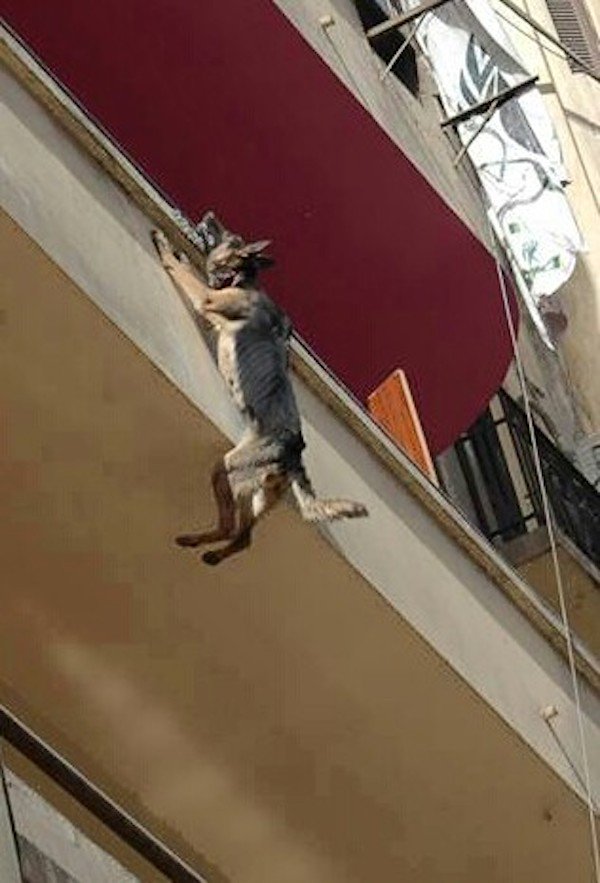 Desperate, she jumped over the side of the balcony, but the sharp chain around her neck cut into her throat and left her dangling over the edge three storeys up from the ground. 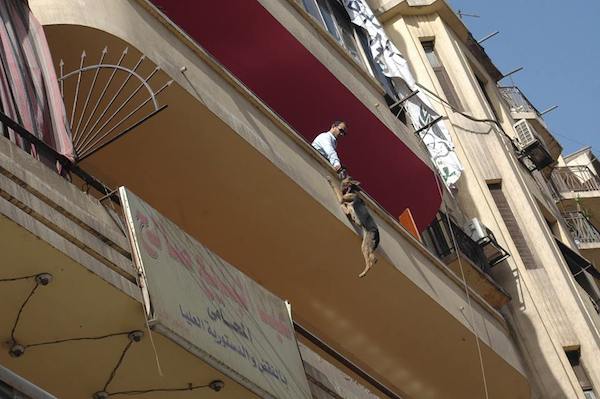 She began screaming and a neighbor heard her cries and got her help. Rescuers came and pulled her up to safety. 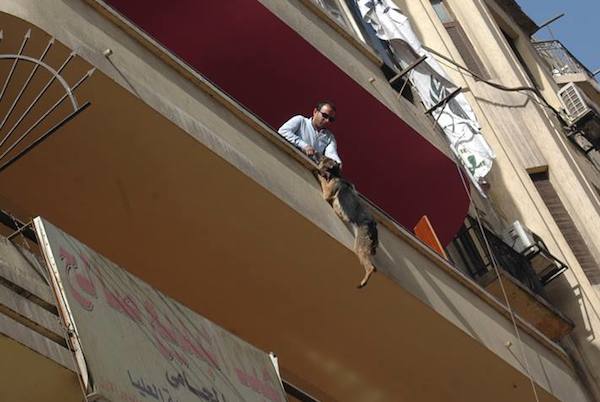 She was very thin and the chain had sliced open her neck. 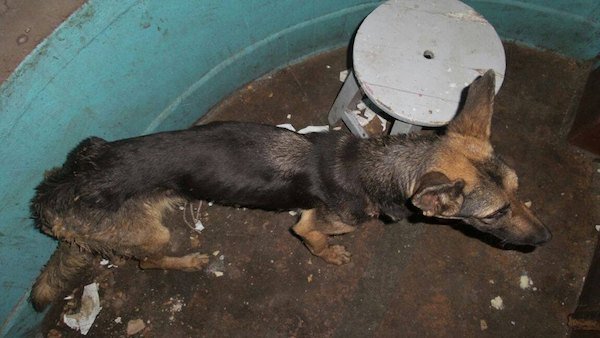 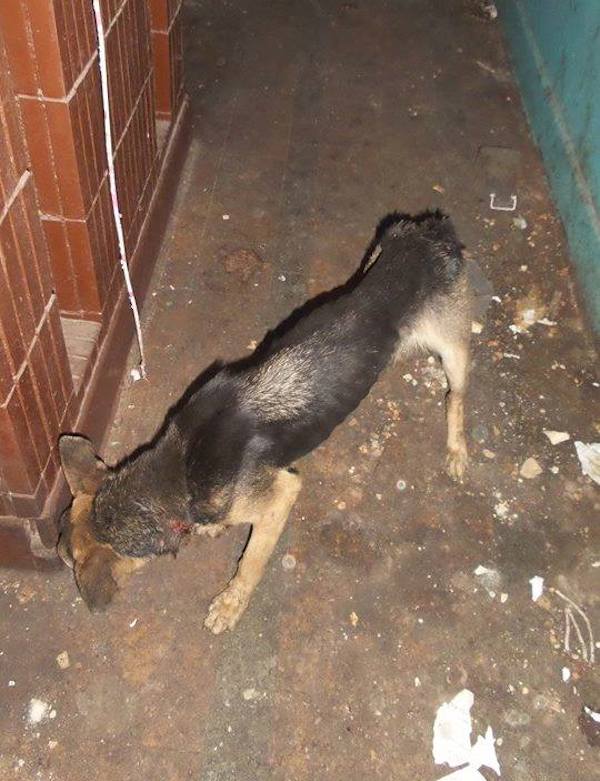 This was the chain rescuers found her dangling from. 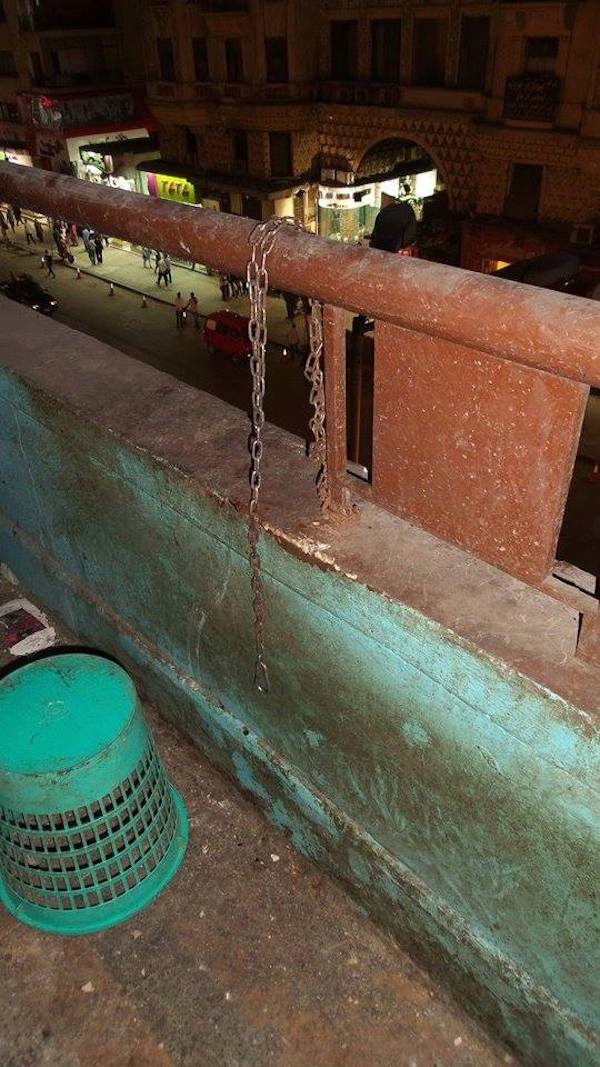 The dog arrived at the Egyptian Society for Mercy to Animals (ESMA) shelter on April 28, 2015, after she had been rescued from her terrible predicament. 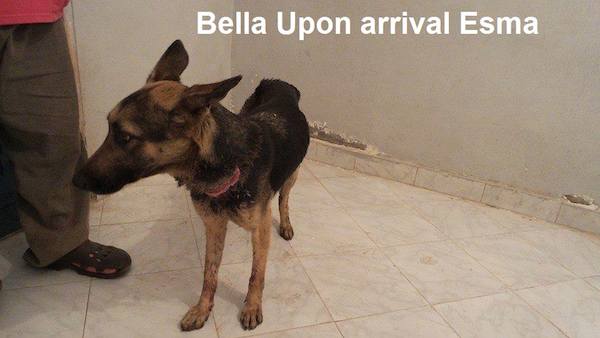 ESMA took her in even though their shelter was overloaded and got the badly injured dog medical attention. 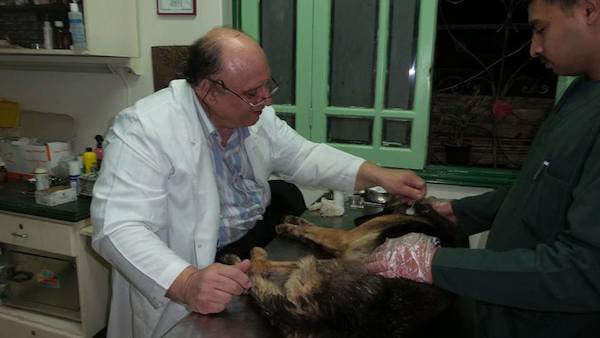 Her neck was severely lacerated from the chain that had been around her neck. ***Warning some of the images below may disturb some readers.*** 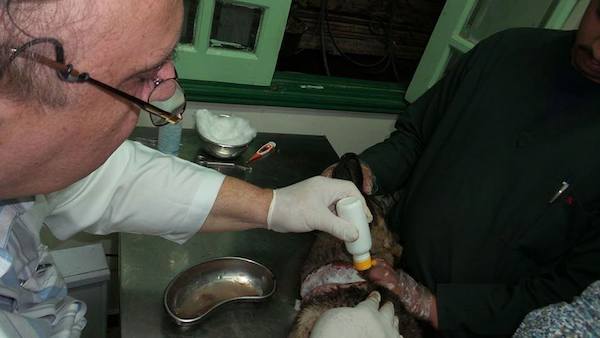 Her wounds were treated and efforts began to find her help.

The German Shepherd was named Bella.

A few weeks after she arrived at their shelter, ESMA coordinated with the US-based rescue Special Needs Animal Rescue & Rehabilitation (SNARR) for Bella to be flown back to the United States with animal welfare volunteer Rania El-Kordy. 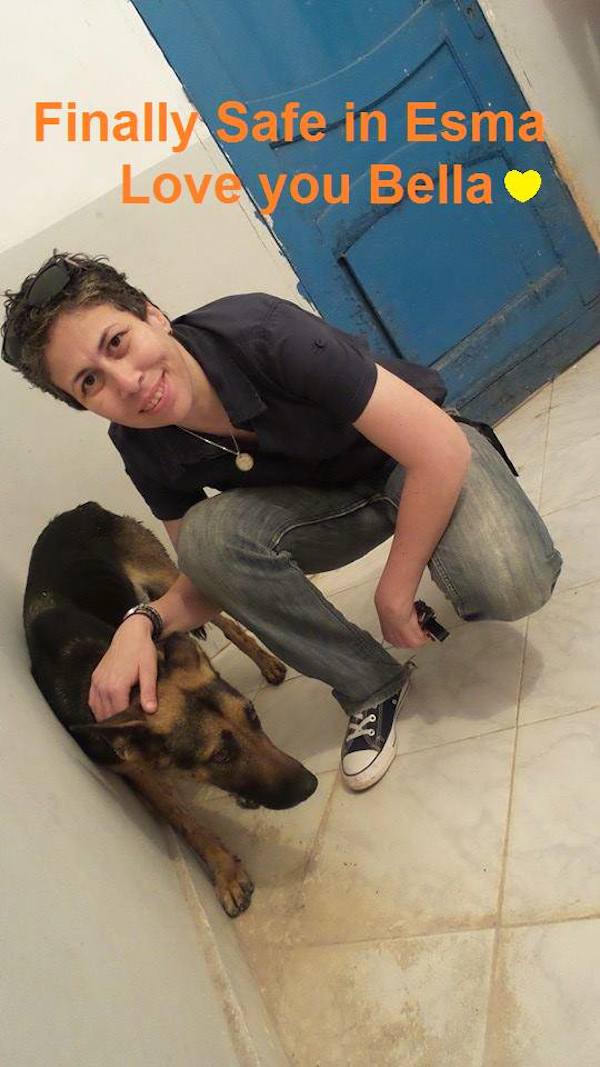 Thanks to everyone’s efforts, Bella is now in a foster home getting much needed love and attention. After just a few weeks at her new foster home, Bella is looking relaxed on the couch. 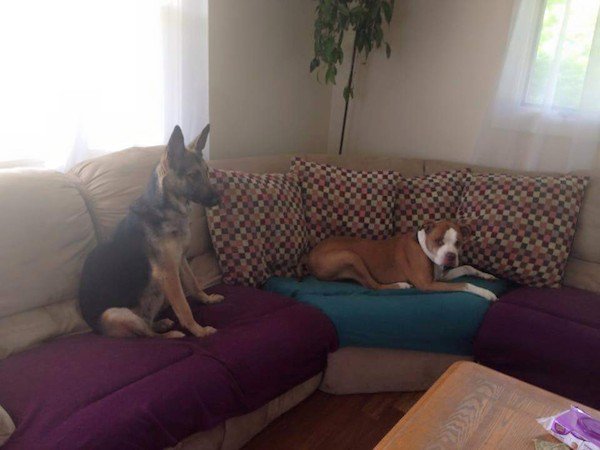 Bella no doubt has a bright future ahead of her now that she is in safe hands.

Share her amazing rescue story with your friends and family!