“I volunteer in a non-profit shelter called Jelly’s Place. Someone in the community had her abandoned and brought her in. Our best guess is that she was a kitten in a feral colony,” Kendal Benken, a volunteer told Bored Panda. 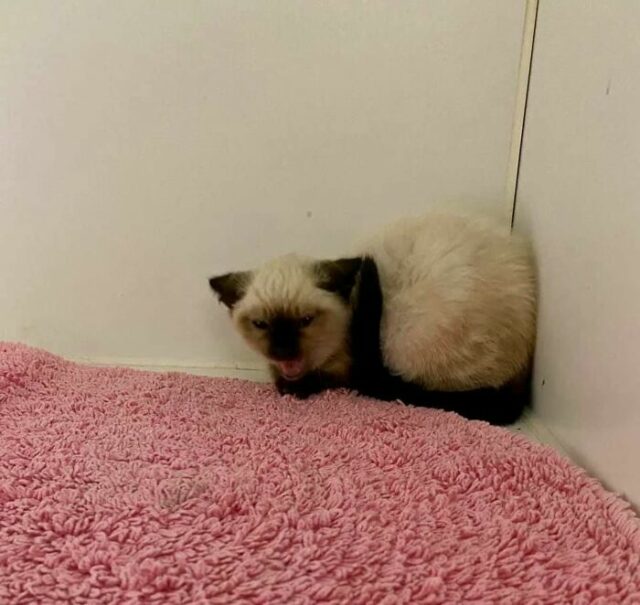 The kitten was afraid and do not let anyone touch her. “She was super scared and very hissy at first. No one could touch her,” Kendal says. “We weren’t even sure if she was a male or female. She was only 5 weeks at that time, and most likely had never had human contact.” She added.

Kendal took the time to gain Betty’s trust. She had to wrap the kitty with a towel to bring her home. 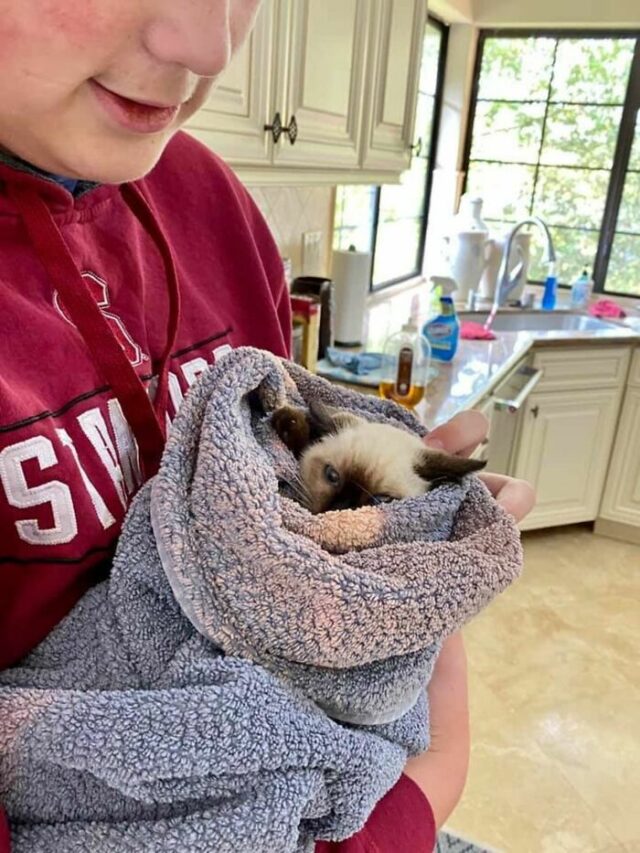 After being brought home, Kendal’s two rescue pups immediately check out the new member of the family. Even though the kitten was not friendly, the two dogs were fascinated by her, especially the Labrador Truvy.

Kendal mentioned, “Truvy LOVES kittens!! She must have been a mama cat in a former life. She was always licking her head when I would hold her.” 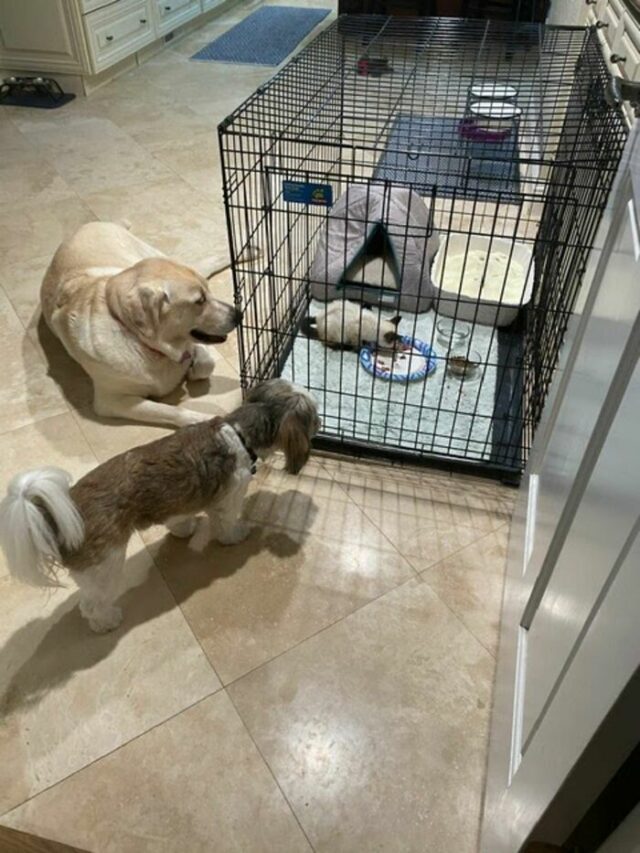 For the next few weeks, Betty slowly break out from her shell and after Truvy’s honest effort, they became friends. “I think because Betty wαs so young, she just accepted that it was normal for a giant dog to clean you. Betty absolutely loved Truvy and would curl up to sleep on her any chance she got,” Kendal says.

Truvy’s love and affection transformed Betty into a playful and loving kitty ready to be adopted. “Once Betty stopped being so afraid, she was actually a really sweet, playful kitten. It was really hard for me to give her up. I really loved her but Roz was the perfect person for Betty! We still stay in touch. So I’ve gotten to watch Betty grow up,” says Kendal. 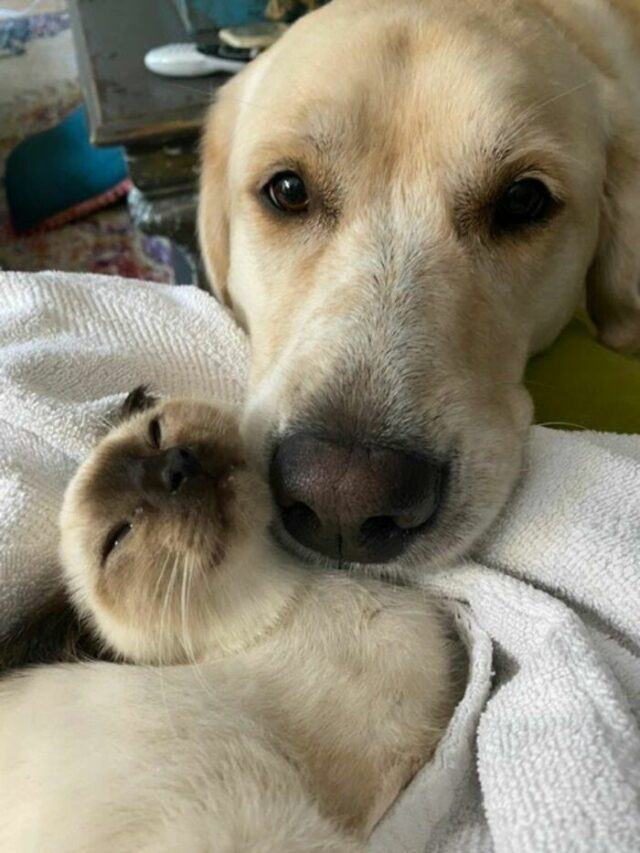 Though adopted in a different home, Betty and Truvy will still continue their friendship and got to see from time to time. Let us consider fostering cats and dogs and the return will be a hundred-fold.