Gigi, a 4-year-old schnauzer/terrier cross, was all alone and in awful condition for months before she was rescued by Rescue Dogs Rock NYC. 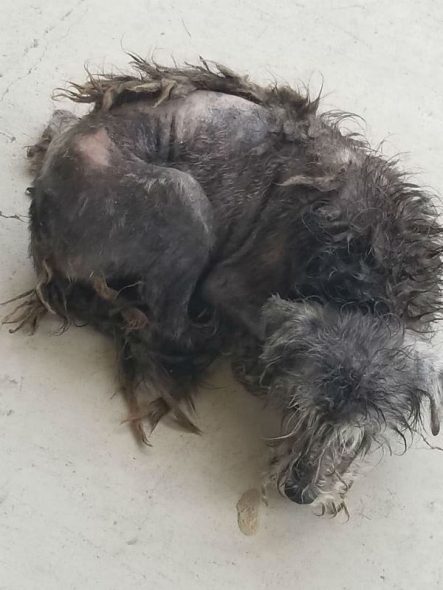 Emergency veterinary care was crucial and she’s been with doctors ever since, slowly making her way back to health. And back to trusting people.

When rescued, Gigi had bald patches (she suffered from both demodectic and sarcoptic mange). She was emaciated and anemic. She was heartworm positive.

But the faith and love and perseverance of her rescuers and those who have cared for her since has paid wonderful returns. 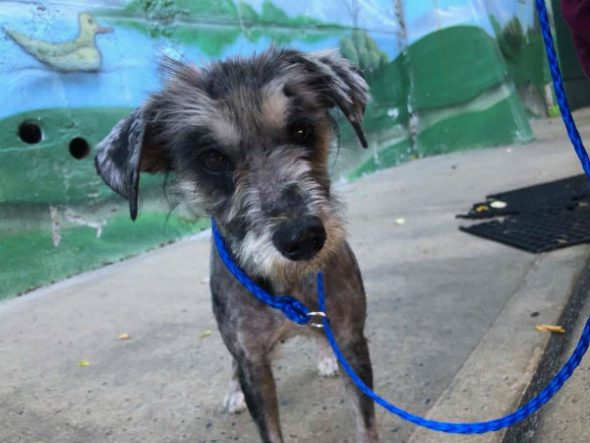 While Gigi still has some time left to spend with the veterinary staff, soon she’ll be placed in foster care and eventually — a forever home!

Rescue Dogs Rock NYC’s Facebook page tells followers that Gigi is good with dogs and kids, but not cats.

Gigi’s care has cost into the thousands, so if you’d like to help fund her care and that of the other dogs Rescue Dogs Rock NYC helps, donate here.

If you’re interested in applying to adopt her, fill out their application.