When it comes to dog dancing in the performance circuit there has been all kinds of award-winning routines.

Some have been inspired by fairy tales, others by cowboys, and then there’s this one is inspired by Roman gladiators.

Hailing from France, Thierry Thomas along with his Border Collie Ubac Du Mas De La Rabeyrine began performing their Gladiator routine. The Heelwork to Music performance is captivating as Ubac matches the “gladiator’s” every move and even battles him, weaving between legs and dodging shields and swords. 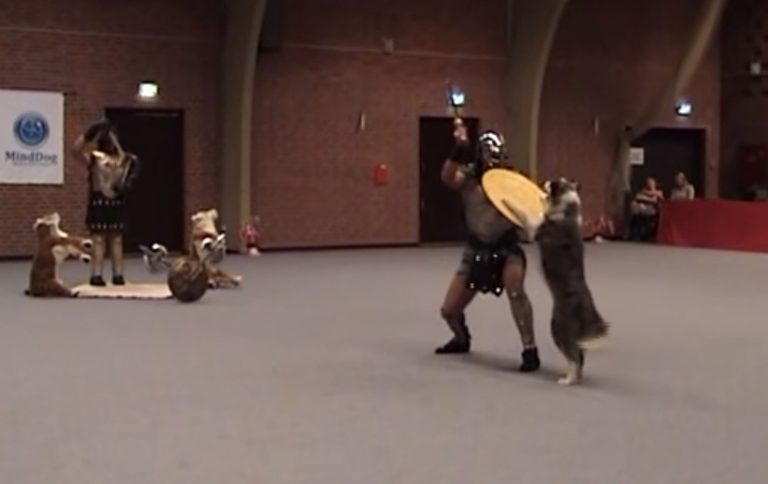 The pair match up their movements beautifully to the music, which is from the popular Gladiator movie. Watch their unique routine in the video below.