A baby lamb named Jerry who was rescued by Black Goat Farm and Sanctuary made a lasting impact on his rescuers and the dog who would become his best friend. 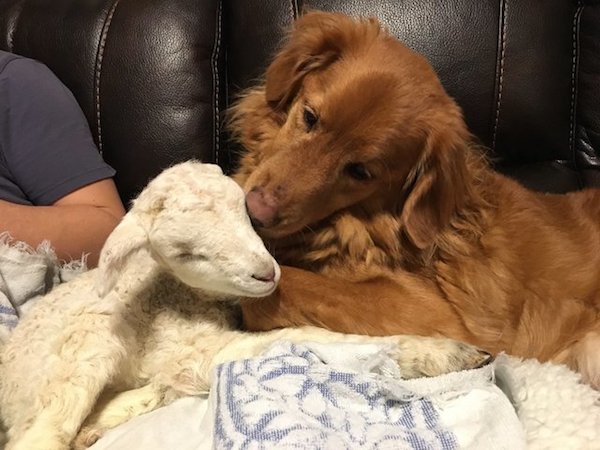 Jerry was born a runt and rejected by his mother. The farmer didn’t want to bottle-rase him, so the sanctuary in Ontario, Canada, offered Jerry a home.

Jerry met Drake the dog and immediately began to cuddle and sleep on top of the friendly dog. 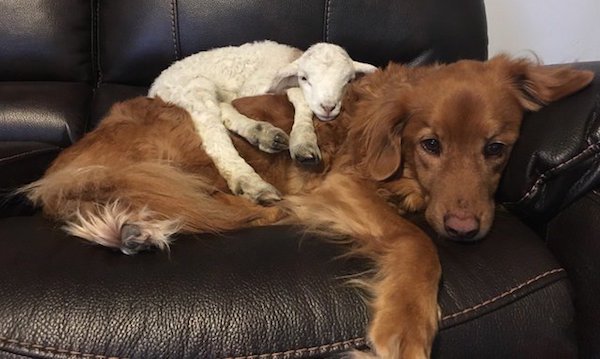 “”Most lambs sleep on top of their mamas,” Megan Mostacci, cofounder of the sanctuary, told The Dodo. In return, Drake would lick and clean Jerry and look out for him.

But Jerry was stricken by a sudden case of bloat and sadly passed away when his heart stopped when he was being prepped for emergency. It came as a shock to everyone, especially Drake.

Drake looked for Jerry but could not find him. That’s when Dottie the goat sensed Drake was sad and needed some comforting and came over and cuddled with Drake on the couch, just like he had done with his departed friend. 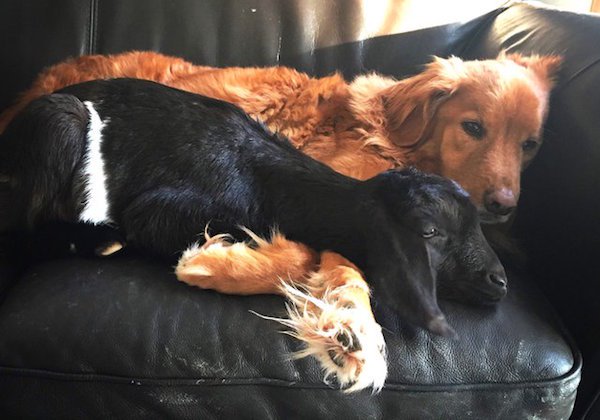 Dottie was saved from a hoarder a few months earlier and had been welcomed to the sanctuary by Drake, just as he had done with Jerry and the other animals that come to their home. 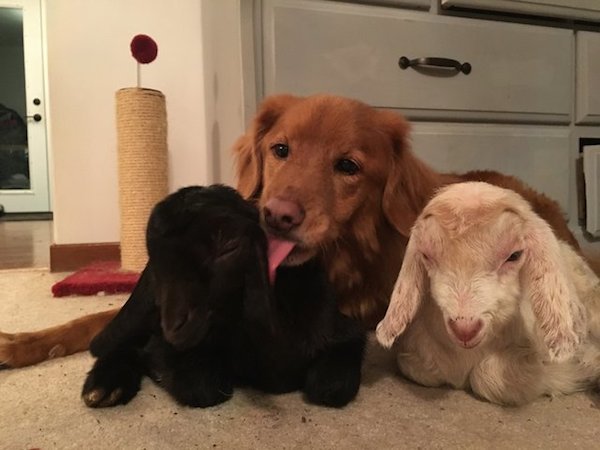 Dottie stayed with Drake all morning. Her loving gesture is what the family needed in their time of loss.

You can find out more about Black Goat Farm and Sanctuary and their rescue work at their website.

Share this touching story with your friends and family!