There is no rhyme or reason why some dogs end up in shelters and rescues. We just have to accept the fact that it happens and pray that they find forever homes sooner rather than later. But part of the problem is that a lot of folks don’t take into consideration the fit of the animal they’re bringing home. And by fit, we mean does the breed’s temperament and needs match your own? Are they a good fit for you and your lifestyle?

Enter Luke, aka Chocolate Chip, who is looking for his forever home. He’s a 62-pound, almost 2-year-old goofy, loving, fun dog who is still a puppy at heart. Luke rides well in a car, has never had an accident in the house (but he’s a gold medalist in the Marking Outside event), is great in his crate when his fosters leave the house, sleeps well through the night, LOVES playing with other dogs, and loves swimming. 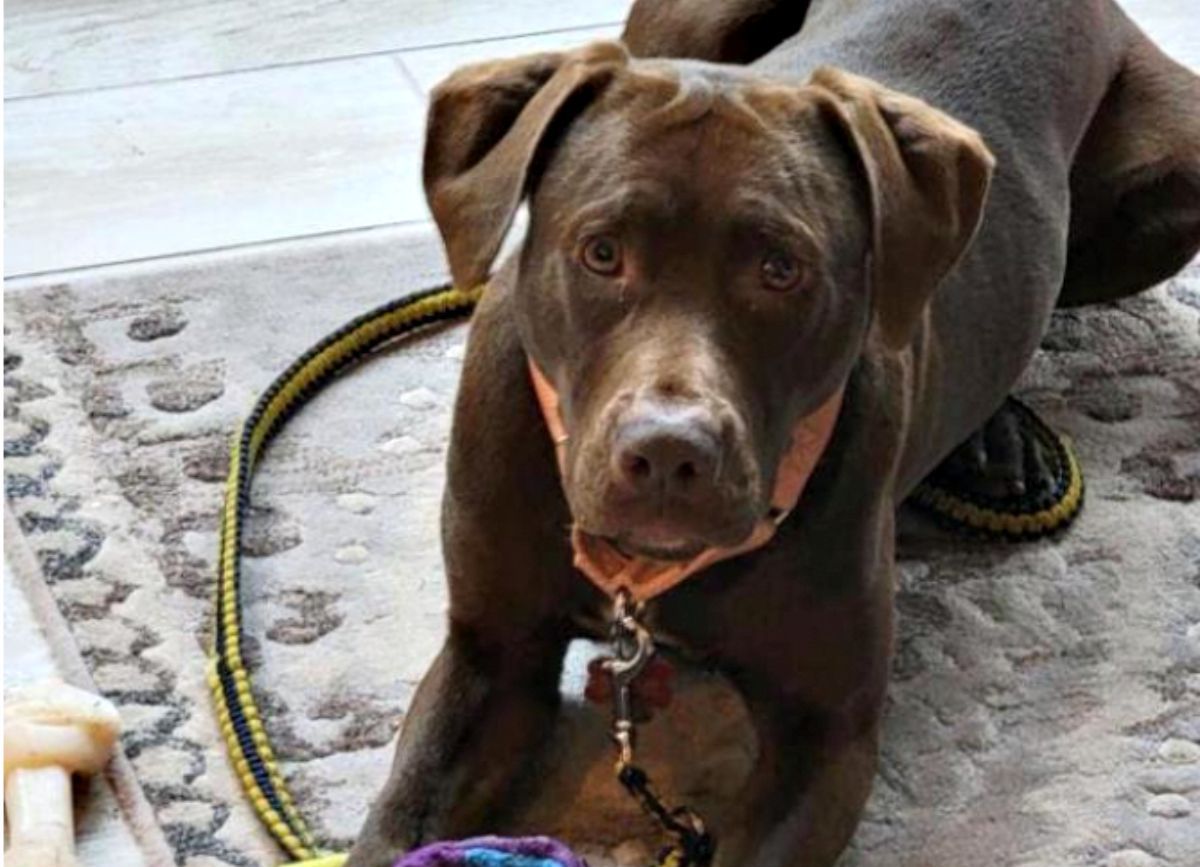 Luke has had professional training and knows lots of commands. He has also won a Gold Medal in the Smart Dog category — he loves learning and is quick to pick up new things, especially if there are treats involved. He enjoys tossing his toys around and leaping after them so much that he can actually play fetch with himself!

Luke provides lots of amusement and laughs for his fosters with his antics. He loves affection and is very loyal to his peeps.

Cats and young children are not good matches for Luke — too much prey drive and too much energy on his part. He can be difficult out on walks when he sees other dogs, other people, birds, or bunnies, so playing with another dog, playing fetch at home, and swimming are the best ways for Luke to get exercise. That’s why another dog and a pool are high on his list of Must Haves. 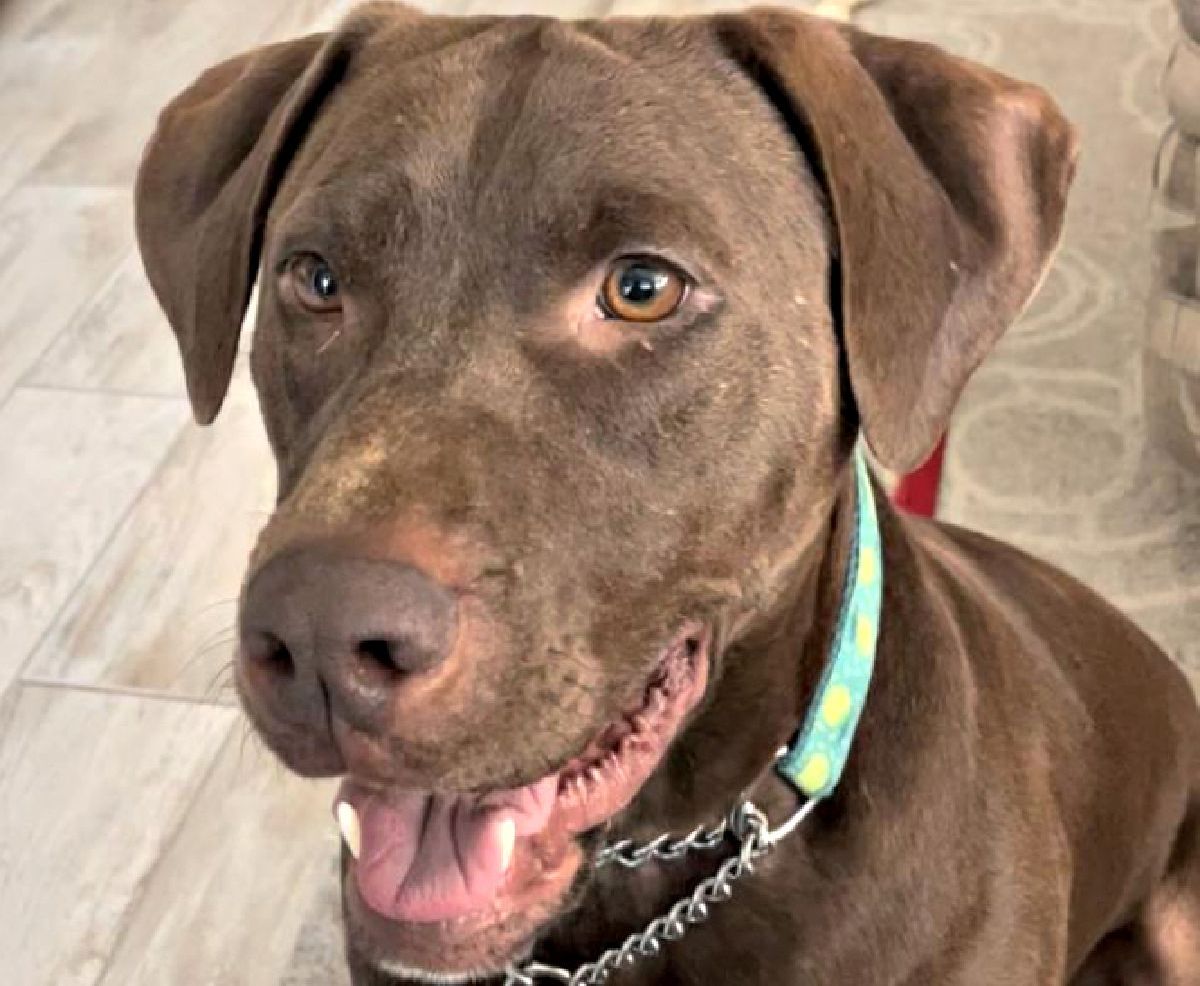 Luke is still a work in progress, and the folks at Desert Labrador Retriever Rescue (DLRR) in central Arizona know he will continue to learn, so he comes with five free lessons with his trainer! If you don’t live in the area but you’d still like to give him a second chance at happiness, adopt him with the knowledge that continued training is in his best interest.

Luke came to DLRR from Mesa Animal Control, where he was picked up as a stray in November 2021. Luke was adopted in early 2022 after DLRR treated him for a few medical issues. He was very affectionate with his adopters and their resident dog but acted aggressively towards strangers and dogs he was unfamiliar with. 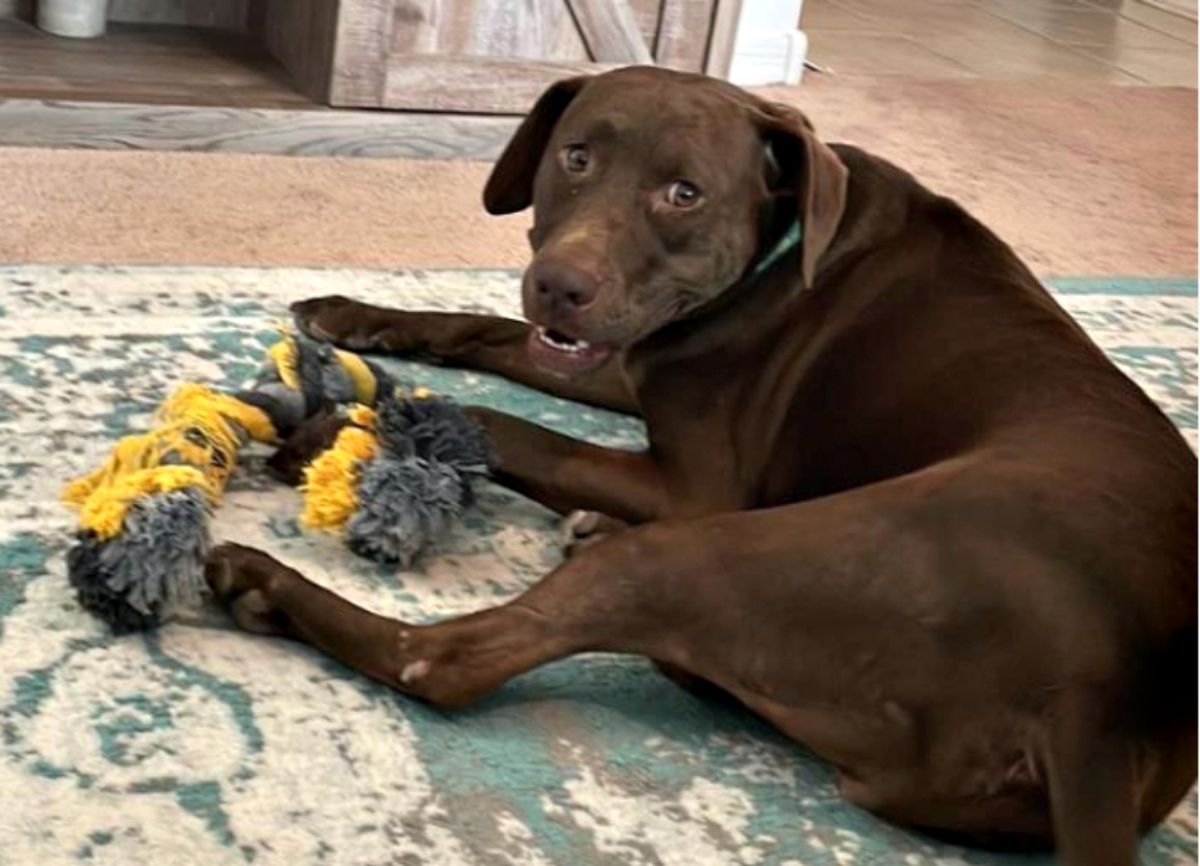 The family, wanting to keep Luke, worked with a trainer who said Luke acted out of fear. Luke’s behaviors did improve, but the adopters realized their lifestyle of traveling and new experiences was not the right match for Luke. They felt it was best to find Luke a home that was a better match.

After his return to DLRR, Luke entered a board and training program. Luke’s main issue is being reactive to anything new or sudden. It can be people, a new dog, birds, or even something blowing in the wind. Since the training, he has made fantastic progress. DLRR stands by their Labs, and they will be in their care for as long as it takes to find the right home. Contact them here or call (480) 899-LABS.