Puppies bring in a burst of happiness wherever they go. When several puppies join paws to become an army, they become a potent, fluffy force armed to overpower even the most stone-hearted person in the world! 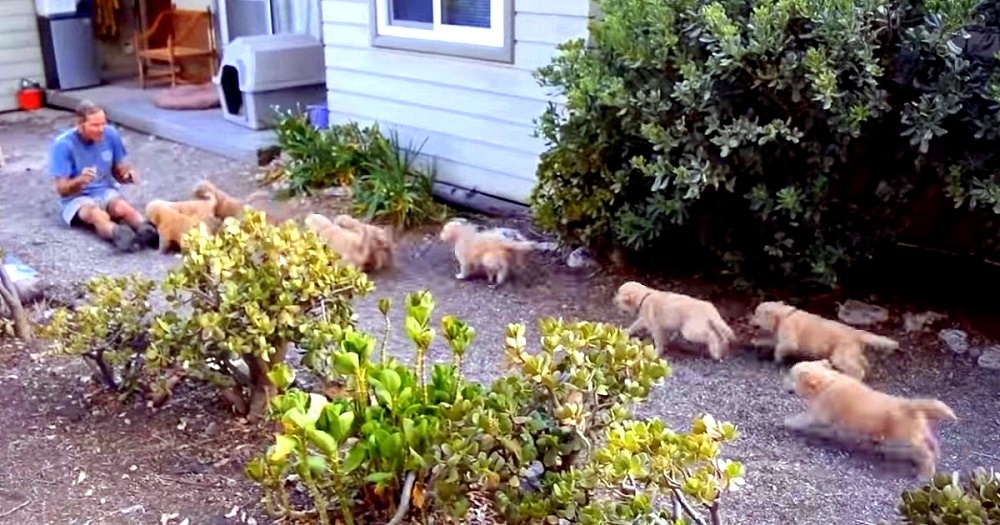 When a man visited the Edna Valley Golden Retrievers breeding facility in San Luis Obispo, California, he had no idea that he was in for one such puppy attack. The moment the puppies were released from their enclosure, they raced toward the man at full-speed.

The man stood no chance as he got bulldozed to the ground by the excited puppies within seconds! In this video, we see the man swimming blissfully in a sea of “Golden Retriever puppies”. 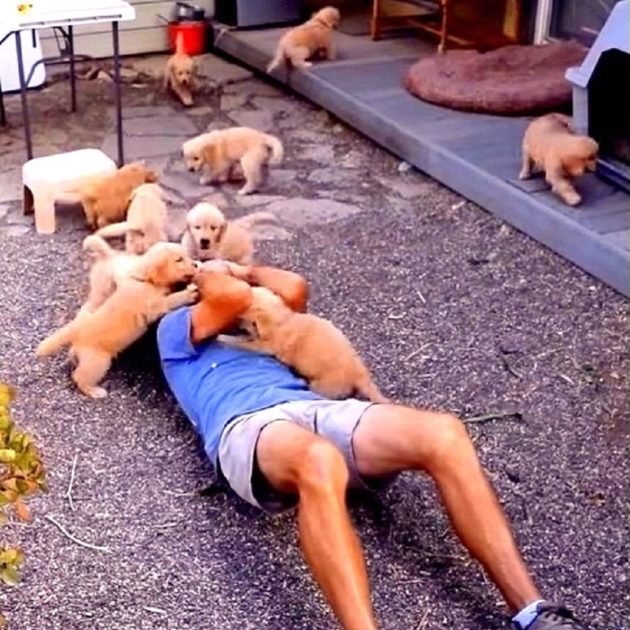 He can barely catch his breath as the adorable tail-wagging puppies bombard his face with licks and kisses. When the man finally sits up, he’s smiling away like the happiest man in the world! 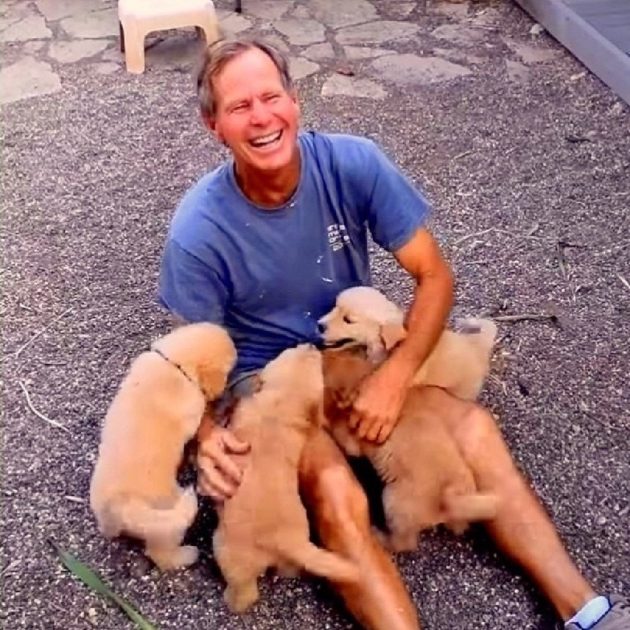 This man is incredibly lucky to be at the receiving end of a glorious puppy attack. We’d do anything to swap places with him! We’ll have to admit, the amount of heart-stopping cuteness packed in this video will melt anyone’s heart! This cute little puppy army can attack us anytime!

Click the video below to watch the lucky man making the most out of the unexpected puppy attack!