If you’ve ever had a golden retriever, you realize that they can get quite attached to you. They just seem to want to be by your side, and every time you turn around, they will be right there.

It seems as if that is what happened to a woman in the UK, but she decided to upload some videos of it to Facebook.

In fact, one of her videos of her two dogs interrupting her bath has gone viral with millions of views. 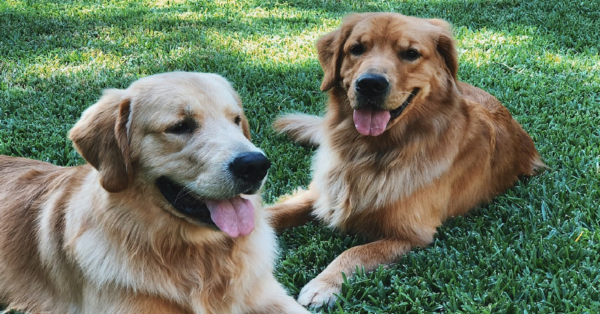 Ursula Aitchison, the 33-year-old native of London, was in the city at one of the hotels. She had climbed into the tub to get some me-time before dinner but her dogs wouldn’t allow her to get the rest and relaxation she wanted.

It wasn’t long after she got in the water that her two golden retrievers, Hugo and Huxley, were right there to interrupt the bath. She said: “They were both lying on the floor, watching me in the bath, but then they crept nearer and nearer.”

The video shows the dogs watching her closely as they began to creep up to the edge of the tub. According to Aitchison, they were there at the side of the tub and Huxley couldn’t resist getting a drink of water.

According to the New York Post, she said that she felt like she was a teabag. Huxley even went in closer to get some water off of her back and eventually, he put his paw on her shoulder.

She admits that her clean bath got contaminated so she needed a second bath after it was over. It seems as if the bath is not the only place where they are needy. It doesn’t matter if she is going out into the garden or anywhere else, they give her no personal space.

Even if she tells them to get lost, they won’t leave. It’s a good thing that she loves them so much because they can get away with anything.