A Good Samaritan followed a car into a vacant lot known as a popular destination where people abandon dogs. The animal lover approached the vehicle while recording the entire thing.

“I was getting ready for work when I spotted a car at a dead end road removing collars from within the car. I put my shoes on quickly and ran out to the road and started recording the act. I am tired of people doing this continuously in the area,” she told ViralHog. 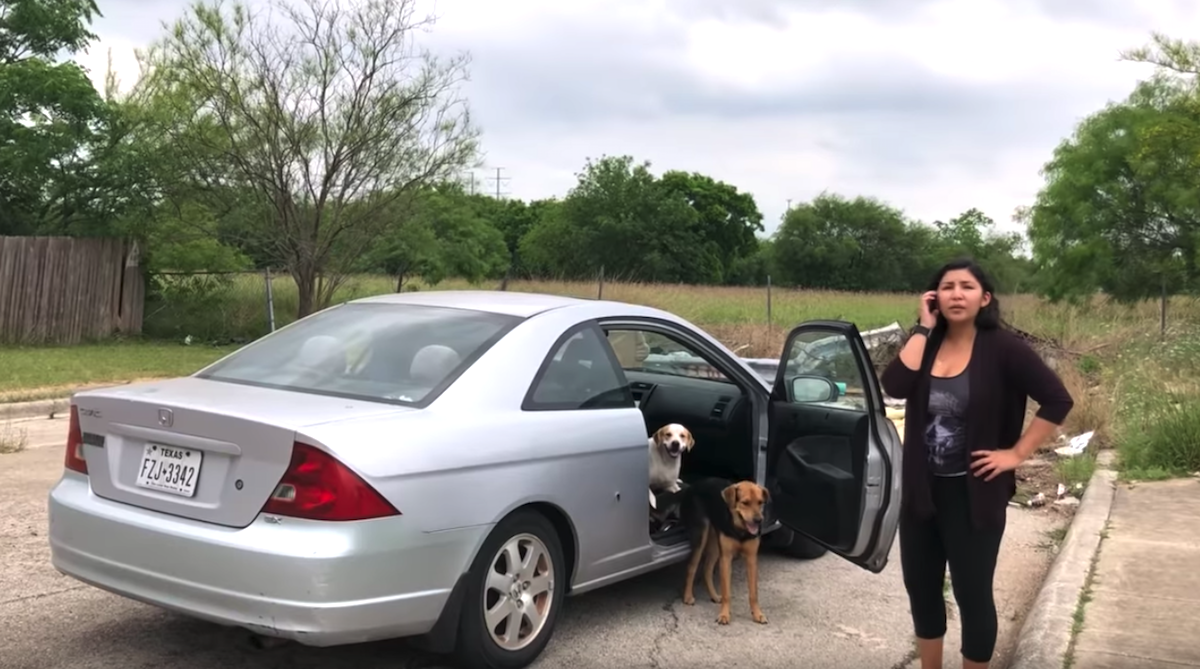 She tried pleading with the woman and explained that it was free to drop the dogs off at the local shelter and that dumping the dogs was illegal and came with a fine. The woman acted like she was listening for a moment but proceeded to abandon the dogs on the spot.

“I recorded to educated and advise them to do the right thing. The woman in the video responded back for directions to the Animal Care services, and yet decided to commit the illegal activity as directed by driver who then backed out and back seat passenger flipped me off.” 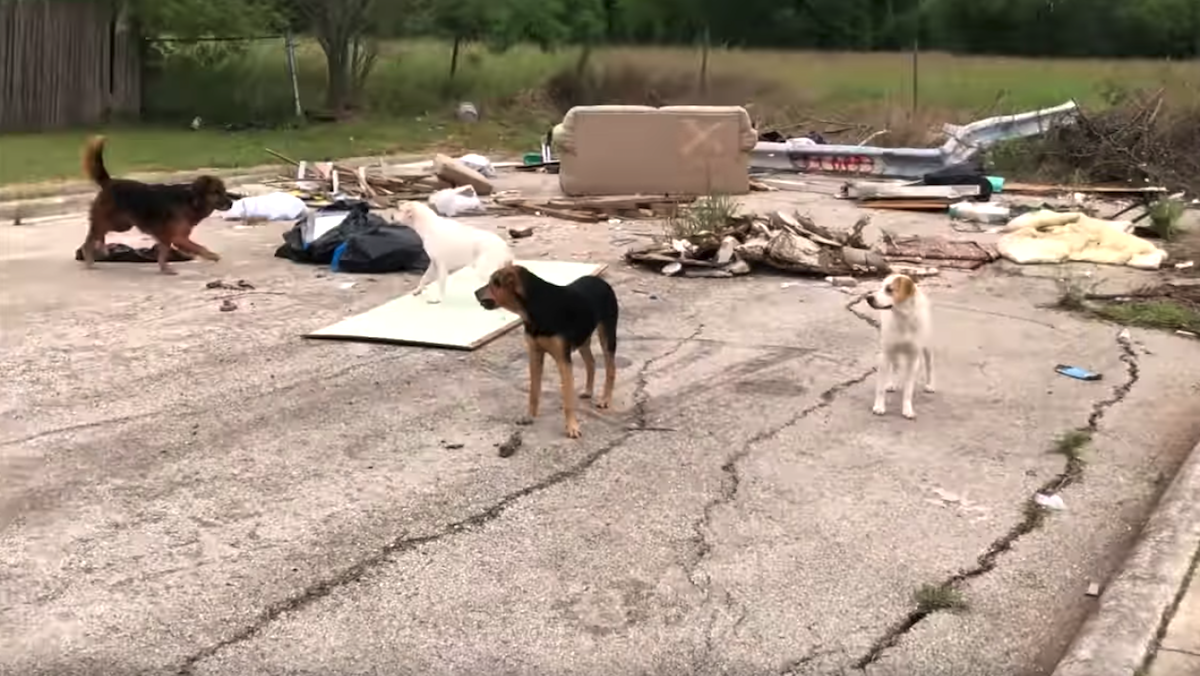 An Animal Care Services spokesperson reported later that the woman ended up coming back and taking one dog to the shelter and then turned herself in. She faces four counts of Class A misdemeanor charges.

Thanks to the video, authorities were able to locate the rest of the dogs, and two have already been adopted. But all of the dogs are already much better off than before!