A North Carolina family is incredibly grateful to a man who saved their dog.  He happened to be passing by their parked vehicle when he saw it emitting smoke and remembered he had seen a dog inside when he had walked past it earlier.  Not even concerned for his own safety, he smashed the windows and saved her without either of them getting injured. 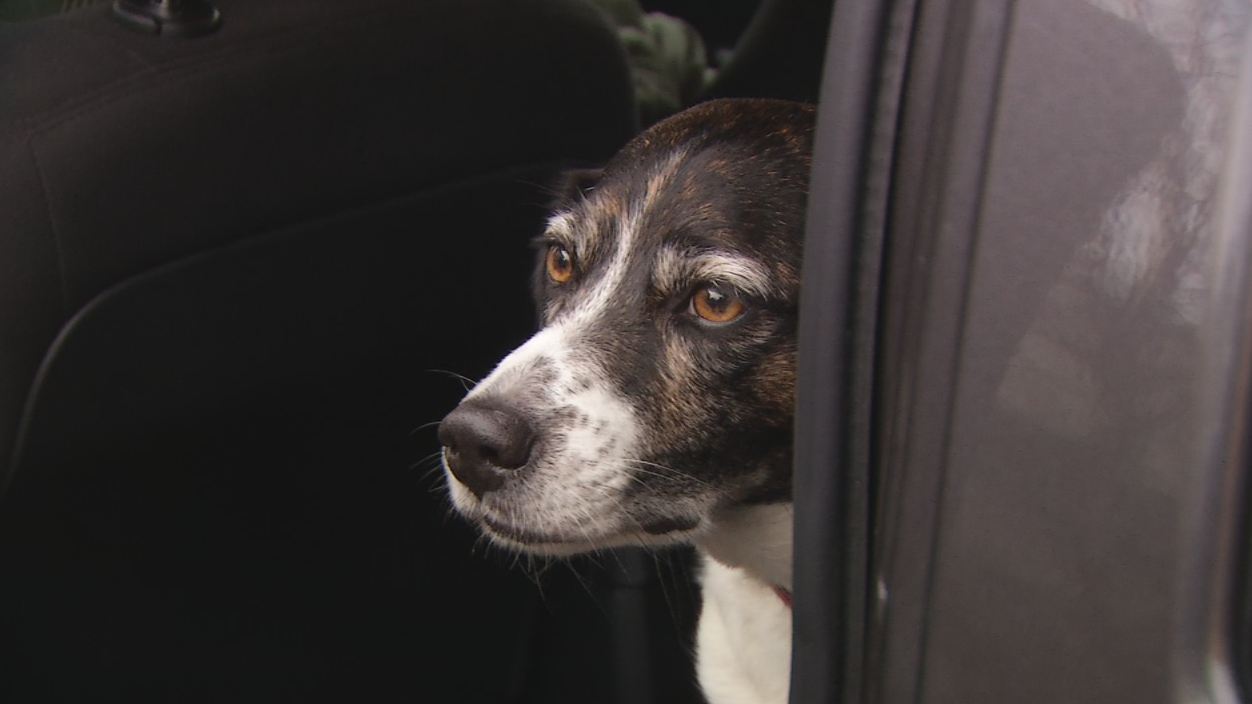 The Hilton family was eating at an IHOP in Asheville, North Carolina recently when there was an announcement of a vehicle matching the description of theirs was on fire.

“We heard there was a green Ford Explorer smoking in the parking lot and we ran out here,” Debbie Hilton told WLOS News.

The weather was fairly nice, and their dog Abby had been hanging out in their SUV until they got back.  All Debbie cared about was getting to Abbey.

“We ran out to the parking lot. We had brought our dog with us this morning, and she was in the truck. Someone had already broken the window out and gotten the dog out.” 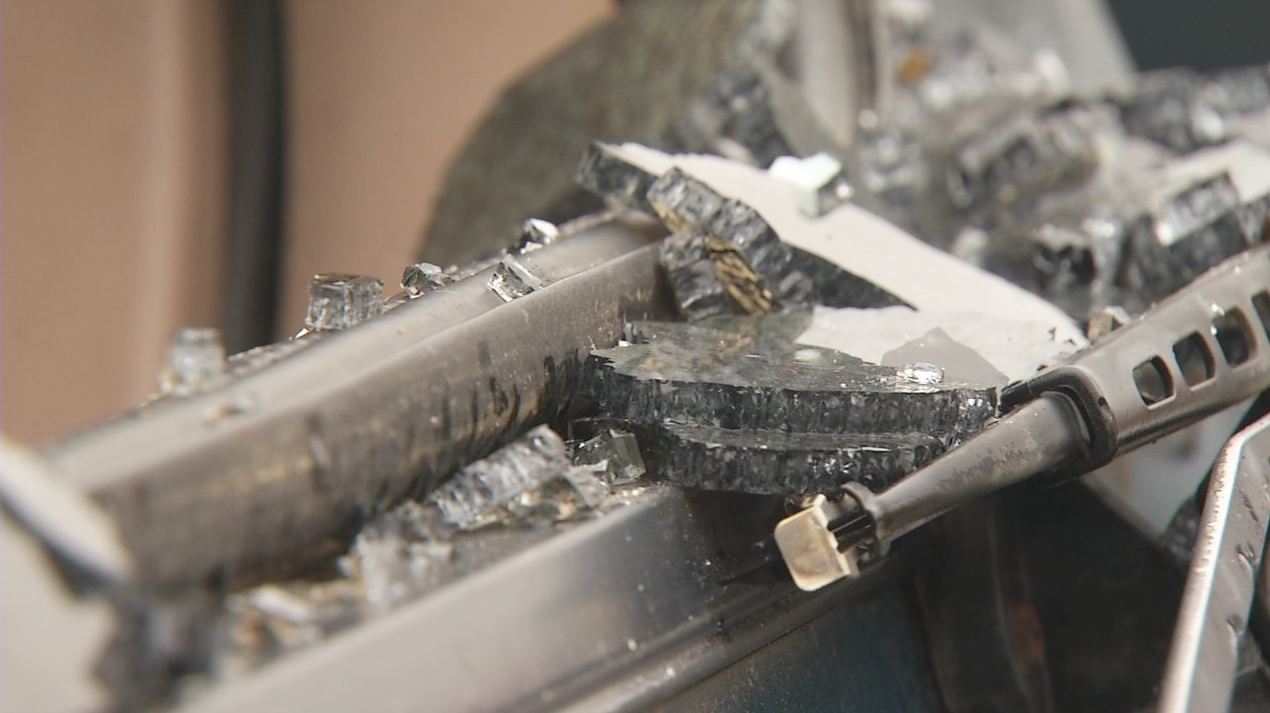 A man named Chad Reiginter, in town for Christmas, was passing by the vehicle and didn’t hesitate to break Abby out of there.

“We walk out here and his car was on fire, and I remembered seeing the dog in there,” he explained. “So, my first instinct was to grab my pocket knife and start smashing windows, and I tried to reach the dog through the first window and he wouldn’t come out. So, I just started smashing windows, and all of a sudden he jumped out the back and ran off.” 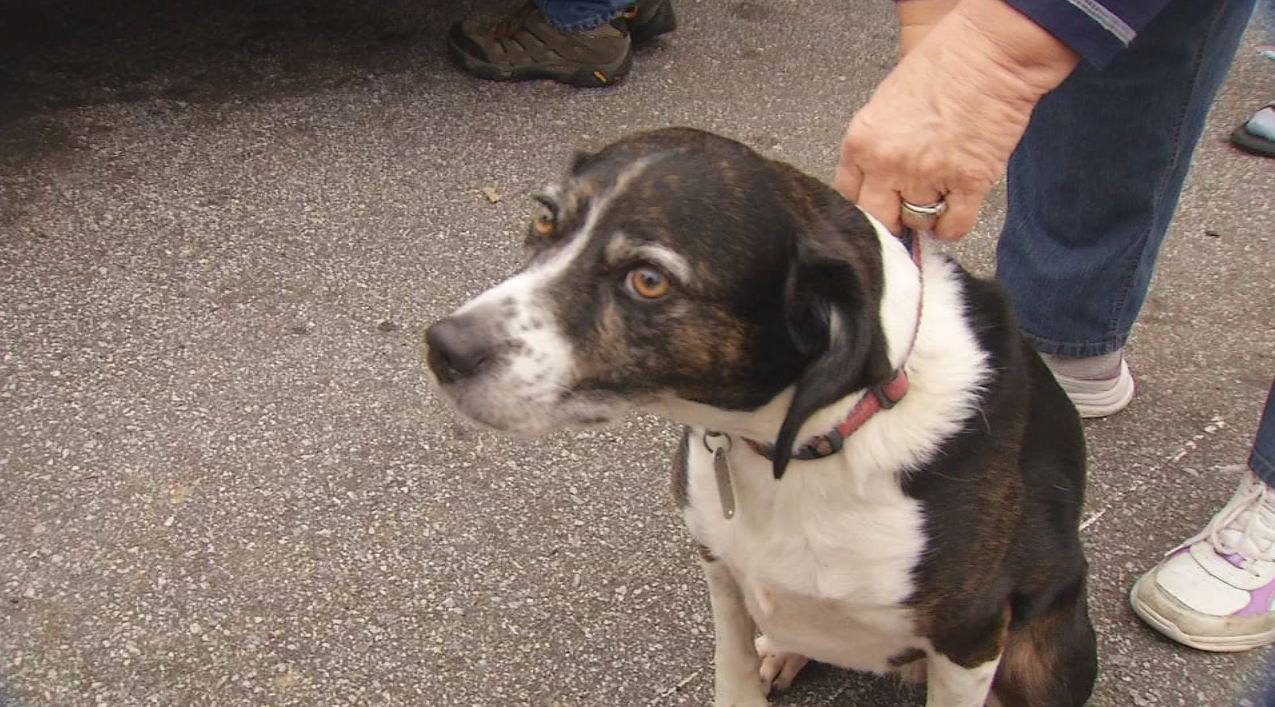 A self-proclaimed dog lover, Chad didn’t worry himself about his own safety – just Abby’s.

“It crossed my mind as I’m running around smashing windows, ‘please don’t blow up yet.’ I was hoping it wouldn’t. Thank God it didn’t, so we made it all out all right. We are all ok,” he said.

It is believed that faulty wired ignited the blaze.  A vehicle is easily replaced, and the Hiltons are just so happy that Abby was rescued in time.

“We couldn’t care less about the car. Yeah, we love our dog,” Debbie said. “The truck was just in flames, so we are grateful for the folks who got our dog out of the car.” 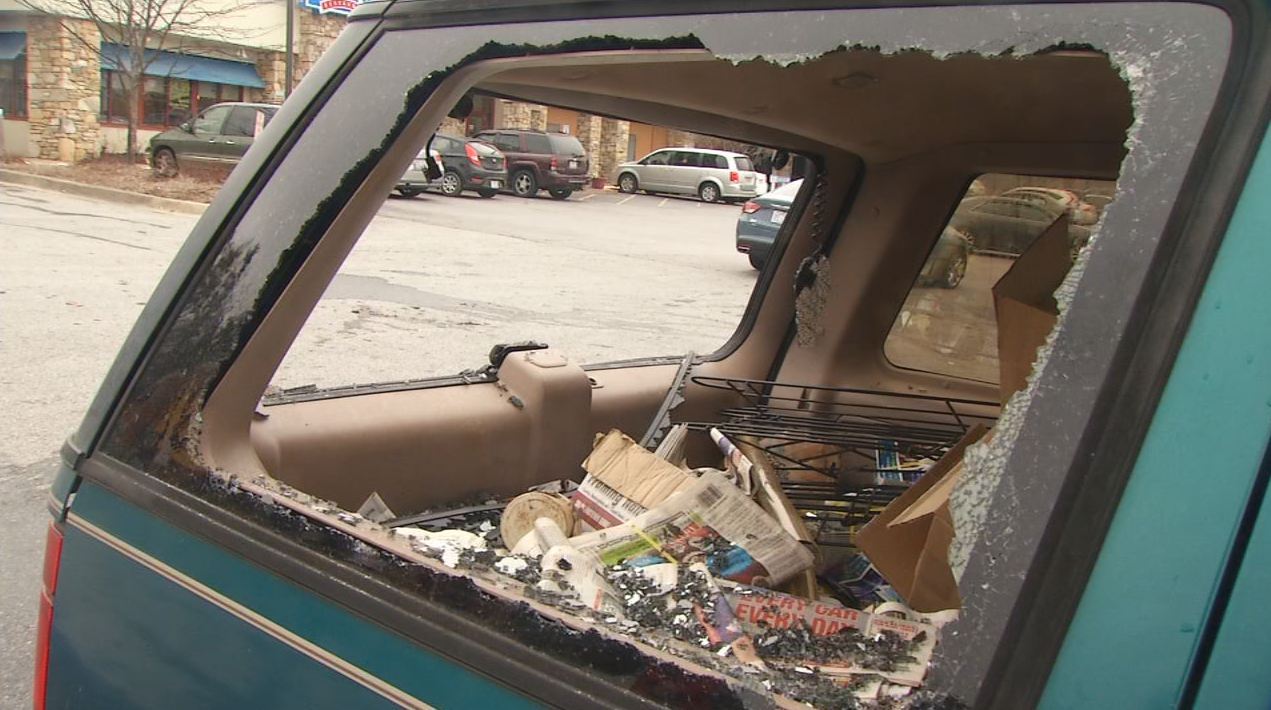