My pets mean the world to me.

They can be obnoxious and have destroyed their fair share of my things, but they’ve also gotten me through some really tough times. For animal lovers, the companionship and unconditional love that comes with having a furry friend is unmatched.

I’ve heard people ask why homeless people keep pets when they themselves are obviously in need of help, and all I can say is that there have been times when I’ve cried into my dog’s fur and he’s made me feel ten times better. I couldn’t imagine living without him.

Wilma Price must have thought something similar when she came across a homeless man named Patrick with a sign that said his dog was in the pound. 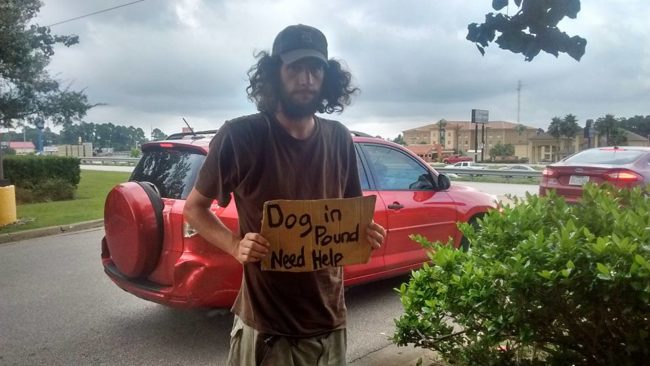 Patrick had just spent a day in jail for trespassing, and his dog Franklin was taken to the pound. He didn’t have the $120 to get Franklin out, so Price stepped in to help.

Patrick and Franklin were so happy to be reunited! 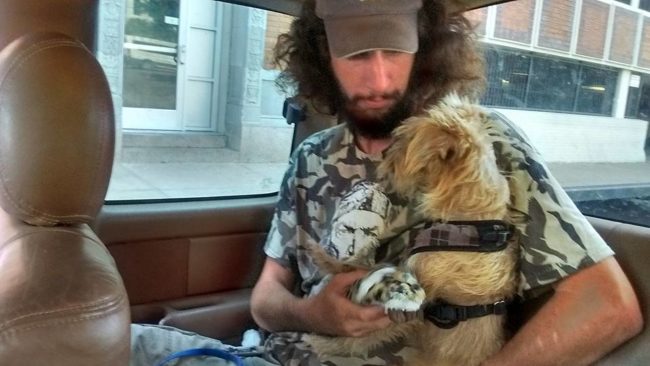 But Price didn’t stop there. She was so moved by Patrick and Franklin’s story that she and her animal shelter are now raising money for the inseparable duo. (If you donate, make sure your donation is addressed to them!) 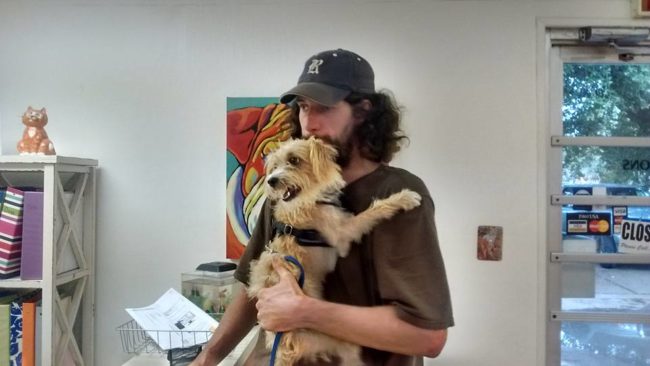 I can’t think of a happier ending for all involved. No, YOU’VE got something in your eyes.