A moose that got stuck on an ice rink got a helping hand from some Good Samaritans who witnessed her troubles.

While on their lunch break, a group of people in Anchorage, Alaska noticed a moose traversing an outdoor skating rink.

The moose had crossed over the rink into the center part of the field. The animal had trouble getting across, so when it came time to cross back over, she was struggling. She had attempted several times to cross but it was too slippery. 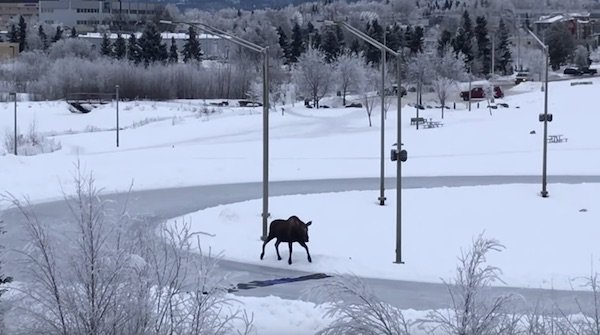 After several hours, the Good Samaritans decided to see if they could help, and the solution they came up with was pretty ingenious.

One of the helpers explained on ViralHog what happened:

“We saw the moose cross the skating rink around lunch time. It slipped on its way. We watched her circle the rink, trying the ice in several places. After about two hours, we decided to help. Several of us gathered to mull over the best way to make a crossing.” 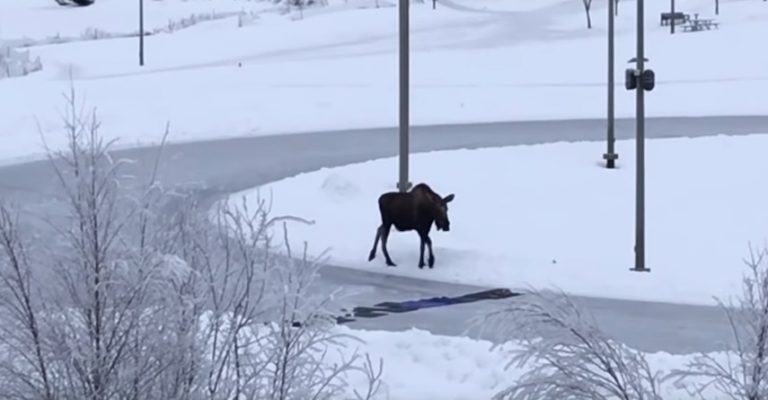 “Yoga mats seemed like an obvious choice for grip, but we scoured the building and our cars for anything that could be useful since it’s a fairly long stretch of ice.

“After that, we armed up with yoga mats, pieces of carpet, entryway mats, and dog towels to make a path. She apparently didn’t like the initial location of our path as she refused to use the path for 45 minutes or so, so we moved it to a corner that she had tested several times, at which point she finally crossed.” 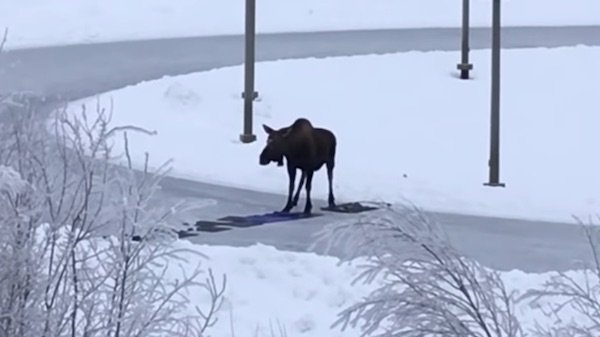 Watch the moose finally attempt to cross their makeshift path in the video below.