He is 12 weeks old, 7cm tall and weighs just 300g. Meet tiny Toudi who is believed to be the world’s smallest Chihuahua.
The adorable pooch is smaller than a can of coke, a little bigger than a pear and can fit in the palm of your hand. 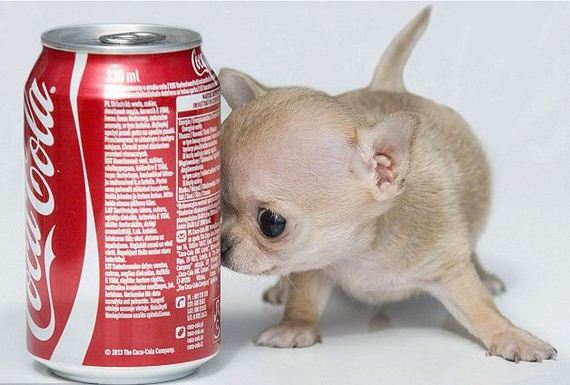 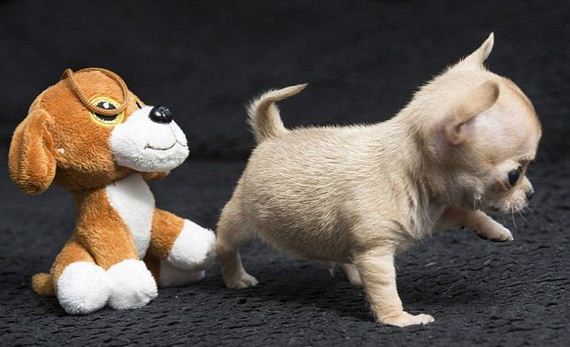 Toudi is so small he could be mistaken for a cuddly toy. His owner says they have to be careful because he is the same size as the floor 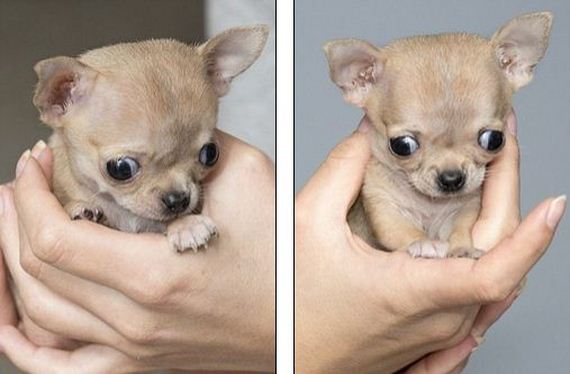 Some mock the little Chihuahua, claiming he looks more like a hamster, while others are mesmerised by him 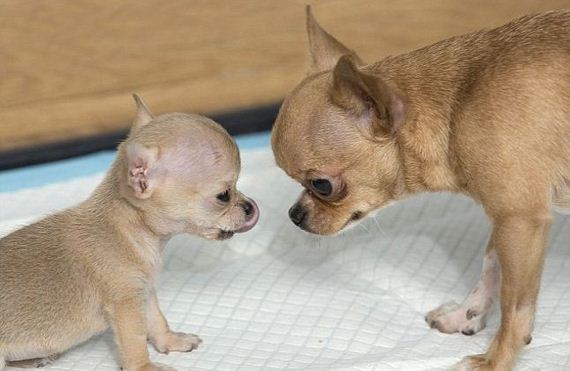 Toudi’s sister may be much bigger than he is, but he is arguably far more adorable 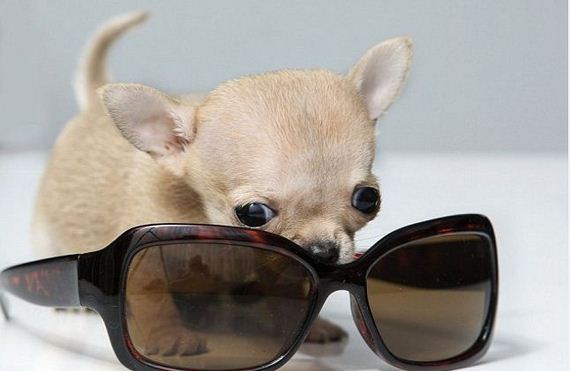 Toudi’s owner says he provides a lot of fun for the family. These sunglasses are maybe a little too big for this pup 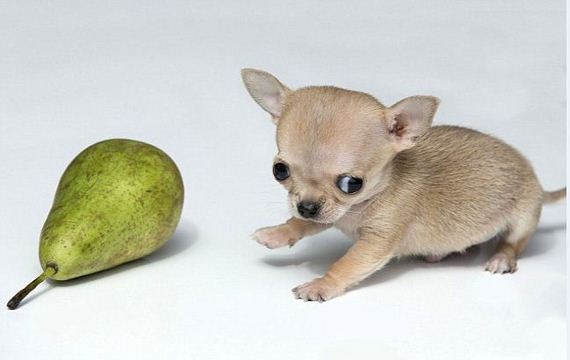 Toudi is a only slightly bigger than a pear, but he can’t even be described as ‘pint-sized’ because he’s smaller than a can of coke 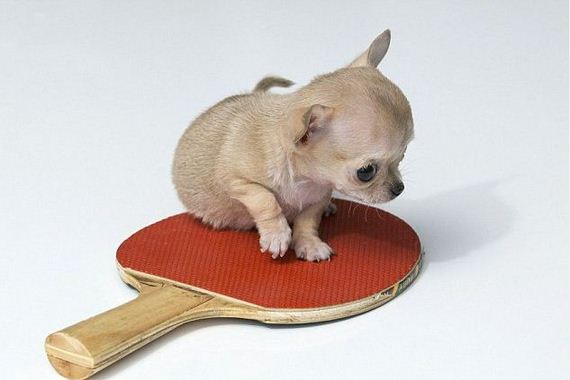 Fun and games: It is hoped little Toudi, from Poland, will soon appear in the Guinness World Records book 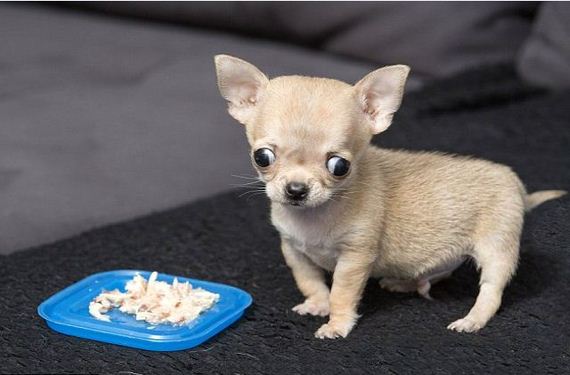