A cruel family had gotten a dog, whom they refused to feed. They just put the poor thing in the backyard, and ignored him all the way. They pretended that the dog did not existed. They refused to feed him, but at the same time they refused to pay the $200 fee for euthanizing him. Then one day Darlene found out about Smokey (the dog) through the manicurist (the mother of the owner of Smokey.) She told Darlene they they wanted to get rid of the dog, but didn’t know how. Darlene wanted to help the dog find a new home, and she asked the woman for a picture of the dog 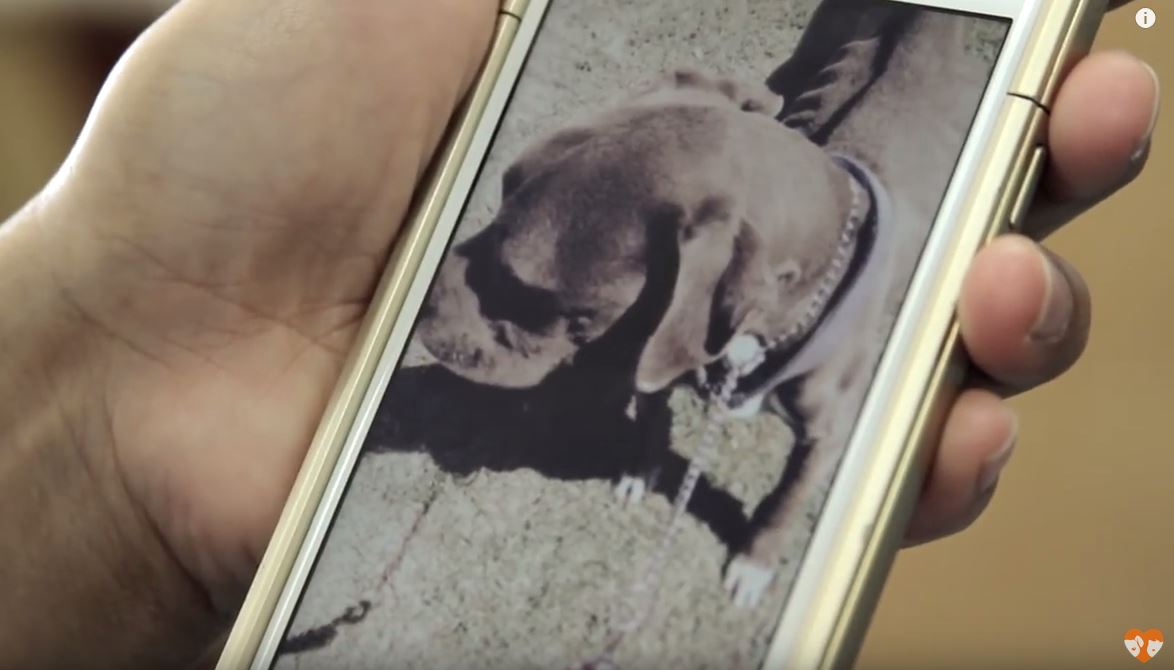 When she received the picture she just couldn’t believe her eyes. The dog was suffering from starvation big time. He was all skin and bones, and you could easily look at his ribs. That is why Darlene took the poor dog to the Vet where he got checked. The Vet could not believe his eyes when he saw Smokey. the poor thing suffered from his stomach, and some other health related issues due to the starvation.

Right after the dog got checked, he was sent to Forte Animal Rescue, and they took care of the dog. Shortly the dog got adopted by a loving family. Now Smokey the dog is living a happy dog life with his family members. He looks so beautiful now, and he has put on a couple of pounds. While the dog was living with his new family, Darlene decided to pay him a visit, and he remembered her. As soon as he saw her, he jumped, and started wagging his tail. He knows that she saved his life, and he is forever grateful for everything she did. Please share this inspiring beautiful story.