South Walton Fire District’s Technical Rescue Team (TRT) responded to a call in Paxton, Florida, regarding a dog who had fallen into a 15-foot deep hole.

They immediately arrived on scene to aid the Walton County Fire Rescue in getting the scared pup out safely. 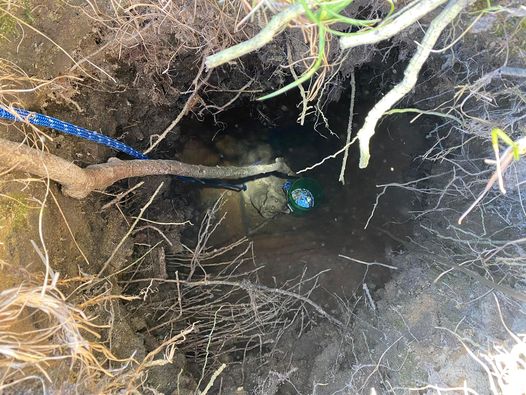 Because the space was tight, they had to assess the air quality with a gas monitor to make sure it was safe to enter. Once it was cleared, firefighters used a ladder and attached a safety line to the rescuer.

The firefighter carefully made his way down the hole until he was able to grab the dog, then used webbing to build the dog a safety harness. 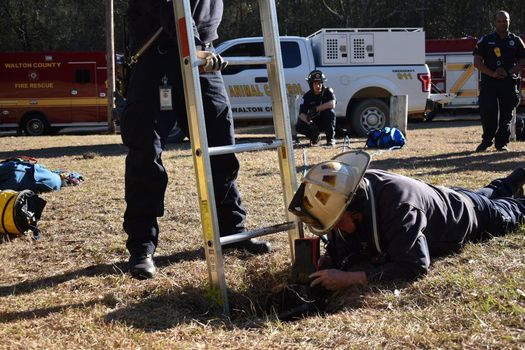 Firefighters kept saying “Come on, girl. Come on, sweetheart!” as the rescuer came back up the ladder with the dog, who was very friendly and happy to see the rescuers. The SWFD crew helped the fireman and dog get through the small opening.

Thankfully, this dog got a happy ending and was reunited with his family. 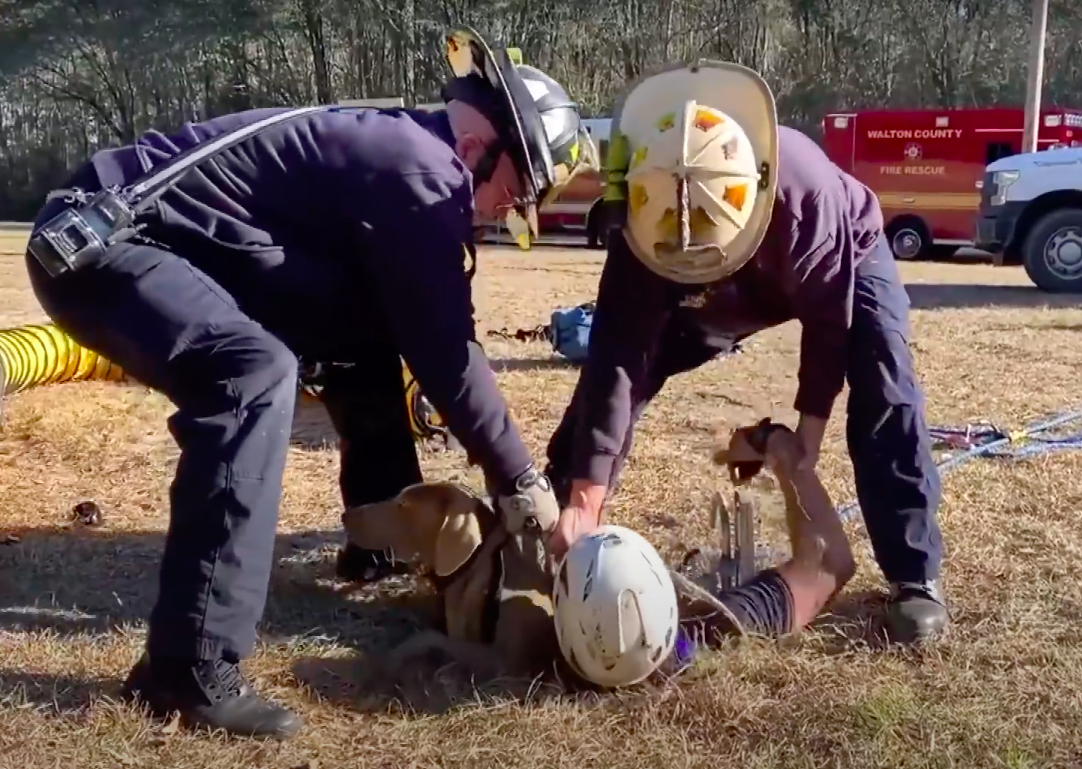 Luckily, despite being stuck in the hole, the dog appeared healthy and unharmed. He was evaluated by Walton County Animal Control and was just fine.

Walton County Public Works then arrived on scene to fill the hole to avoid something like this happening again in the future. 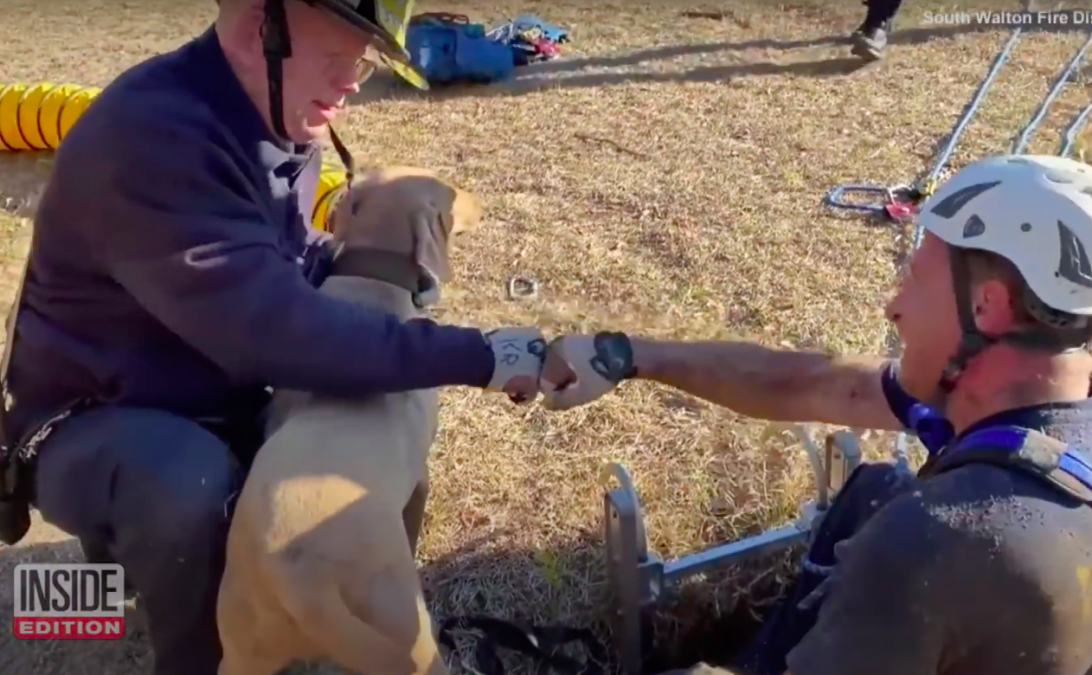 The whole rescue was caught on video, which was posted on Facebook by South Walton Fire District.

“We are very grateful to have been a part of this happy ending and appreciate the professional and quick work of all responding agencies,” they wrote.

Watch the rescue in the video below: