When the gravely injured young, black and white retriever mother dog was surrendered on Wednesday to a high-kill rural shelter in Georgia, she was in severe pain. According to the owner, she had been attacked by other dogs; all she wanted to do was to protect her newborn puppies. Without medical care, her wounds became infected; the maggots could be seen oozing out of the open infected wounds on her slender body. Why her wounds were never treated or cleansed remains unexplained. 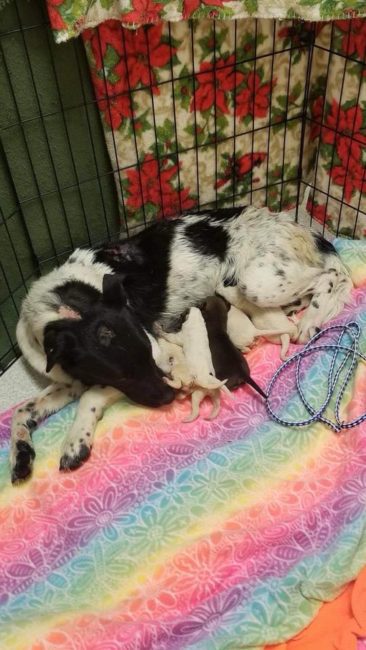 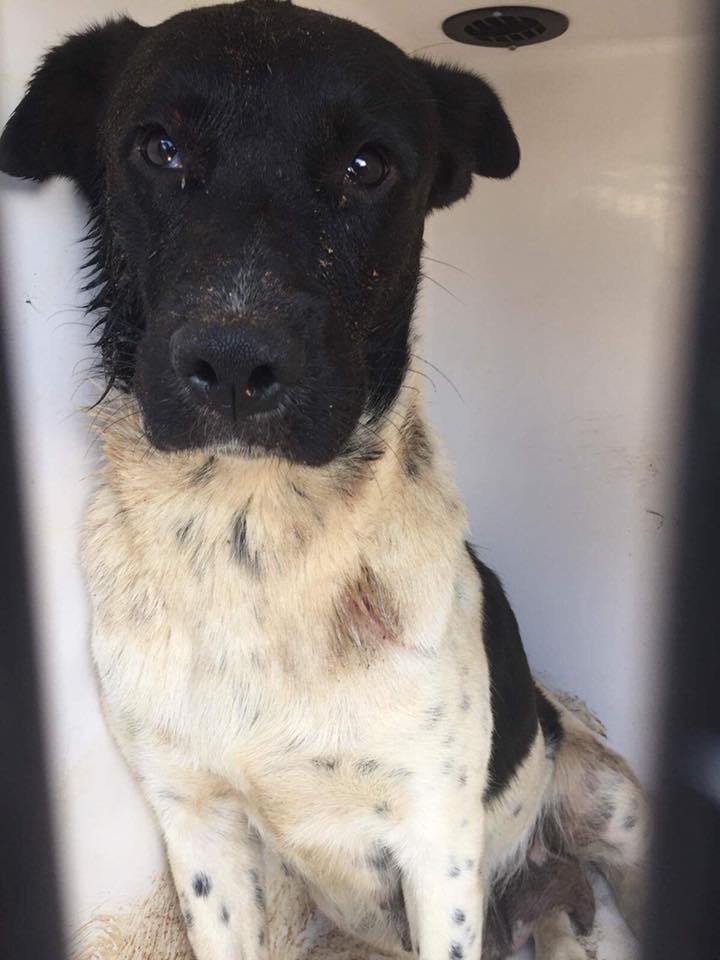 And if that wasn’t disturbing enough, where were her puppies she so desperately tried to protect in spite of her life-threatening injuries? It wasn’t until one day later that same person walked into the shelter and surrendered the dog’s six tiny puppies who also had maggots crawling over their tiny bodies. Rescue Dogs Rock NYC volunteered to help, and arrangements were immediately made to transport the family in peril to an emergency veterinarian in Georgia. 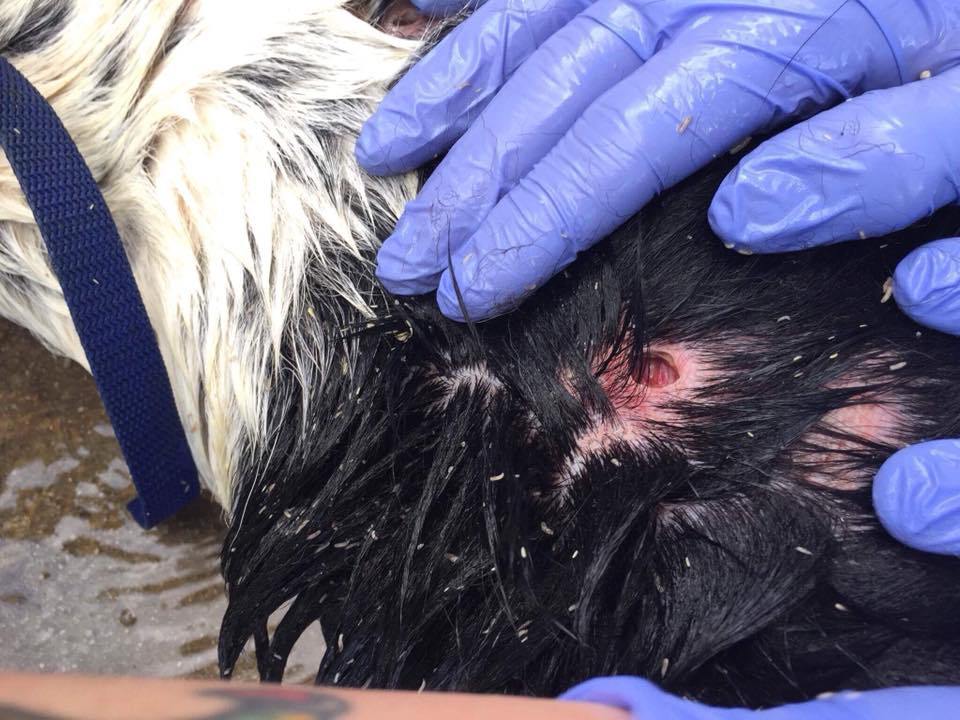 On Thursday morning, the mother dog, now named Sugar has been reunited with her puppies. Jackie O’Sullivan, co-founder of Rescue Dogs Rock NYC updated the progress on the family’s plight: 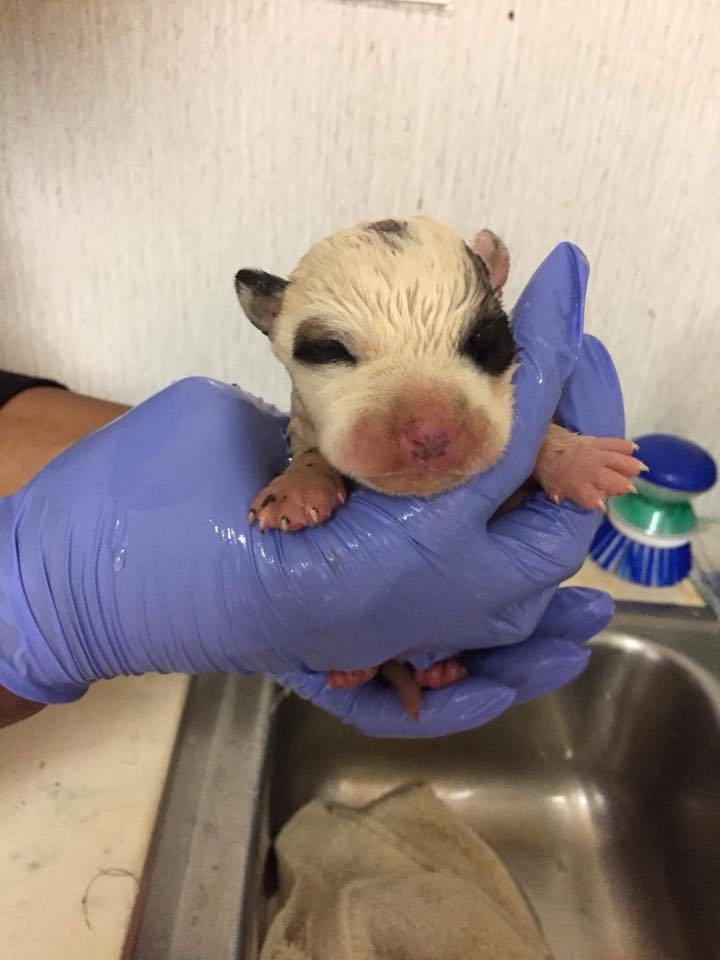 “Mama now called Sugar was reunited with her 6 newborn puppies & they are all at our GA vet recovering. Mom is nursing, but she’s also on IV fluids & antibiotics for her infected wounds. Her wounds were clipped & cleaned last night. We are happy to report all are maggot Free!!! Sugar has 3 boys & 3 girls & we’ll post baby photos soon.” 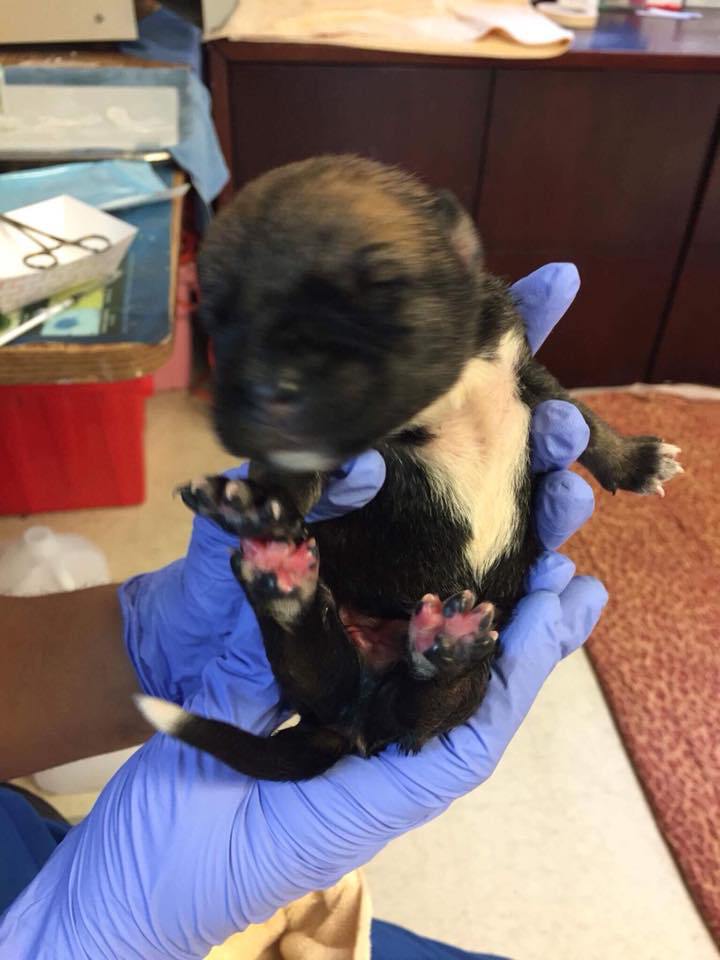