Anyone who has young kids knows how hard it is to take a nap. The moment your eyes shut, your kid is by your side ready to play.

As it turns out, the same is true not only of our human children but our fur baby children as well.

This was demonstrated perfectly when a dog owner tried to take a nap on the couch, only to have his Great Dane, Oliver, pester him awake. 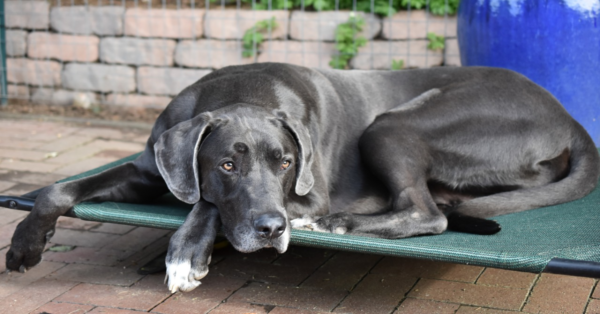 As Oliver’s owner said, “I was trying to sleep but he wouldn’t let me.”

The incident of Oliver not allowing his owner to sleep was captured on video at their home in Bristow, Oklahoma.

In the clip, you can see the owner trying to sleep on the couch and the Great Dane standing right beside him. 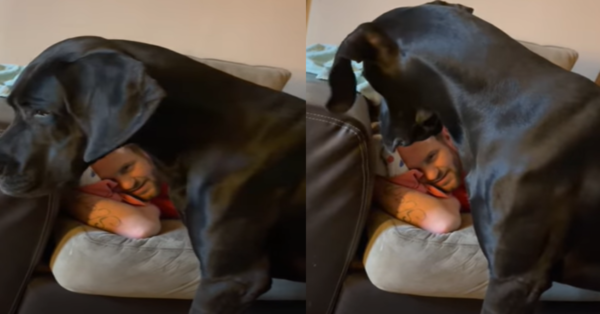 As soon as the owner makes a soft snoring sound, Oliver is on him! He licks the man’s face and jumps back. The snoring sounds are clearly starling the dog!

The owner continues to force snoring sounds out to scare his dog, who jolts his head away with each sound.

It’s quite hilarious, but also karma for the dog refusing the let his owner take a nap in peace?

Watch the video for yourself below, curtesy of ViralHog: