A dog named Libby at a Bangor, Michigan farm became a bit of a hero last week when she took care of an abandoned baby goat until someone found the pair and was able to feed the kid.

Ron Klein has 120 female goats, and says that sometimes first time mothers become disoriented during the birth and wander away from their newborns.  This was the case for one of his kids already this spring.

Klein noticed a distressed doe who showed signs of recently having had a kid, but her offspring was nowhere to be seen. 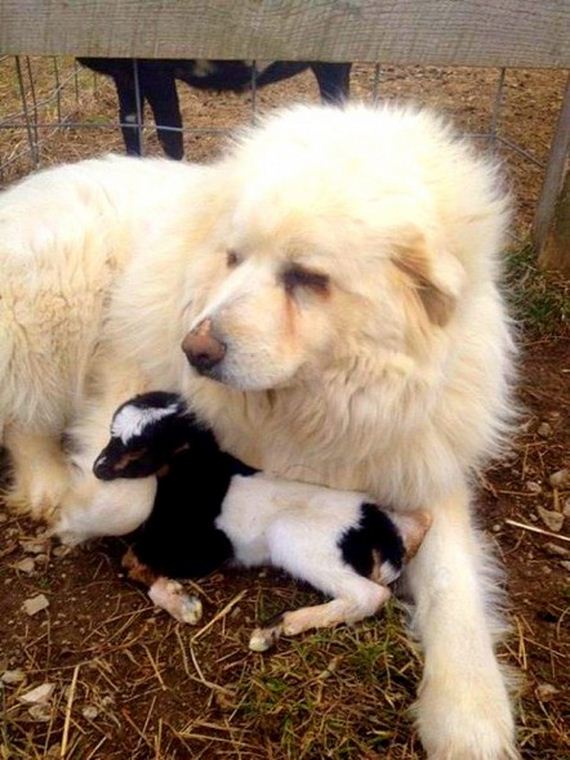 “It was a bad sign,” Klein posted on internet group EatLocal SW Michigan. “I checked the cracks, crannies, base of the feeders – nothing.”

Libby, his Great Pyrenees, usually spends her days protecting her herd from predators. But that day, she went above and beyond her usual duties.

Klein found Libby valiantly guarding the kid behind one of the water troughs.

“These guardian dogs are really amazing,” he said.