When Steve Creigs’ dog passed away he was inconsolable with grief, life would never be the same again and the thought of having to go on without his companion and friend was almost impossible to bear.

Burdened with a great sense of loss, Steve hopped into his car one day and headed straight to his local rescue center. After giving it some thought, he decided that he wanted another dog. However, Steve made an unusual request when he arrived at the shelter when he asked them to bring him a dog that no one wanted. 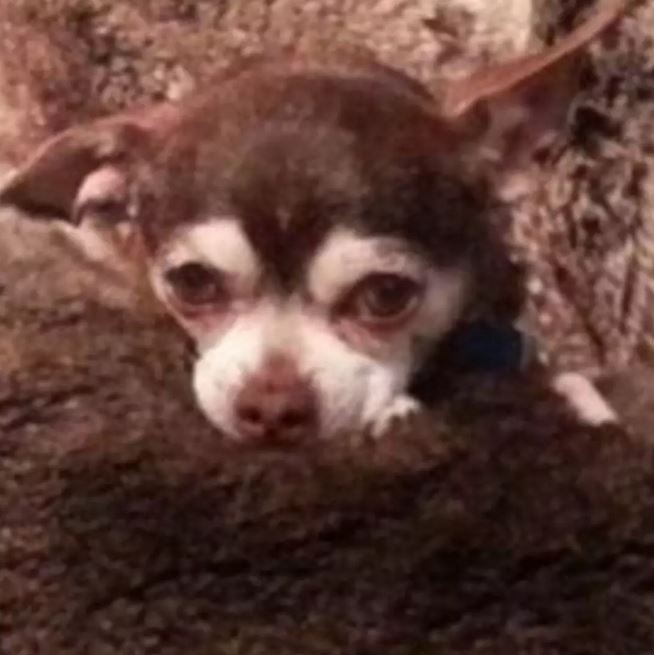 Without delay, staff at the center presented him with 12-year-old Eeyore, an elderly Chihuahua with four bad knees and a heart murmur.

Yet, Even with Eeyores’ ailing health, Steve remained set on adoption, and Eeyore quickly became a new addition to the family. But, Steve wasn’t done and soon went back to the shelter and made the very same request ‘give me a dog that no one else wants’. 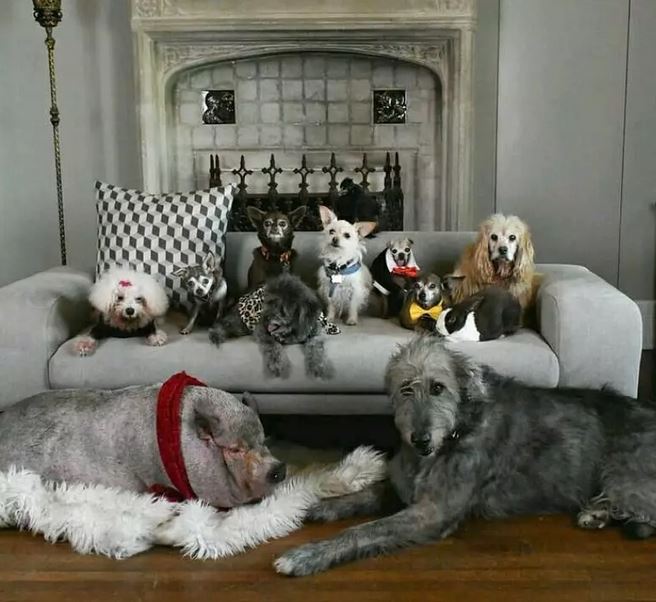 Steve was raised around lots of other animals and loved them. His parents loved pets and that seems to have rubbed on of Steve. After Eeyore, he kept adopting animals in need. 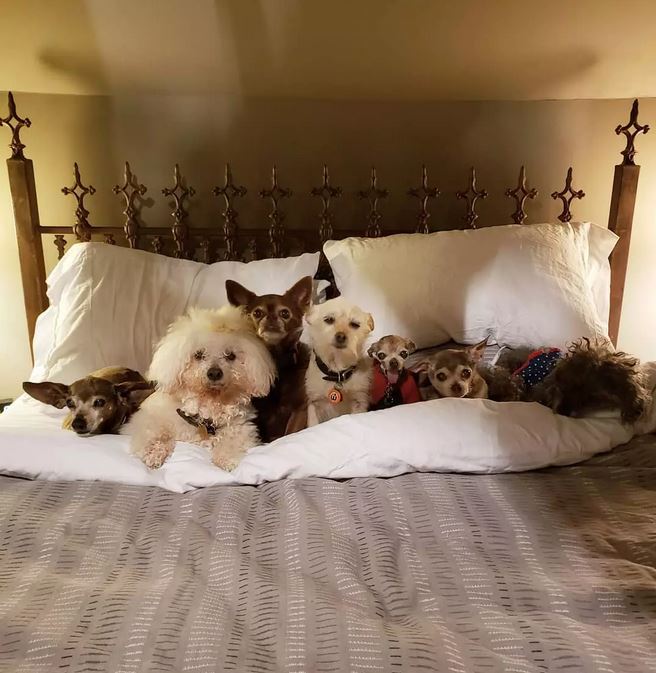 Happy to be obliged the shelter keep introducing Steve to more and more dogs that would go on to join Eeyore in the Creig household.

Amazingly, Steve would go on to open up his home to a total of 9 unwanted senior dogs and even took in a rabbit, chicken, and pig. 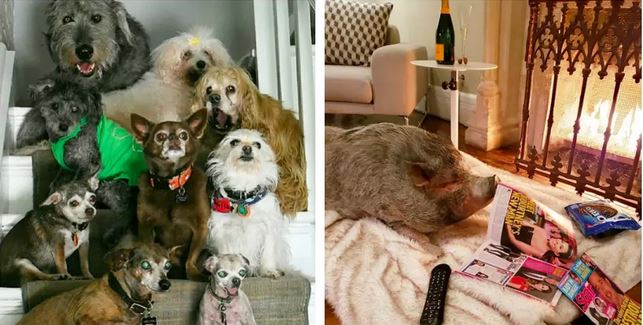 When asked about his soft spot for senior dogs, steve credits the dogs for being ‘wiser animals’.

You kind of know what you want out of life once you become a certain age. These dogs know who they are and it’s easy to develop a relationship with a person or pet who knows who they are.

But the seniors aren’t the only animal under the Creig roof, Steve also counts a rabbit, a chicken, and a pig named bikini among his giant brood, sharing their day to day life with his 1 million + following on Instagram.

His daily life is a little bit hectic as you can imagine! 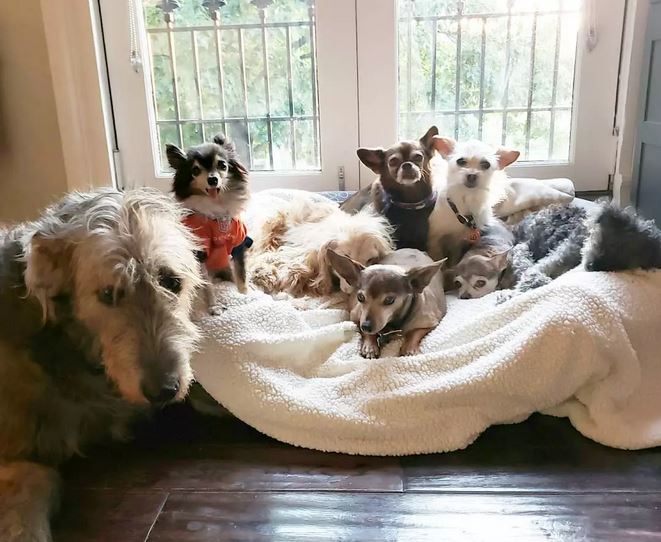 A normal day for him is getting up at 5 am in the morning and making breakfast for all of his furbabies, which, you know, there are 10 (dogs), and most of them have different diets.

He uses the weekends for taking the animals to the vet and other appointments.

“I grew up with a lot of pets,” Greig said. “Both my parents were animal lovers and they pretty much always let me have whatever I wanted as long as I could take care of it’. 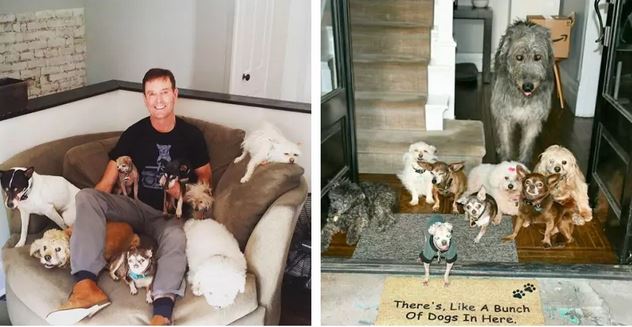 So although there is a lot that comes with caring for 13 animals. (some of which have very serious health complications) Steve clearly has all the experience he needs to take care of his large family as known as the ‘Wolfgang’. 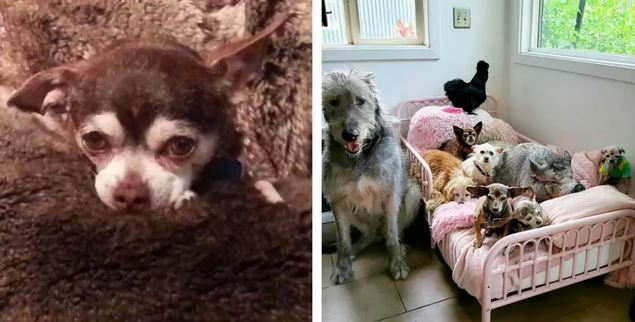 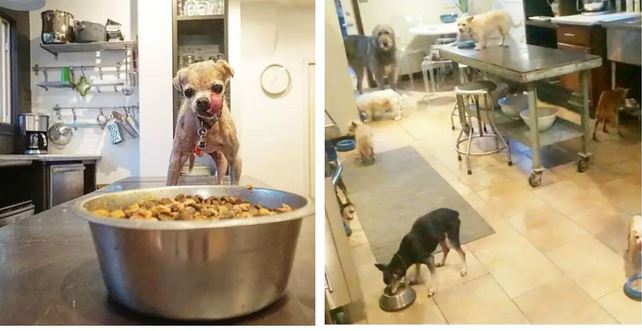 Steve is a great man for adopting and for spreading the message that senior dogs need love and make the best companions. People like Steve make the world a better place. 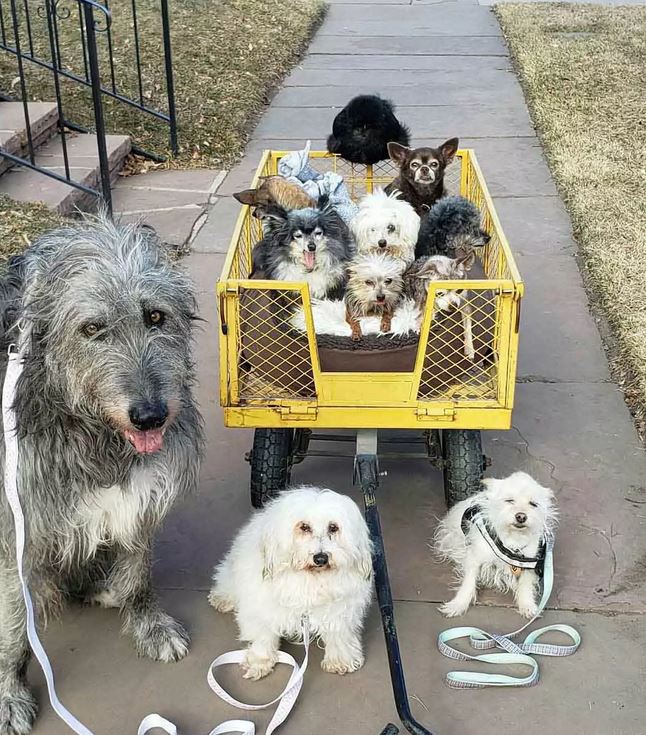