A groom-to-be and his friends went out to enjoy some four-wheeling in the woods of Tennessee. They had a cabin all reserved. Instead of going for a ride on the four-wheelers, a homeless mother dog took them on an adventure they will never forget. Mitchel Craddock and his friends first encountered the dog, Annie, one morning.

She was sitting outside the cabin door while they cooked up some bacon. She wouldn’t come in the cabin, but it was clear that she was hungry – and she was acting strangely. Annie led them deep into the woods she would run ahead of them and then turn around and come back to them She finally stopped near a hole where she barked like crazy. 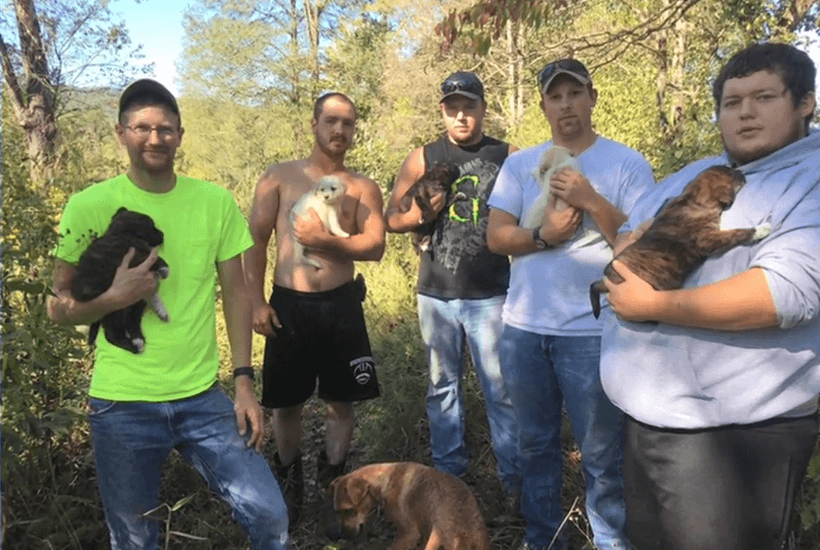 One of the guys stuck his head in the hole and found seven puppies inside! All the puppies were removed from the hole and are now safe and sound in foster homes. Share away, people!