When a wildfire began burning property in Oroville, California, rancher Megan Brown had moments to wake her mother, and gather her dogs to evacuate. One dog, a two-year-old Great Pyrenees named “Luna,” refused to abandon the piglets that she was raised to protect.

According to Modern Farmer, Megan and her mother, Sharon, spent a sleepless night not far from their home – as they watched the flames, they were filled with despair that Luna and the two dozen (plus) pigs perished in the fire. 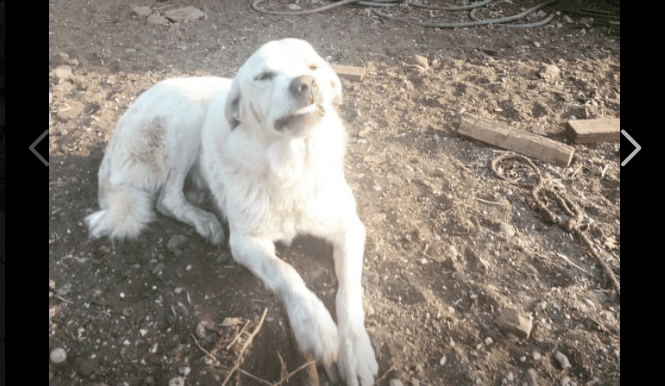 Amazingly, when the pair was able to return to the property the next morning, they found that Luna was still very much alive, as were the pigs that she was determined to save. Luna had kept the pigs safely out of harm’s way, “standing like a statue,” outside of the barn, and she was smiling at her owner when she returned. In a Facebook post, Brown wrote:

When I was able to get back on the ranch the morning after it burned, this smile greeted me at the pig pen. I won’t lie. I cried. #luna #verygooddog#guardiandog

The pigs’ faithful guardian was treated to a fair amount of spoiling after the danger passed – amazingly, Brown’s home did not burn down thanks to the efforts of the firefighters. Brown told Modern Farmer, “We lived and we shouldn’t have. The firefighters saved my bacon—literally—and my home. They went above and beyond. They deserve recognition for a job really well done.”