Baxter the dog thought he’d take a quick, sneaky break from the guard-dog life and hop in the pool for a bit when no one was looking. He deserves it after all, with all those hours spent patrolling the grounds and street-watching through the window. But he was completely unprepared to be caught in the act! 😀 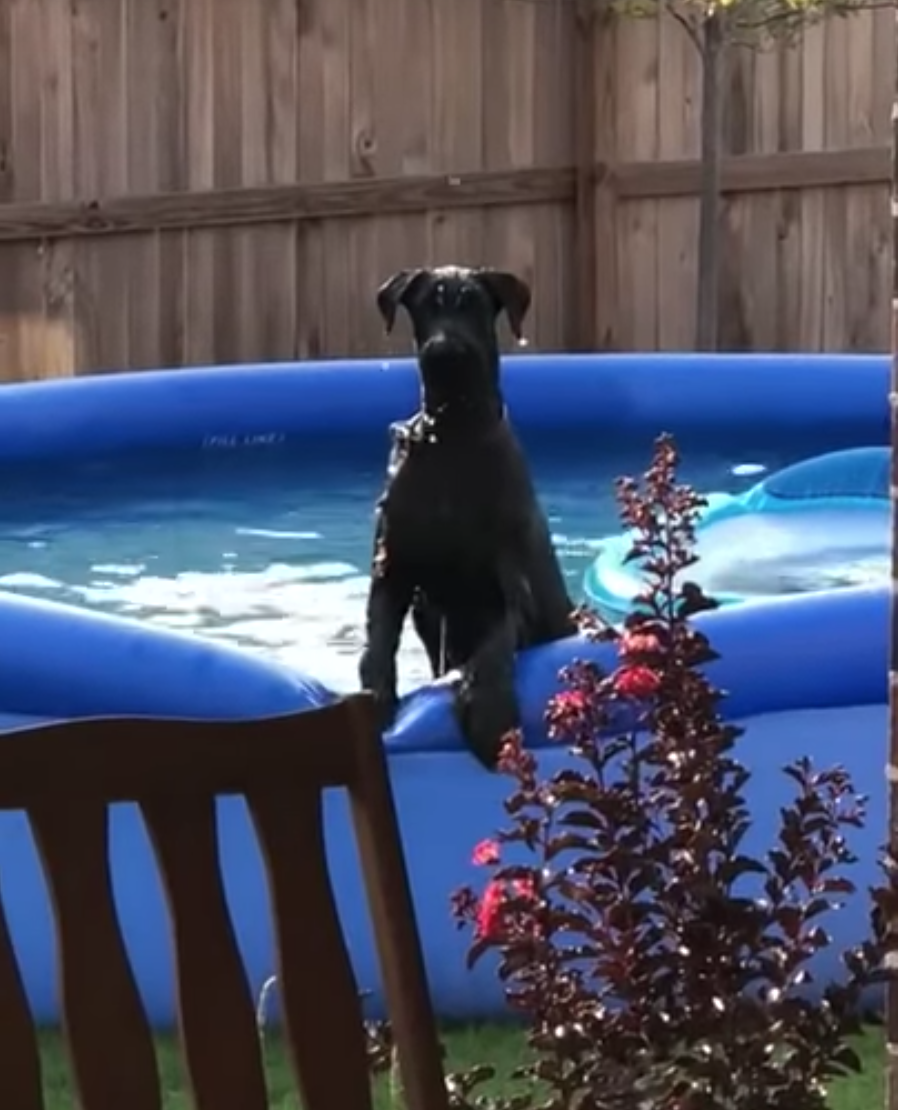 Dad sneaks up behind the dog with the camera rolling, and once Baxter notices him, the dog stops in his tracks and just stares. He tries to act cool and play it off as if it never even happened, and then he stands on the side of the pool in total disbelief. 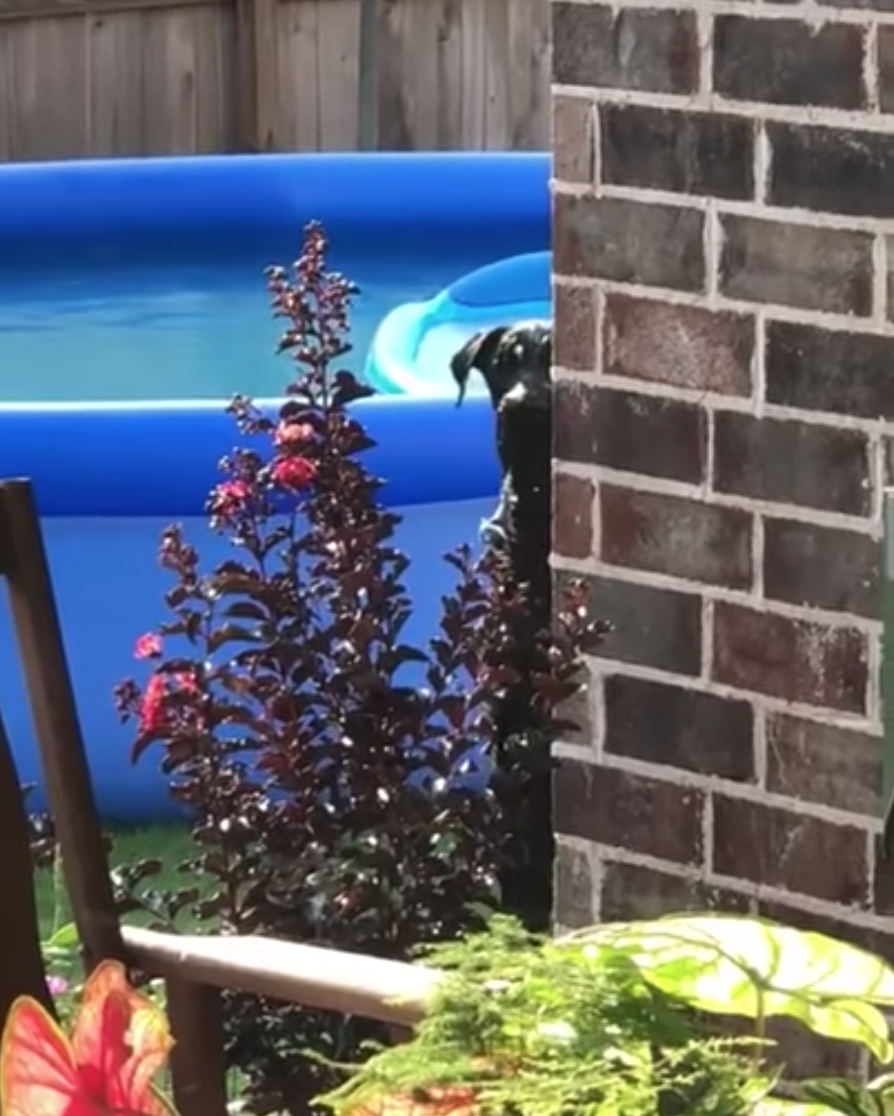 This is when it finally sets in for the guilty dog that he’s been caught, and there’s no way out from here. As Baxter hides behind the bush and slowly backs away behind the house, he lashes out in embarrassment. Too funny! 😀